Don Jr. Knows How To Keep His Woman Down Comments (0) 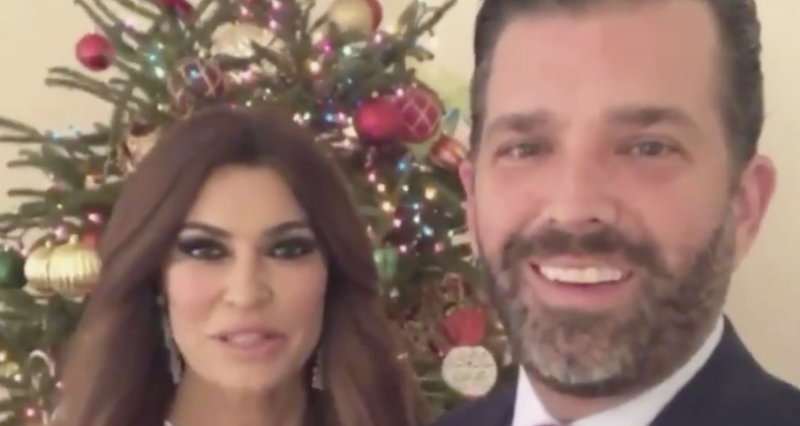 Coked-up Jr. is only “reasonably thankful” for Guilfoyle. And says so to her face! (Image via video still)

The Christmas greetings from Donald Trump Jr. and his squeeze Kimberly Guilfoyle really make an amazing contrast with the one from the Bidens.

The couple acts like Michael Scott and Jan at that infamous house party — on the verge of beating each other in frustration ...

Captain Romance @DonaldJTrumpJr manages to demean and insult his own girlfriend during their Christmas message. pic.twitter.com/sHHmOLXaz9

Maybe her ... behavior? ... has as much to do with his mixed-review comments as his state of mind? Like, um:

What is the name of this amazing new dance Kimberly Guilfoyle is doing? pic.twitter.com/GA0w6SpYTF