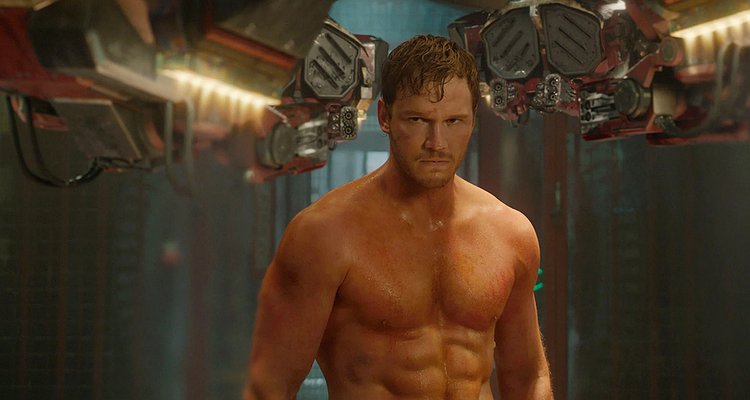 Who would Jesus do? (Image via Marvel Comics)

ATTITUDE: Chris Pratt's Guardians of the Galaxy character Peter Quill is bisexual and polyamorous. No comment yet from Pratt on this.

GAY FLESHBOT (WORK UNFRIENDLY): Good God, how have I missed these absurdly hot images of Nick Jonas with Bear Grylls in clingy boxer-briefs?! 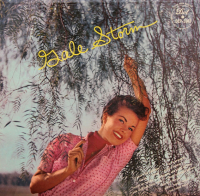 This model is hot, but I'm not sure I want to go back to '90s fashion for men. (Written by a guy who rotates two pairs of sweatpants and one hoodie in recent months.)

NY1: NYC is expecting 8-14 inches (gulp) of snow from Wednesday to Thursday, our first big snowfall. The storm is called Gail, so of course all I can think of is Gale Storm.

YAHOO!: For some reason, the Proud Boys have taken a shine to a very unique yellow kilt created by clothing company Verillas — which in a statement denounced the use, asserting:

Disgusted to see members of “Proud Boys” a fascist terrorist org wearing our products. We're LGBTQIA+ owned, operated, designed and lived. We're against everything they stand for. I see $750 of our gear in the picture - I just gave $1000 to the NAACP to redirect hate to love.

You can support the brand here. (How the fuck did the Proud Boys order from this site and not see the disconnect?)

When the LGBTQ+-owned and -operated Virginia kilt company Verillas saw photos circulating on social media that showed members of the violent, far-right group Proud Boys wearing its kilts in Washington, D.C., the company made sure its views were known. pic.twitter.com/TSKA4NGbVi

NBC NEWS: SCOTUS declined to consider an Indiana case that was trying to overturn a lower court ruling allowing same-sex parents to be listed on their children's birth certificates, amounting to a big win for gay parenting.

NYT: Vladimir Putin has finally congratulated Biden on becoming president-elect. He did so as warmly as he knows how — via telegram. Which, apparently, is still a thing.

“The Electoral College has spoken … I want to congratulate President-elect Joe Biden.” pic.twitter.com/zBHNOxATRH

ROLLING STONE: The New York Post is a horrible, reactionary tabloid; there is nothing positive about it. Case in point: It recently shamed an NYC EMT for daring to supplement her income on OnlyFans. Who. Cares? Why should anyone care what a medical worker does on her off time, other than to maybe think it's annoying that she can't survive on what she's being paid as a truly essential worker? She now has a GoFundMe to fight for her job. It has, so far, raised 10x what she was hoping to raise.

They always come for the sex businesses first (poor Rentboy), even when those other social media titans are not only profiting off of sex (albeit less so in the case of hypersensitive Facebook and Instagram!), but also off of being vessels for the distribution of disinformation. 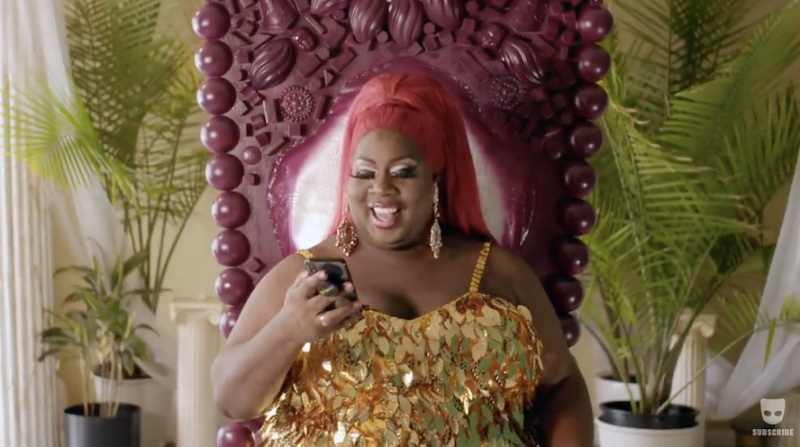 She isn't looking for stock photos of trees, or musty balls. (Image via video still)

OMG.BLOG! (WORK UNFRIENDLY): Watching Latrice Royale use Grindr for the first time in eight years makes me want to spend more time watching more people other than myself using Grindr.

YOUTUBE: Remembering the great Ann Reinking via a clip from 1982's Annie, one of the only films the Broadway legend ever did: