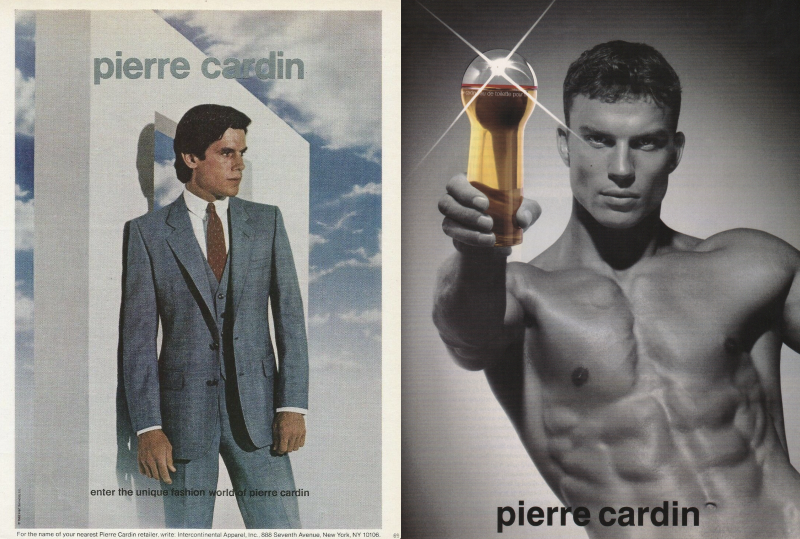 Cardin for him, over the decades (Images via Pierre Cardin)

NYT: RIP Pierre Cardin, one of the last living design greats of his era. The futurist fashion designer was 98. Though gay, Cardin had a long affair with Jeanne Moreau, as one does.

BOSTON GLOBE: Sen. Bernie Sanders (I-Vermont) and Ed Markey (D-Massachusetts) are vowing to stall the congressional override of Trump's defense-bill veto — until and unless there is an up-or-down Senate vote on sending $2,000 checks to Americans rather than $600 checks for COVID-19 relief. “This is no bluff,” Sanders has said.

TOWLEROAD: Did a COVID-19 patient have sex with his male nurse? He has the receipts, and in spite of living in virulently (no pun intended) anti-gay Indonesia, he posted them on social media. Now, an invesigation is underway: 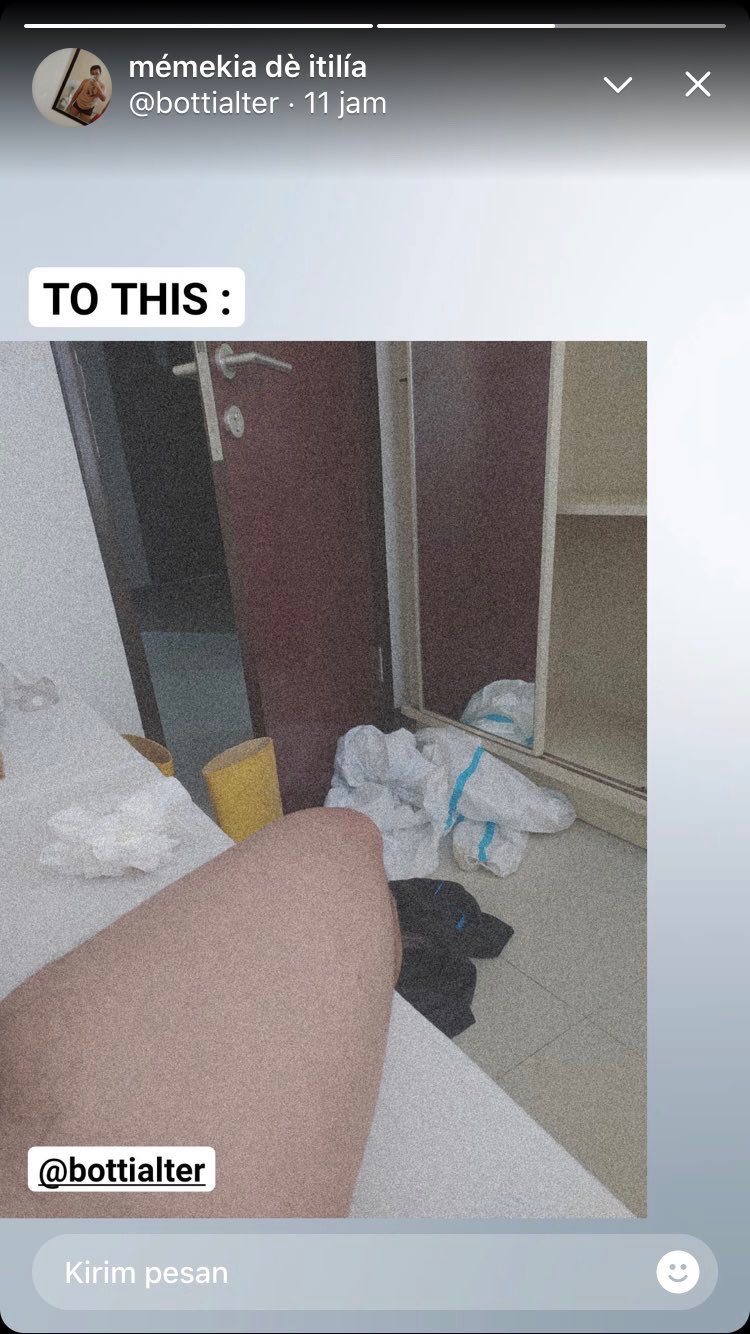 JOE.MY.GOD.: Waste of space rapper Lil Pump, 20, is already known for having endorsed Donald Trump — and then not voting — but now he may become known as the douche banned from JetBlue for declaring that COVID-19 isn't real and refusing to wear a mask. If you think karma is real, I would suggest this is but on example of how it is not. 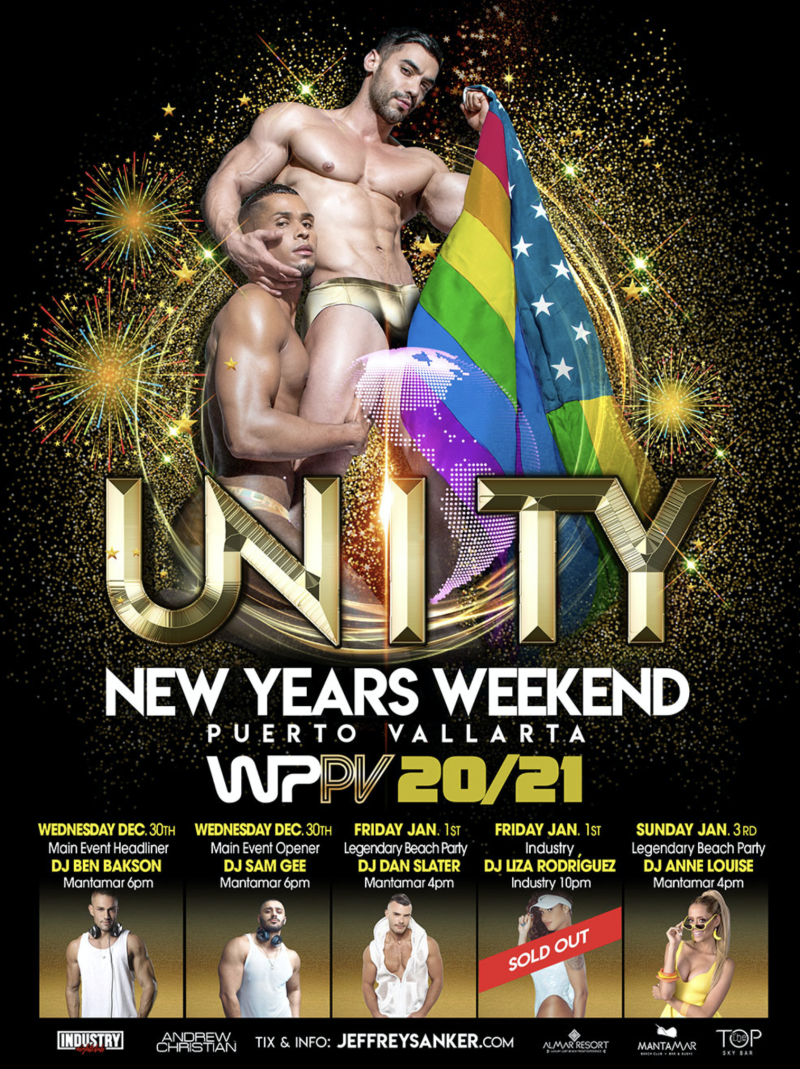 KENNETH IN THE (212): Why are so many people, and gay men included, behaving so irresponsibly now that COVID-19 is actually at its worst? Most people are not yet vaccinated, and the hospitals are packed, yet I have friends boasting about weddings they're hosting, trips to Puerto Rico, Puerto Vallarta, Tulum, Hawaii — and few or no masks in sight. Kenneth calls out White Party promoter Jeffrey Sanker, who is holding bashes for NYE in Puerto Vallarta with zero mention of safety. People also pointed out that Shangela is in P.V., hanging on people without a mask.

Two not unrelated notes: That gay male nurse who nearly died of COVID-19 after attending a circuit party in March, the one who wasted away to nothing and collected $20K in GoFundMe cash, is currently partying in Mexico. He disabled his social media to escape the condemnation. Also, how many IG influences and OnlyFans accounts do you follow that are nothing but gay men having anonymous hookups in a pandemic?

Nobody is perfect, and many who are doing all the right things are still getting sick — but why are so many people this willfully, proudly oblivious? I guess because they think their chances of getting desperately ill or dying are low, and they couldn't give a fuck about the people they infect whose chances are high?

And we can't even say we'll hold them accountable when this is all over because ... who is the we? It feels like most people are sliding into a giant shrug.

FACEBOOK: RIP to five-time Emmy winner Michael Slade, who worked on the digital series After Forever: The Series and the upcoming series Riley's Unforgettable School Project. He had battled cancer for a number of years.

INSTAGRAM (FOLLOWS APPRECIATED): An incredible number of famous faces were born on December 29, not least of which was the late, great Mary Tyler Moore. P.S. How did I never realize that Susie Garrett was the older sister of Marla Gibbs?!