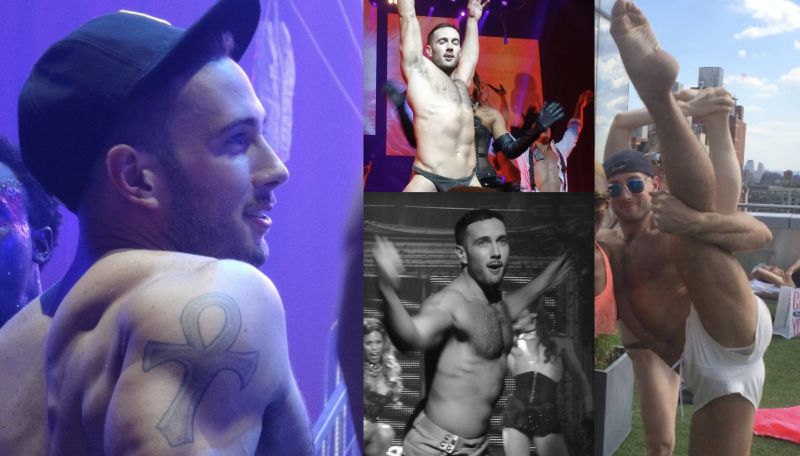 Casey Lee Ross, a stunning dancer who has appeared on Boy Culture many times — including here and here — has died suddenly, according to his social media.

Casey's final IG post was a shot of his torso with no text, and his many friends and admirers have been steadily posting remembrances there, many wondering what happened.

Here is my coverage of Casey at Broadway Bares in 2015. He was a spectacular dancer, and a stand-out that show with Laverne Cox!

Casey, who was one of my picks for the 39 hottest male bodies of 2015, was in the movie Step Up (2006), and his stage credits included Miss Saigon. At the time he was in that, he was chosen by Adam Feldman for his annual Time Out New York roundup of Broadway's hottest chorus boys, which was decorated with a pic of Casey by Rick Day.

When I interacted with him in 2015, he came off as very sweet. RIP.