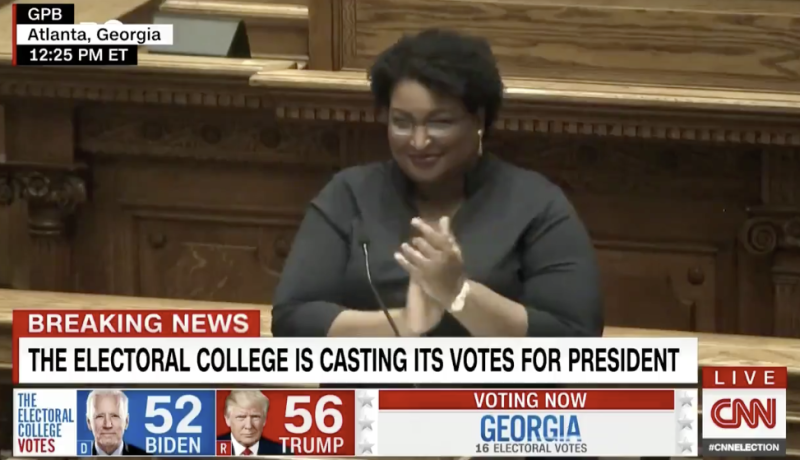 She has been such an impactful political presence! (Image via video still)

Stacey Abrams was elected to run Georgia's electoral college meeting, and became the person to announce that all 16 electoral votes for her state went to President-elect Joe Biden. Great to watch:

It’s official. Stacey Abrams tallies the votes of state electors and announces that Georgia casts all 16 of its electoral college votes to President-elect Joe Biden, the first time in 28 years a Democrat has carried the state in a presidential election. pic.twitter.com/RBj8fpOf2g

As a bonus, here comes Pennsylvia: