From our family to yours, Merry Christmas and Happy Holidays. pic.twitter.com/TJjZSN4Sj7

ABOVE: The Bidens are here with a sweet holiday message about giving back and giving thanks. And he promises there are “brighter days are coming soon.”

BELOW: Less Moore, a blast in Nashville, a Mormon sheds his undergarments and more ... 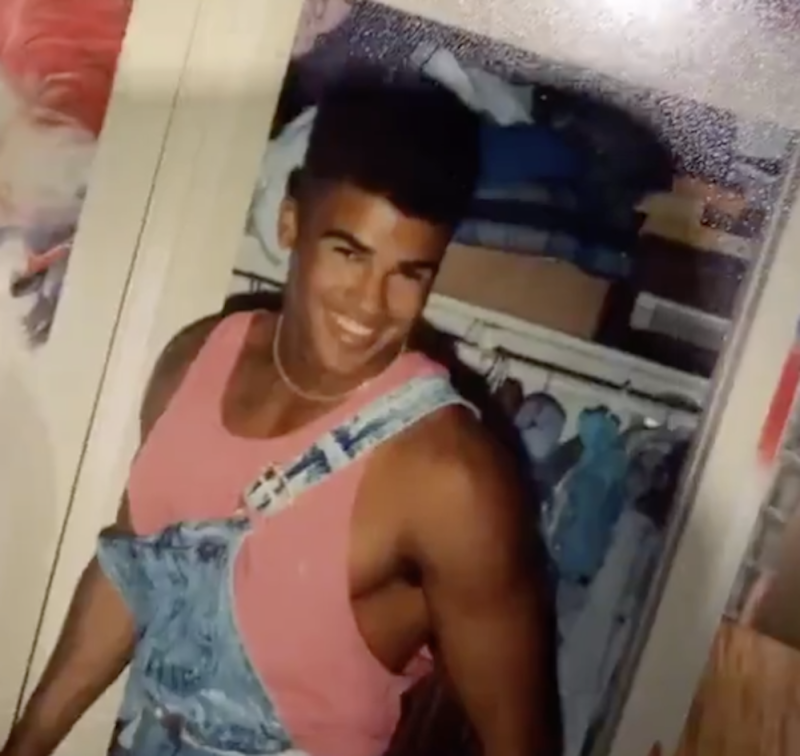 In the comments, a woman who looks like a tank snarks on how Shemar's ex looks compared to him today. Gee, maybe he was dumped not for his looks? (Image via TikTok)

TWITTER: Meet the woman who dumped Shemar Moore back in the day!

HUFF POST: A large explosion in downtown Nashville appears to have emanated from an RV. Though only three people received minor injuries, the blast was expansive, and came with an audio warning from the vehicle that promised an imminent explosion. Authorities immediately confirmed they believed it an intentional act.

TWITTER: Notorious club kid Michael Alig — who murdered and dismembered Angel Melendez over a drug debt and spent many years in prison for it — died early Christmas of a suspected heroin overdose. In September of last year, a clearly high Alig posted a rambling video providing a tour of what is apparently the apartment in which he died. Among its paintings, one featuring Hitler:

I've always found it interesting how so many downtown celebs forgave Alig and re-embraced him post-prison.

NYT: Trump's most disgusting pardons were of Americans who committed a massacre. A massacre.

POLITICO: Democrats have broken fundraising records ahead of the January 5 Senate race in Georgia — a race for which the USPS has guaranteed overnight delivery of mail-in ballots. Ossoff explicitly promised to do all he can for “our LGBTQ family”:

I will defend our LGBTQ family with everything I've got. pic.twitter.com/DUkoM0ba1b

JOE.MY.GOD.: Good news — along with suing Rudy Giuliani into oblivion, Dominion appears poised to sue the fuck out of that dippy lady from Michigan whose slurred speech and wild claims about election fraud earned her a Cecily Strong impersonation on SNL.

INSTAGRAM: Yes, he's ridiculously hot and impossibly well-built, but his post is about leaving anti-gay Mormonism and is worth READING and well as LOOKING AT. Though probably you'll read it once and maybe look at it once a day for a month.

TOWLEROAD: Marcus Bachmann, the husband of former Rep. Michele Bachmann — one of the looniest people ever to hold public office — has been appointed to an advisory board on mental health by Trump, even though Bachmann espouses conversion therapy. I sure hope Biden can and will undo all these outrageous appointments.

This is from something called Synonyms. (Image via video still)

ADVOCATE: Gautam Raghavan, a gay Indian-American, has been chosen as deputy director of the Office of Presidential Personnel. He had previously served in the Obama Administration.

JUST JARED: Yes, they're rebooting Sex and the City, and no, Kim Cattrall will not return:

I remember getting a lot of grief on social media for not wanting to do a film. It was astonishing some of the things people wrote to me — “I work in a bank and I don’t like this person and I don’t like the hours, but I do it. So you just do it! Give me what I want. I do it. I’m miserable, you be miserable too.”

OMG.BLOG! (WORK UNFRIENDLY): Watching Pancake the Pomeranian open his present — a little brother! — is what I need! 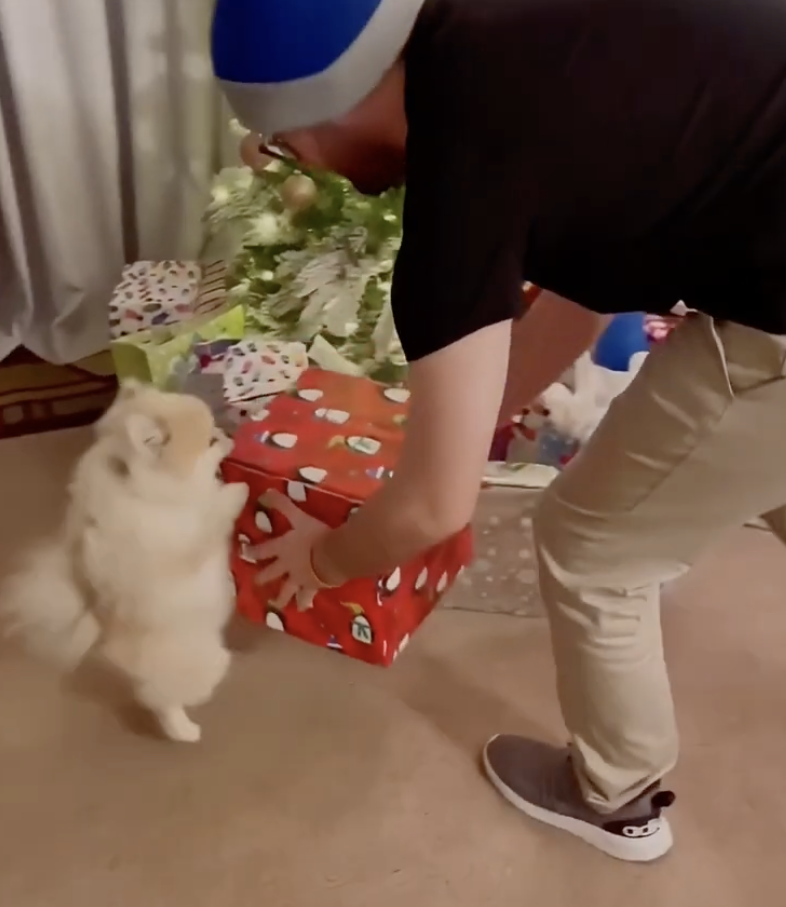 The one time it's okay to give someone a puppy for Christmas! (Image via video still)