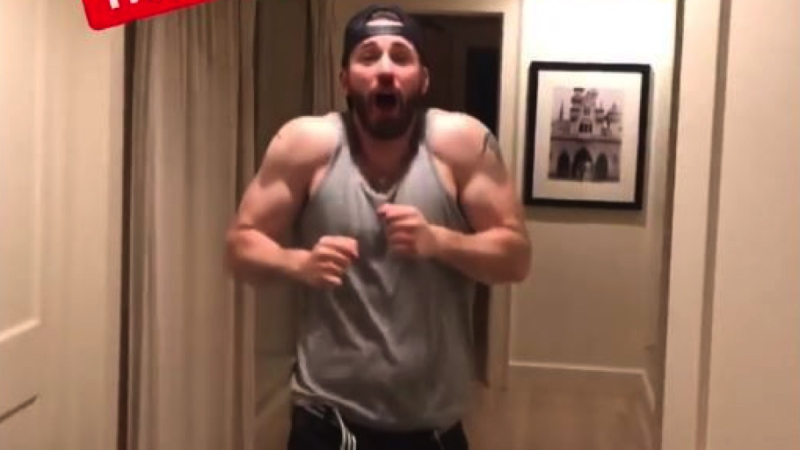 SOCIALITE LIFE: I ain't afraid of no biceps! 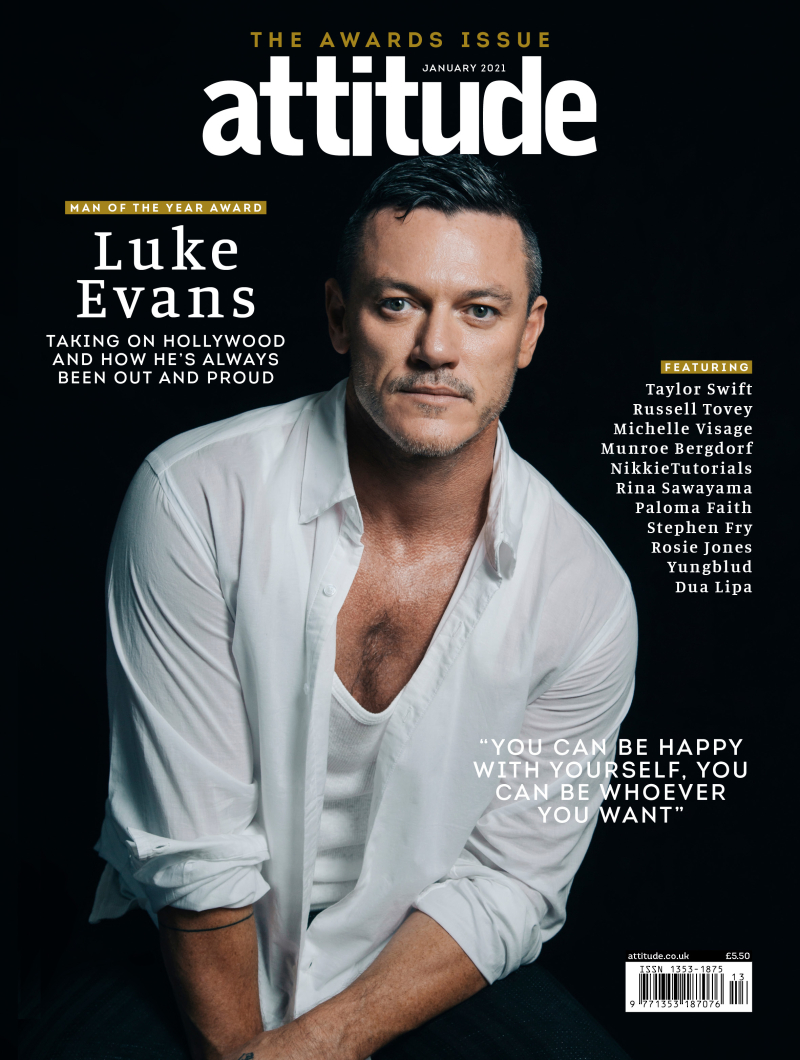 Good for him. (Image via Attitude)

ATTITUDE: Luke Evans is Attitude's Man of the Year Award recipient — and he deserves it. I like him a lot as an actor. However, he's being dishonest in claiming he never went back into the closet once his career heated up. He absolutely did. His team discouraged the media from affirming that he had come out as gay previously. Now, he is claiming it was details of his private life he was holding sacred, not his sexual orientation, but this doesn't track with what happened:

It was the last thing I had, because everything else I’ve given to the world. My career was public, I was photographed, and all that stuff. My personal life just became the last thing that I had. Also, what was strange was that when people did find out that I was gay, there was a lot of articles and stuff written saying that I was hiding it, and I wasn’t.

I just wanted to get online and I wanted to pick up the phone and say, “Do you realize I left home at 16 because I was gay?” I went into the world as a kid, because I had to. I am proud and happy, and I’ve lived a very big life that I’m super happy with. And I’ve never been ashamed. And now all of a sudden I was being treated in this way and it was a scary moment because I was, like, “Oh, God, this is horrible. This is not true. None of this is true.”

So, more power to ya, and it's all over now, but that ain't what happened. Your representative swatted down commentary about you being openly gay and chalked it up to immaturity. Moving on! 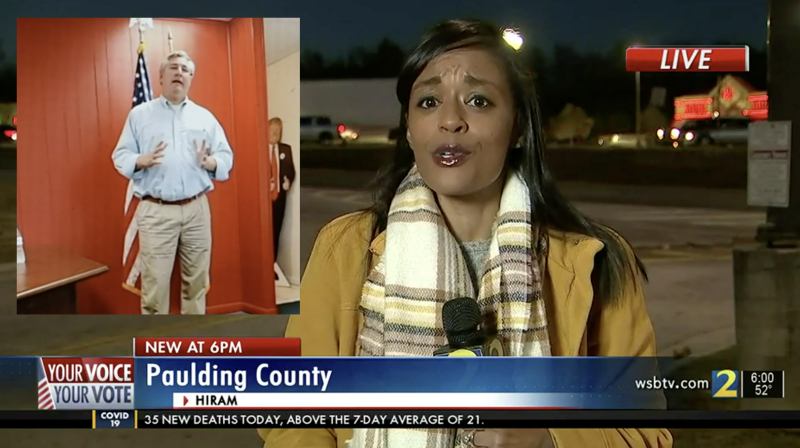 Hats off to Carr, who ran down this story about Price (inset). (Image via WSB-TV)

WSB-TV: As always, it is the Republicans who are eager to commit voting fraud. Bill Price, a Florida lawyer, gave a Facebook Live speech to Bay County, Florida, GOPers in which he openly encouraged Floridians to lie about residency and register in Georgia to save the Senate. When a reporter, Nicole Carr, asked him about his illegal comments, he said he was joking and that he would not do that. She checked. He had, in fact, illegally registered to vote in Georgia the day after he made the speech. Now, he is being investigated.

This is FUCKING EMBARRASSING!! pic.twitter.com/8fszMT8pbm

HUFF POST: Trump spewed 46 (!) minutes of lies about the election, claiming it was rife with fraud. It is crystal-clear now that if he thought he could get away with seizing power via coup, he absolutely would. And perhaps as much as 40% of the country would be okay with the U.S. foregoing democracy. (Live-tweeting by Leslie Jones made the 46 minutes tolerable.)

POLITICO: Kayleigh McEnany's husband showed up to a White House briefing (with no business being here) sans mask. When a reporter asked why the guy was not in a mask, an official snarked, “Kayleigh's husband?” as if to say he is above reproach.

CNN: Obama, Bush and Clinton have volunteered to get COVID-19 vaccinations on camera in a bid to help reassure people they're safe — once Fauci, not Trump, deems them to be.

INSTAGRAM: RIP Rafer Johnson, 86. He was an Olympian and movie actor who was one of the three men to tackle Sirhan Sirhan after the assassination of Bobby Kennedy. Now, only (right-winger) Rosey Grier remains alive from that trio.

COE: The Council of Europe Commissioner for Human Rights, Dunja Mijatovíc, has published a memo calling on Poland to reverse its current campaign against LGBTQ people. 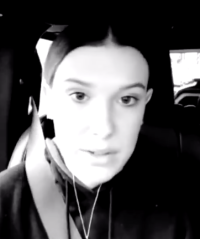 Brown, 16, breaks down in tears talking about a girl who asked to video her in a store, was told no and did it anyway. Terrible behavior. My thought is: It's perfectly legal to video or photograph a person in public — and yes, a privately owned store is still public in the eyes of the law; the store's rules are a different matter — so why ask if you're going to then ignore a negative answer? (I fight with people once a year about whether it's illegal to film someone without their permission; it is legal. Surely you realize all those Karen videos don't come with waivers? Surely you realize all those street photos (many turned into memes) don't come with waivers? But back to the matter at hand — don't ask someone's permission then argue with them.

KENNETH IN THE (212): When your butt enters a room first.

INSTAGRAM: Newly out Real Housewife Braunwyn Windham-Burke, 43, has shared the first photo of her girlfriend, Kris, as part of an Instagram Story birthday shout-out. 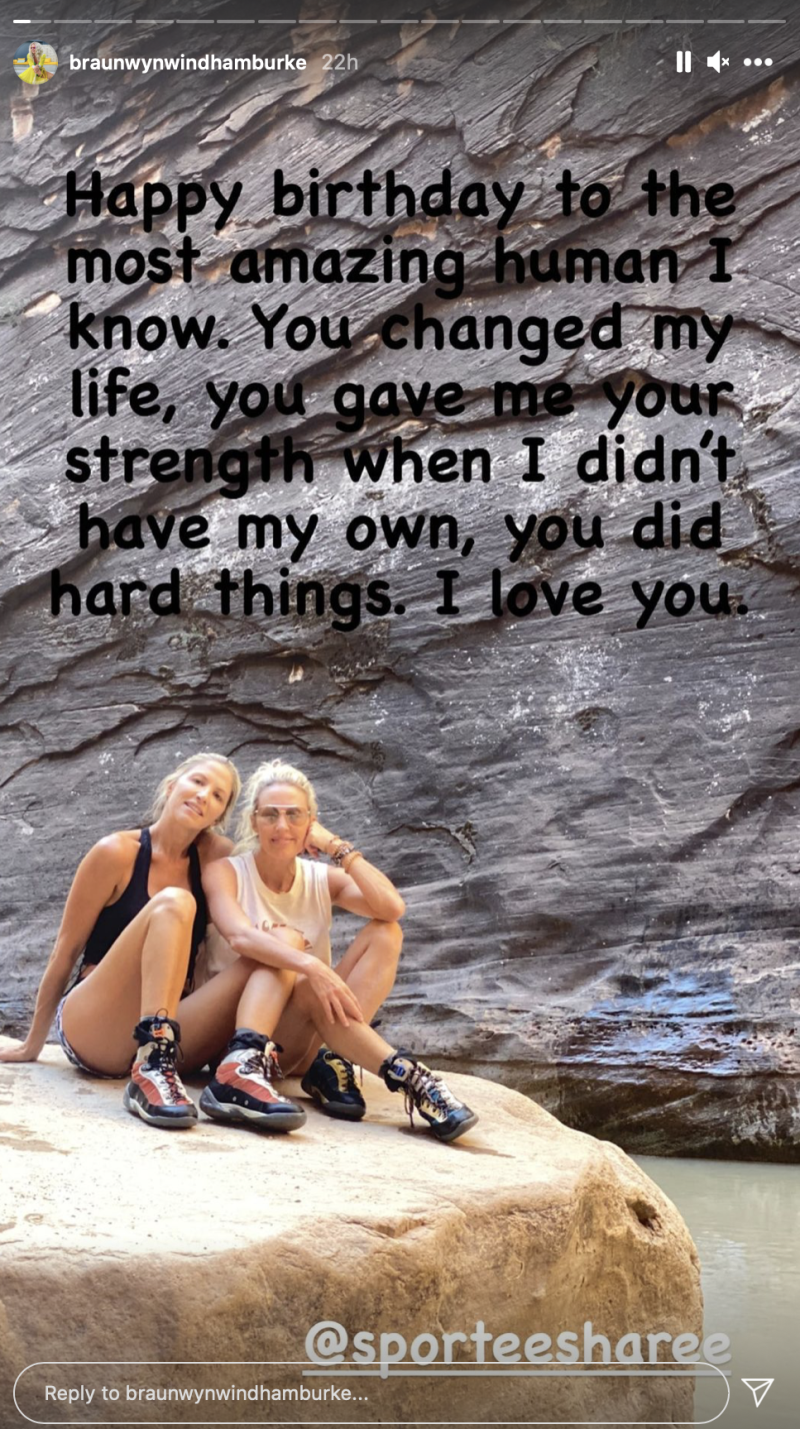 Kris & Braunwyn, a double on the rocks ... (Image via Instagram Story)