ABOVE: If you like the above model, you may also like the virtual influencer he has inspired.

BELOW: Cringeworthy Xmas snaps, Trump's threat to stay put, Russia hacked the fuck out of us (will they nuke us? or just own us?), Trump's neighbors hate him and more ... 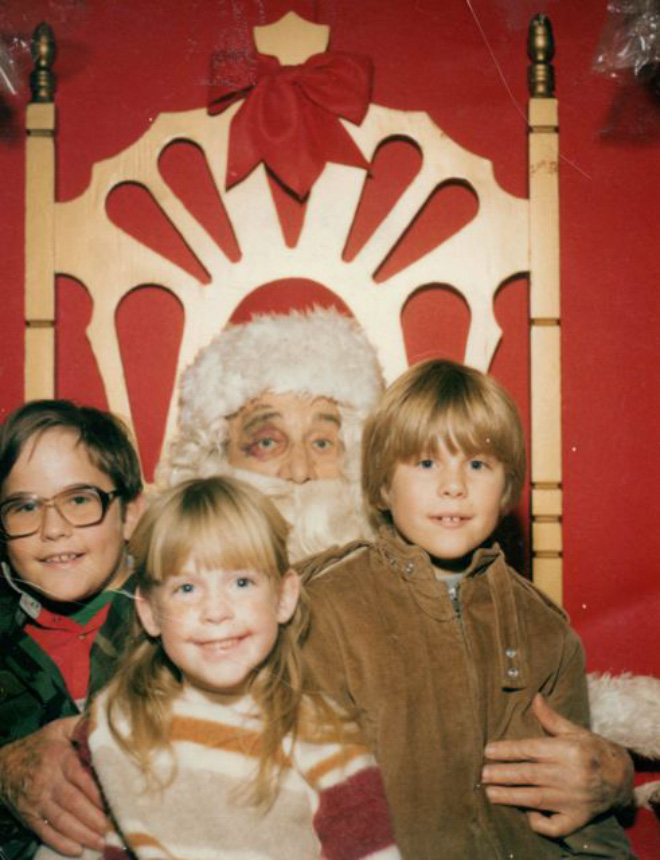 You shoulda seen the other ho! (Image via OMG.Blog!)

OMG.BLOG! (WORK UNFRIENDLY): A collection of cringeworthy family Christmas photos that will stuff your stocking with bewilderment. 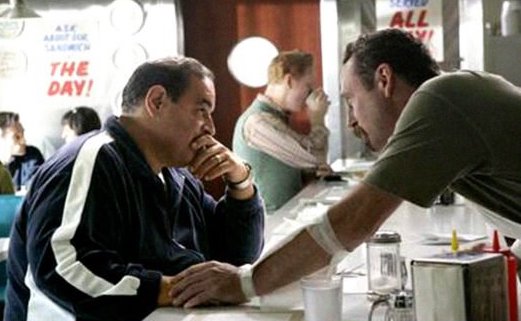 Gay-married to the mob (Image via HBO)

MEL: A comprehensive oral history of the gay ('member Johnny Cakes?) storyline on The Sopranos 14 years ago, the one that ended with the murder of Vito Spatafore. Joseph R. Gannascoli, who played Vito, originally suggested the storyline — then was surprised when he found out it might be coming true:

So I asked my guy, “What’s going on in the next episode? Am I dying?” That was always everyone’s concern, getting knocked off. So I asked him, and he said, “No, no, you’re good. But let me tell you, you’re blowing somebody.” I said to him, “What are you, a fucking jerk-off?” and he said, “No, yeah, you’re gonna be blowing a guy.” I told him, “Get the fuck out of here!” and he said, “Okay, you’ll see.” After that, I got thinking, “Holy shit, they’re gonna do it!”

CBS NEWS: The obviously Russian hack of the U.S. government is possibly the biggest, most dangerous security breach in our history — and Russia owns our lame-duck, mentally ill president and his party. Quite a combo.

WAPO: Trump's Mar-a-Lago neighbors don't want him there, and are pointing to an agreement he apparently signed in the '90s that prohibits him from actually taking up residence at the club. You know, Mar-a-Lago — the place he has listed as his legal residence for voting purposes.

RANDY REPORT: So, it's now on the table that Trump may physically refuse to leave the White House when Biden is sworn in as our next president. So ....

QUEERTY: Avril, a 17-year-old trans girl, was humiliated by a school administrator for wearing a skirt. Now, she's dead by suicide. Why is the enforcement of gender norms (you will recall the American boy punished for daring to paint his nails) worth more than the happiness — and the lives — of schoolchildren?

POLITICO: Biden is pissed about the unfair accusations against his son, but pledges to take the high road in attempting to work with even the people trying to smear Hunter.

I'm glad he has specifically called out Sen. Lindsey Graham as a former friend:

WPIX: I think it's

important for public figures to get COVID-19 vaccinations publicly, and as the COVID-19 czar, it's good that Mike Pence did so — but it also rankles that my mom, who could really use one, won't get hers until many weeks after a man who is part of the Trump Administration, which has downplayed the seriousness of the virus, pooh-poohed the wearing of masks and ushered us into the hellish phase in which we all still find ourselves.

SIGHT: Christian singer Lauren Daigle participated in the COVID-defying Let Us Worship rally and concert hosted by Sean Feucht, a move that appears to have cost her a coveted slot on Dick Clark's New Year's Rockin' Eve.

WKMG: Another example of religious grifters — a family was operating as a foreign ministry in Orlando and recieved over $8M in PPP relief aid before returning to Canada. From there, they were attempting to buy a $3M house near Walt Disney World. People just simply have no shame. Imagine all the people desperate for money, and they're hording it like the ticks they are.

KENNETH IN THE (212): Jimmy Fowlie is killing it as Carrie Bradshaw.