Staring at this pic could lead to tennis elbow. (Image via Instagram)

BOSGUY: Might be the sexiest man-in-kilt pic I've seen yet. Maluma gushes about J.Lo and Madonna inside. (Image by Micaiah Carter for Elle)

MEDIAITE CIRCA 2020: It's Martin Luther King Jr. Day, and once again, a reminder: Sen. Chuck Grassley (R-Iowa), Sen. Richard Shelby (R-Alabama), Rep. Hal Rogers (R-Kentucky), and House Minority Whip Steve Scalise (R-Louisiana) all voted AGAINST this holiday. Pure racist trash, and Grassley is actually not many people away from being POTUS, in a catastrophe, since he is president pro tempore of the U.S. Senate.

TWITTER: Rep. Steve Cohen (D-Tennessee) confirms he saw Rep. Lauren Boeber (R-Colorado) conducting a tour inside the Capitol after January 3, but before January 6. Why would this woman, newly elected to the House, already be taking what he calls a large group of looky-loos around the Capitol? This is the same woman who tweeted that Speaker Pelosi had been moved and referred to January 6 as 1776 on social media. She's going down:

Boebert was acting as a tour guide in the Capitol days before the 6th — why? She's brand-new there. pic.twitter.com/Y7fbqiW7uF

THE HILL: Cowboys for Trump founder arrested for role in Capitol insurrection.

We don't consider that free speech.

FORBES: Giuliani won't be on Trump's legal team when it comes time (soon!) to stave off a conviction in the Senate, but it's not because he's an embarrassing, incompetent buffoon — it's because he'll be a witness. What's beautiful is that by the time the Senate reconvenes, we will see who Trump has pardoned, which will only add fuel to the fire, and make it harder for Republican senators to ignore his criminality.

JOE.MY.GOD.: Adding to Trump's morass of legal jeopardy, Joe Scarborough may sue him for insinuating he murdered a staffer. 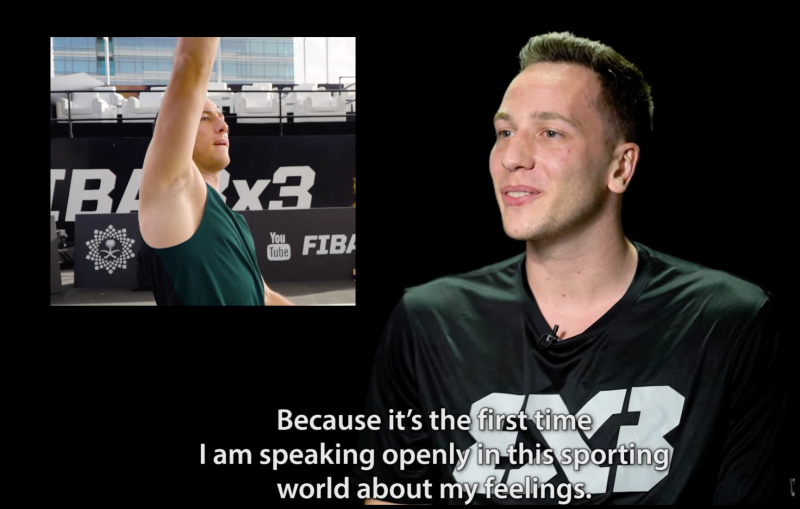 Lehmann's move is a first in his country. (Images via video stills)

My name is Marco Lehmann. I’m a 27-year-old professional 3x3 basketball player and I decided I would not wait till I retire to announce that I’m gay. I mean, I'll take both. (Image via video still)

OMG.BLOG! (WORK UNFRIENDLY): Drag Race UK Season 2 is here, and so is a certain juicy ginger Pit Crew member who, it turns out, has posed fully naked.