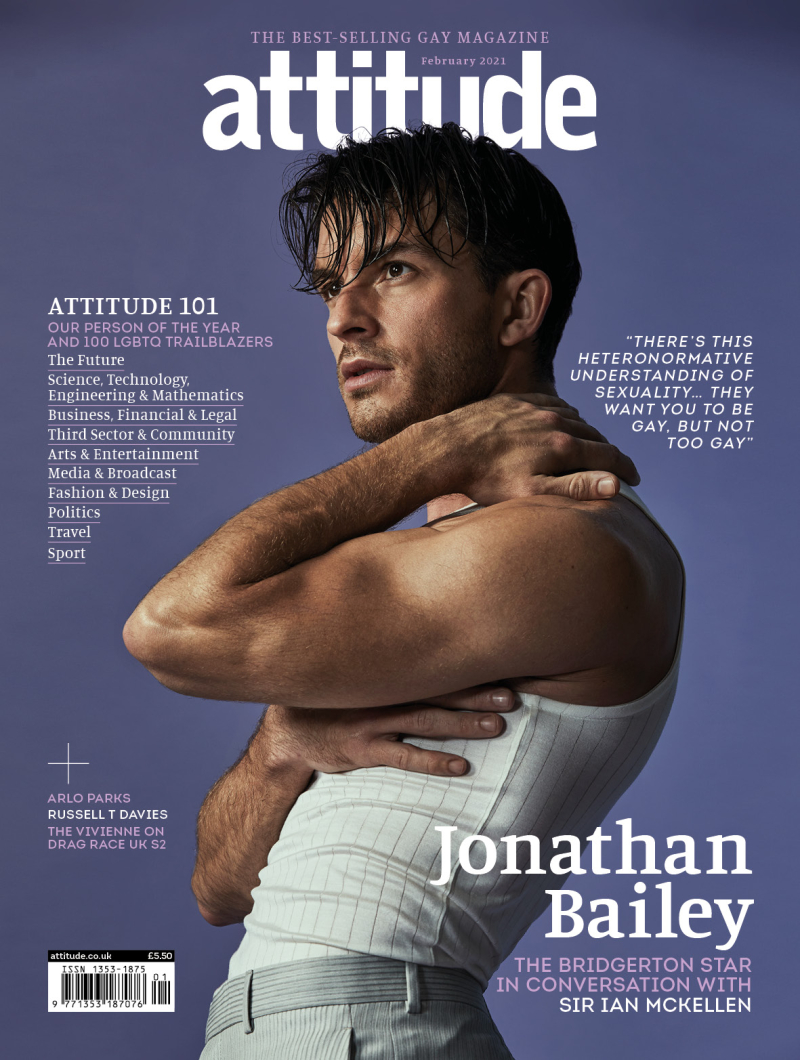 We can sometimes be our own worst enemies. (Image via Attitude)

ATTITUDE: Jonathan Bailey of Bridgerton chats with Sir Ian McKellen for Attitude, and offers this nugget:

The most conservative conversations I’ve had about me being honest about my sexuality in this day and age have come from gay men in the industry, “Oh, no, you can’t come out. You shouldn’t really do that. If you do that, you’re going to have to…” They’re either people who work in publicity, or there’s also been casting directors who have put the call into my agent to say, ‘Just so that you know, the way that this is going to be sold is that it’s a gay story written by gay writers for gay actors. So by just taking the role…’

This was at a stage where perhaps I was coming to terms with my own sexuality, I hadn’t necessarily hidden it… But I’ve never been not honest about it. It’s just there had never been a need to talk about it. There’s a sense of shame, I think, that’s palpable throughout gay men within the industry. But then there’s also this heteronormative, heterosexual understanding of sexuality.

NYT: Pence has ruled out the 25th Amendment, and apparently prolonged the suspense just to buy Trump more days ahead of now-certain impeachment.

NYT: Outgoing Senate Majority Leader Mitch McConnell (R-Kentucky) is said to be expressing pleasure, privately, that the House intends to impeach Trump. Meanwhile, House Minority Leader Kevin McCarthy (R-California) is privately lobbying for Trump to simply be censured (that's NOT happening), and apparently will not lobby his members to vote in Trump's favor, instead allowing them to vote their consciences. Also: At least four House Republicans will vote to impeach.

Tonight, I have the solemn privilege of naming the Managers of the impeachment trial of Donald Trump.@RepRaskin@RepDianaDeGette@RepCicilline@JoaquinCastrotx@RepSwalwell@RepTedLieu@StaceyPlaskett@RepDean@RepJoeNegusehttps://t.co/6yMWMEnBTW

POLITICO: Rep. Liz Cheney (R-Wyoming) — who Trump wanted to get rid of even before his coup attempt — is the #3 Republican in the House, and she is now on the record urging that Trump be impeached. In fact:

I am going to hazard the guess that there is even more we don't already know about the coup, and that these Republicans (who, to be fair, could have been lynched during it!) do know. 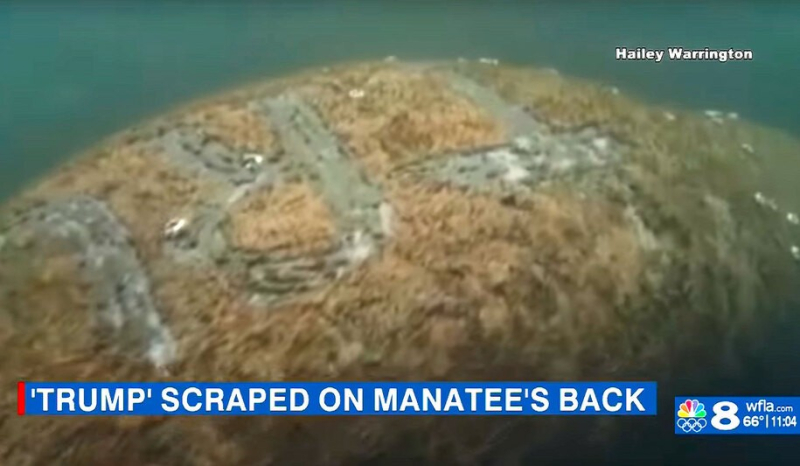 DAILY KOS: Someone wrote TRUMP on a living manatee. An investigation seeks info on who harassed the protected species — and whether the writing is merely in algae on its surface, or scratched in.

TOWLEROAD: CNN reporter breaks down over COVID-19 deaths in California, where a person dies every eight minutes.

WAPO: Hydroxychloroquine lunatic Simone Gold was one of the insurrectionists at the Capitol.

TWITTER: For Rep. Lauren Boebert (R-Colorado), not only are masks too much, but she now refuses to be searched or to go through a metal detector when entering the Capitol — days after a failed coup attempt. And she was allowed onto the House floor! If everyone else has forgotten that terrorists and killers are sometimes within government, perhaps Sen. Dianne Feinstein can remind everyone about Dan White? (P.S. I am certain it's a formality, and I am 100x more certain she'll NEVER become the candidate again, but Feinstein just filed papers for 2024. She'll be 91, if alive, and will be a doorstop.)

Law and order means nothing to them. (Image via Twitter)

DETROIT FREE PRESS: Ex-Gov. Rick Snyder (R-Michigan) and others will be brought up on charges pertaining to the unconscionable Flint, Michigan, water scandal. Glory be!

INSTAGRAM: This Madonna book from Japan is going to be amazing. It was a quickie promo shoot with very little to distinguish it, except for the fact that Madonna was at her absolute most beautiful — and the few shots we have seen are stunners. To imagine HUNDREDS of outtakes are coming is a dream for Madonna fans.

GR8ERDAYS: Dustin Diamond of Saved by the Bell is terribly ill, possibly with cancer; Bruce Willis is a belligerent anti-masker in a city swamped by COVID-19; and more.

Screech has a history of cancer in his family. Hope he is okay. (GIF via GIPHY)