I may need to catch up on this show's 11,000 seasons. pic.twitter.com/VEeNKdGQTB

TWITTER: The Walking Dead has introduced a gay storyline via actors Jelani Alladin and Nico Tortorella, freaking out a % of the show's fanboys. In response, they've said:

Hi, hello. If LGBTQ+ characters on television (or anywhere) make you uncomfortable or angry, please unfollow us. While we also encourage you to look within and be more accepting, know that there is no place in our fandom for hateful discrimination or willful ignorance. Thank you. 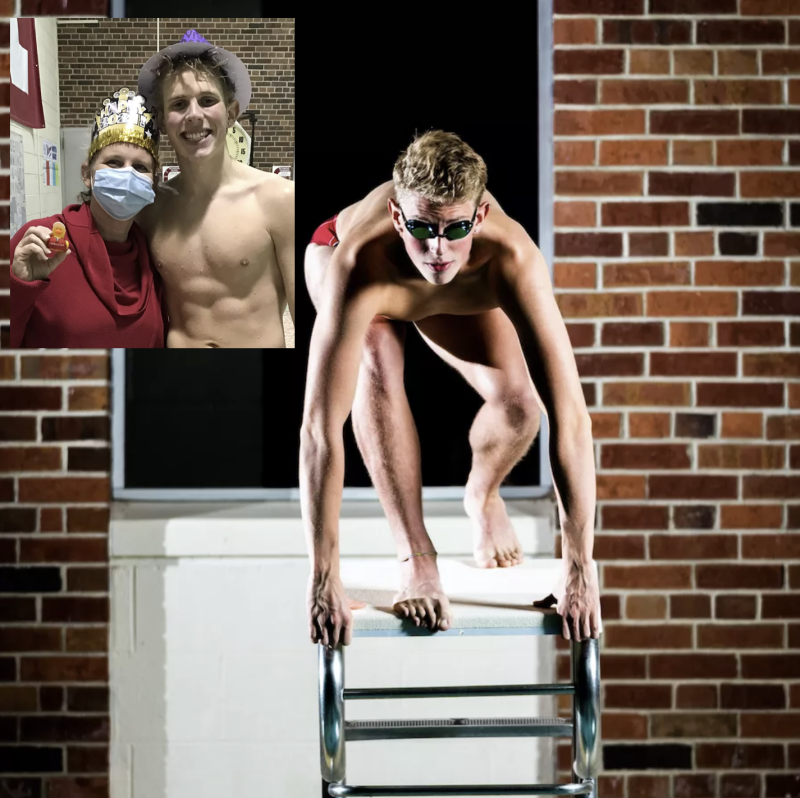 Quinn has been out since middle school. (Images via handout)

OUTSPORTS: In conservative Indiana, an openly gay 11th-grade swimmer's mom has his back. 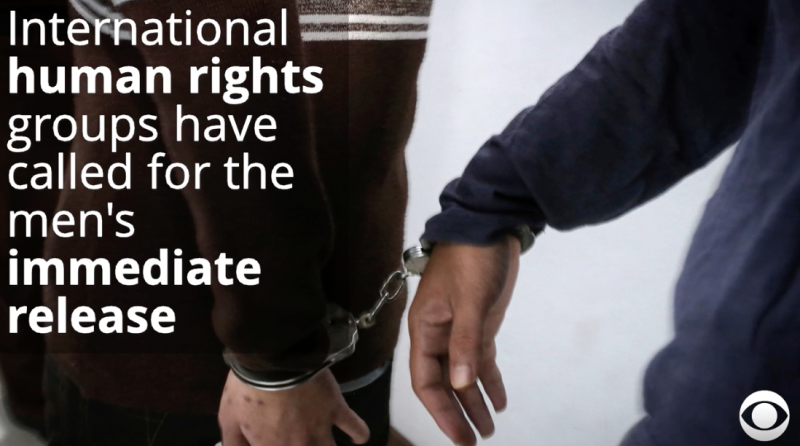 The men could have received up to 100 lashes. (Image via CBS)

CBS NEWS: In Aceh, the only province in Indonesia that observes Shariah law, two men were caned publicly 77 times after neighbors turned then in for having sex with each other. Savagery.

HUFF POST: Federal judges are semi-retiring or retiring at a fast clip now that President Biden is the person, not Trump, who will replace them.

AUSTIN AMERICAN-STATESMAN: A Texas state rep has filed for the state to secede from the U.S., the first time this has happened in 100 years. As the linked article points out, the rep's hardware store still flies the U.S. flag (and sells them), and he took an oath, hand over heart, that was what we call a pledge of allegiance to the republic ... for which it stands ...

"I absolutely remember that," Parkland shooting survivor David Hogg says about GOP Rep. Marjorie Taylor Greene confronting him before she was elected. "As I was told growing up, it's just better not to respond to bullies and just walk away." https://t.co/oCz4TNhi7h pic.twitter.com/kt8eLmEUoZ

CNN: David Hogg, the Parkland shooting survivor hounded by Marjorie Taylor Greene, is speaking out about her harassment and why she is a danger to us all. He says:

If they shoot me, they prove my point, and you can't kill a movement.

CNN: Virginia state Sen. Amanda Chase, a Republican running for governor, has been censured over her insistence on calling Capitol rioters “patriots.” (Why are these nasty Karens always blond and braying?)

POLITICO: This is maddening, but it is looking like many of Trump's last-second appointments he made to various bodies and boards — jobs for Kellyanne Conway, Pam Bondi, Corey Lewandowski, etc. — could be hard if not impossible for Biden to dislodge. It may take congressional action, or Biden may have to live with these unqualified cronies having high-paid jobs and sway over matters in which they have no experience.

ABC AU: List of countries with best COVID-19 response — #1 is New Zealand, #8 is Australia. The U.S. flopped badly. The creators of the list noted:

[T]he countries at the top of the list included liberal democracies, authoritarian and hybrid regimes, but all enjoyed the benefits of effective institutions.

KENNETH IN THE (212): Pics of cute dudes in underwear always make me want to buy the underwear. But the companies always say the ones they were wearing aren't up for grabs.