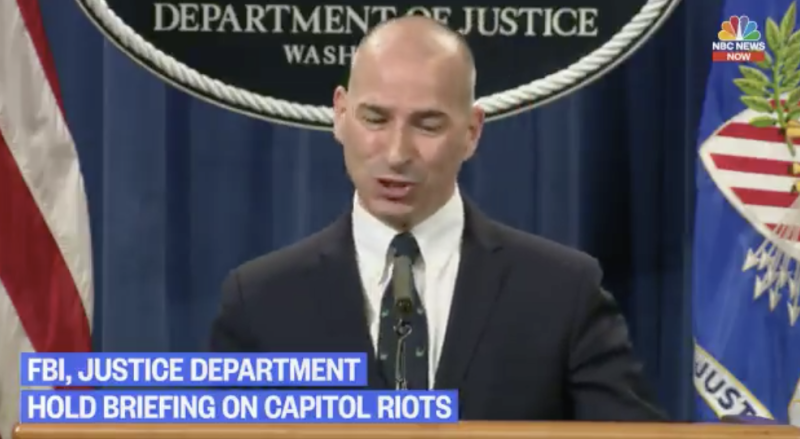 Even the least of the offenders are going to be paying for their crimes. (Image via video still)

DOJ is looking at up to 20 years for at least some of the people who rioted at the Capitol. I think the charges we've heard so far are placeholders:

BREAKING: DOJ says "we're looking at significant felony cases tied to sedition and conspiracy," charges that have prison terms of up to 20 years.

“You will be charged and you will be found," acting US attorney in DC Michael Sherwin says. pic.twitter.com/1lj8Bbk01L