Dr. Deborah Birx: I SAW THE PRESIDENT PRESENTING GRAPHS THAT I NEVER MADE Comments (0) 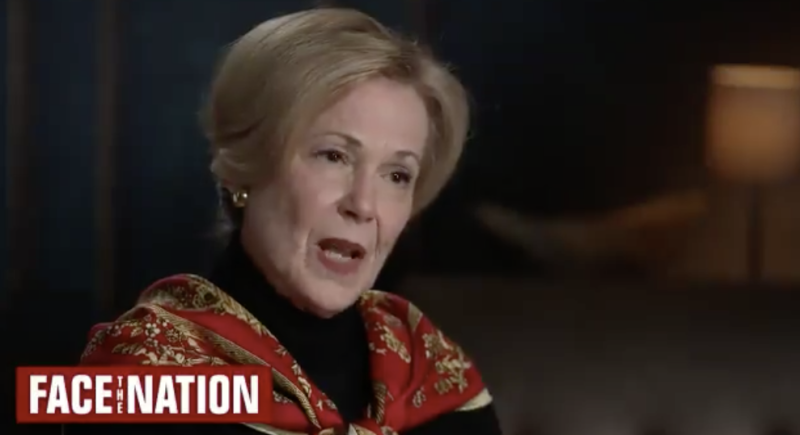 She doesn't know who was feeding Trump lies, but we all know she stood by for it. (Image via video still)

Dr. Deborah Birx — who I suddenly realize has Rachel Dratch's voice! — is continuing on her apologia tour, trying to regenerate the decades of clout and confidence she flushed down the pooper by too closely parroting and providing cover for Trump.

Methinks it's too late.

But still, it is interesting to hear her, on Face the Nation, openly admitting there were parallel data streams being received at the White House, one of which had sources she was never able to determine:

"I saw the president presenting graphs that I never made. So I know that someone ... was creating a parallel set of data and graphics that were shown to the president. I don't know to this day who." -- Dr. Birx pic.twitter.com/ql811iB8WG