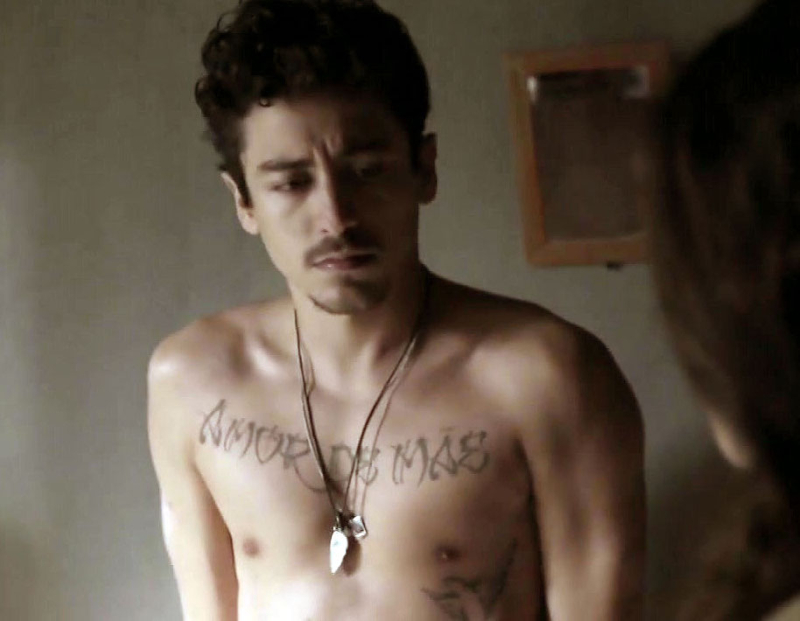 He is committed to the nudity, too. (Image via video still)

TWITTER: Capitol Officer Michael Fanone offers a riveting story of how he was almost killed with his own gun by Capitol rioters — but it's the very last sentence you gotta hear:

Listen to Officer Michael Fanone's interview about being attacked by rioters — and spared by a handful — on January 6. His very last sentence is perfection: pic.twitter.com/2woLXzPMFb

KMOV: QAnon Shaman Jacob Chansley has hired Albert Watkins (who repped the gun-waving white lawyers) as his attorney. Watkins says Chansley did no wrong because he was invited to the Capitol by Trump, a great line of reasoning for senators to use in Trump's impeachment trial. Also, ridiculously, he is openly asking Trump for a pardon. The reason this is ridiculous is it puts an unwelcome pressure on Trump — and, IMO, makes it less likely he'll do it. After all, the guy is blaming Trump for something Trump is claiming he didn't do, and then wants a pardon for it?!

She thinks she knows more than you do about how the world works. (Image via video still)

QUEERTY: Christine Priola, the lunatic shown inside the Capitol at Pence's chair, had previously quit her job over her refusal to get vaccinated, her objection to union dues somehow supporting abortion — and her desire to become a full-time anti-pedophilia crusader. In other words, like most of the people inside the Capitol, she is another QAnon lunatic.

WKRG: Alabama may have the dumbest senator in

recently elected Sen. Tommy Tuberville, a Republican athlete with zero political knowledge. His latest idiocy: He thinks we should delay the inauguration of Biden until after COVID-19 is behind us (you know, the virus people in his neck of the woods are ignoring?), even though January 20 is set in constitutional stone. He also says impeachment makes no sense and is using Trumpspeak like “swamp.” What makes no sense is trading Doug Jones for this POS.

TULSA WORD: Sen. Tom Lankford (R-Oklahoma) is no dummy, just a disingenuous rat. After contesting the results of the presidential election, he's now sucking up to Black voters in North Tulsa, apologizing for his bid to disenfranchise mostly Black votes. He says his actions:

... caused a firestorm of suspicion among many of my friends, particularly in Black communities around the state. I was completely blindsided, but I also found a blind spot. What I did not realize was all of the national conversation about states like Georgia, Pennsylvania, and Michigan, was seen as casting doubt on the validity of votes coming out of predominantly Black communities like Atlanta, Philadelphia, and Detroit. After decades of fighting for voting rights, many Black friends in Oklahoma saw this as a direct attack on their right to vote, for their vote to matter, and even a belief that their votes made an election in our country illegitimate. I can assure you, my intent to give a voice to Oklahomans who had questions was never also an intent to diminish the voice of any Black American. I should have recognized how what I said and what I did could be interpreted by many of you. I deeply regret my blindness to that perception, and for that I am sorry.

In other words, he tried it.

NYT: You can get a COVID-19 vaccine in NYC now if you're 65+ — but LOTSA LUCK getting an appointment!

WAPO: Trump is leaving office (in five days) with his lowest approval rating: 29%.

HUFF POST: Justice Amy Coney Barrett is refusing to recuse herself from a case against her father's longtime employer.

NYT: The story of the gay man, Michael Evans, who shepherded the Moynihan Train Hall for a decade, only to take his own life 10 months before its completion.

KENNETH IN THE (212): RuPaul's Drag Race is still a thing, and more news from the week's LGBTQ rags.

TMZ: Saved by the Bell's Dustin Diamond does have cancer, as he had feared — stage IV, throughout his body. 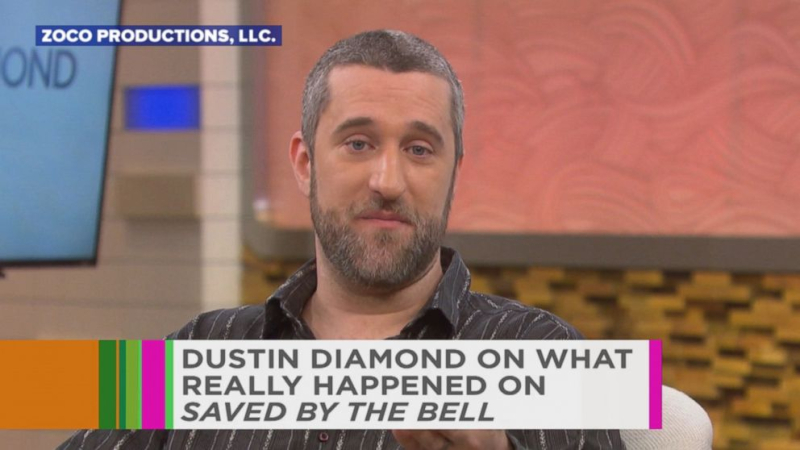 Diamond is said to be in a lot of pain. (Image via video still)