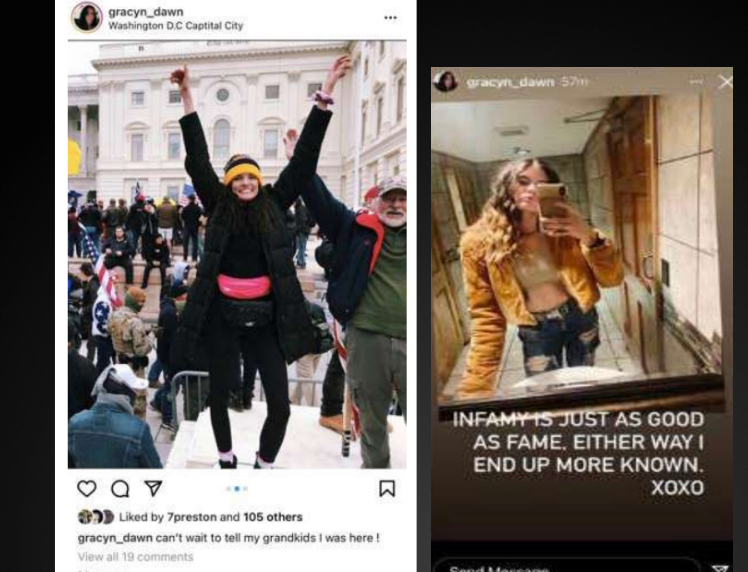 KDKA2: Gracyn Dawn Courtright, age 23, participated in the Capitol insurrection, then posted about how cool it was, bragging that she'd be telling her grandkids about it someday. When challenged on how, er, uncool treason actually is, she said she didn't even know what that word, like, meant.

Now, she's been charged with theft of government property under $1,000, violent entry and disorderly conduct on Capitol grounds, knowingly entering or remaining in any restricted building or grounds without lawful authority, and knowingly engaging in disorderly or disruptive conduct in any restricted building or grounds. She is expected to get some help on any of those words that stump her.

Her last IG message prior to deleting her account:

Infamy is just as good as fame. Either way I end up more known. XOXO. 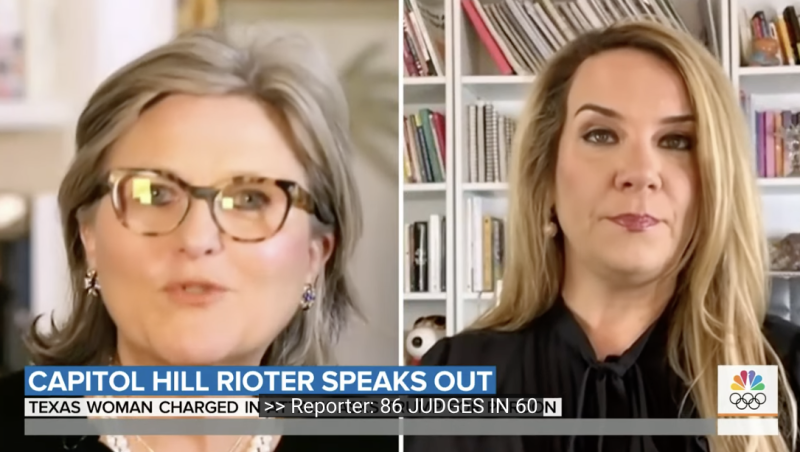 JOE.MY.GOD.: Jenna Ryan, the CEO who flew to commit insurrection at the Capitol via private jet, is now claiming she just had no idea violence was going on. (She was caught on video screaming that she was ready for war!) She also claims that she only went because a cute dude asked her — and he hooked up with someone else. She's seen above pleading her case on Today ... don't these A-holes realize it's not helping their cause?! She is a violent insurrectionist and needs to rot in prison for a decade.

TMZ: We will hear about Trump's final 100 or so pardons tomorrow or, at latest, early Wednesday (to poop on Biden's inauguration), but SURPRISE (not), Lil' Wayne — the rapper who sold his soul and stumped for Trump — looks set to receive one. Don't be shocked if Trump pardons the Tiger King, too; after all, all he did was threaten and try to kill a woman who probably reminds Trump a lot of Hillary Clinton.

THE HILL: Report alleges that then-AG William Barr told Trump to his face that election-fraud claims were “bullshit.”

ROLLING STONE: Garth Brooks will be among those performing for Biden/Harris at the inauguration ceremony, joining Lady Gaga, J.Lo and others. He says it's “not a political statement, this is a statement of unity.” Brooks also notes he has performed for most presidents since Carter, except Reagan. (And Trump?)

POLITICO: Biden will put an end to U.S. participation in the controversial Keystone XL pipeline on day one. Guess the Canadians who banked on Trump winning are outta luck. 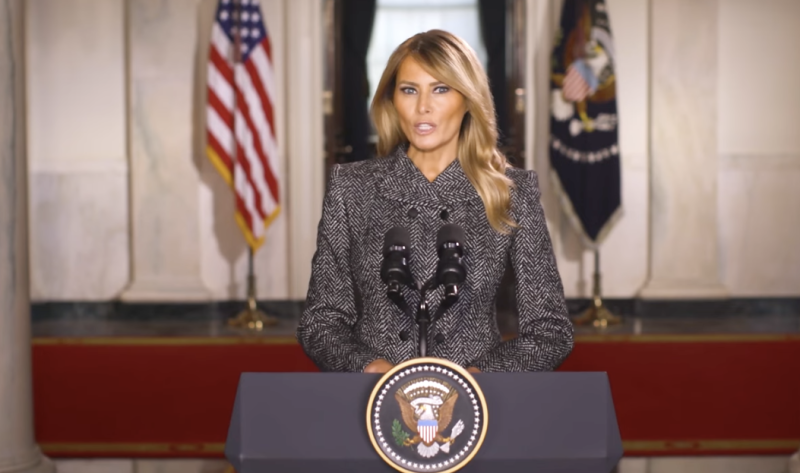 She's revolting — just like her hubby's loser supporters tried to do! (Image via video still)

JOE.MY.GOD.: Human garbage Melania Trump will be the first first lady in modern history not to walk her successor through the White House. And yet this fucking bitch has the nerve to go out name-checking her failed Be Best program. I want her in prison alongside her husband, you?

KENNETH IN THE (212): Was the Ian Stawicki case — captured on Evil Lives Here — a pre-Trump example of Trumpist delusion?

TRUE CRIME DAILY: A man who was scared of COVID-19 somehow managed to live, undetected, in airports ... for months and months. You know airports, those supposedly secure places?!