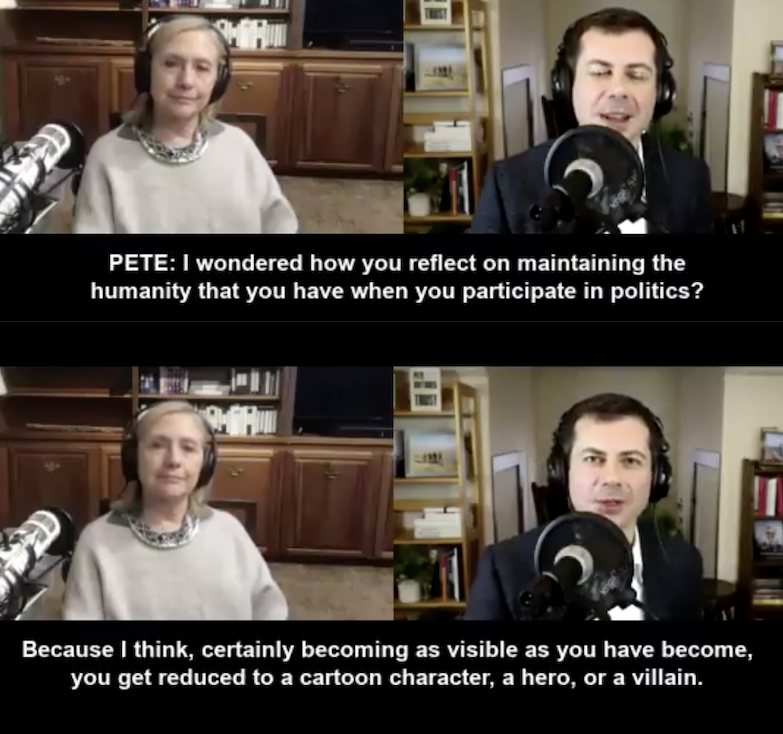 Unlike anyone named Trump, Hillary Clinton knows about passing the torch, being gracious and being genuinely pleased for the success of others.

She also knows how to bury a hatchet and get to work — which she did when Barack Obama, who beat her out of a presidential nomination that had seemed in the bag, asked her to be our Secretary of State.

Today, Hillary is arriving at the Capitol for the swearing-in of Joe Biden and Kamala Harris, and must be feeling joy that Trump, not just her rival in 2016, but truly the worst public servant in American history, has departed the White House forever:

She is doing so after having been a cheerleader for Vice President-elect Kamala Harris:

It delights me to think that what feels historical and amazing to us today—a woman sworn in to the vice presidency—will seem normal, obvious, "of course" to Kamala's grand-nieces as they grow up. And they will be right. pic.twitter.com/1gQOvmNipB

Rather than being upset that Harris will be the first woman to hold one of the top two positions in American government (and seems a likely future first woman president), Hillary sees the bigger picture — she is a party person, and a country person, both.

(The same will not be true of Trump, barring any Gerald Ford-level B.S. from Biden, which I think would be unfathomable.)

I just wanted to take a moment to thank Hillary Clinton. Without public servants like her, there wouldn't be continuity and stability and grace in public life.