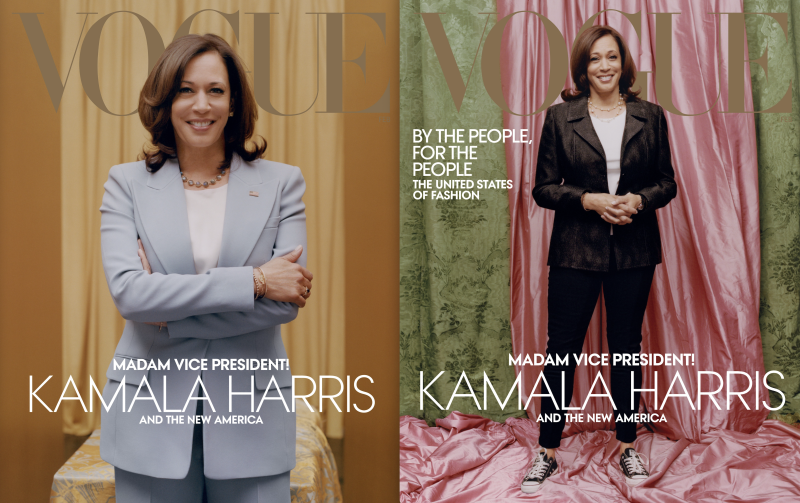 The one on the left was killed. They wanted the sneakers. (Images by Tyler Mitchell for Vogue)

VOGUE: The venerable Vogue has released not one, but two, covers featuring Vice President-elect Kamala Harris. However, there is some controversy (natch) — the image of her in sneakers, which to me seems an obvious attempt at showing off her anti-glam, trend-setting, real-woman style, is being decried as an attempt to undermine her. And unfortunately, that is apparently the only cover that will exist in print. The power-suit shot was released on social media only when Team Harris called out Anna Wintour for using an unapproved image.

The powder-blue suit is less attention-grabbing, but is more elegant and flattering. I like 'em both, except for her uncertain expression in the sneakers, but can't imagine, if the decision were mine, going for that particular sneaker shot as a cover.

Also, the issue is charged with respect. When I was a teen-mag editor (hardly Vogue) and worked with Disney Channel stars (hardly the first Black woman VP), in the cases where approval was required, it would have been bridges burned had I run with something unapproved. I remember shooting Lindsay Lohan, then promoting Confessions of a Teenage Drama Queen. Beautiful, expensive shoot. Her publicist reamed me out for using her cover pic as a partial cover — even though our magazine only did mixed covers like that. So the war of words behind-the-scenes on this is likely frigid. 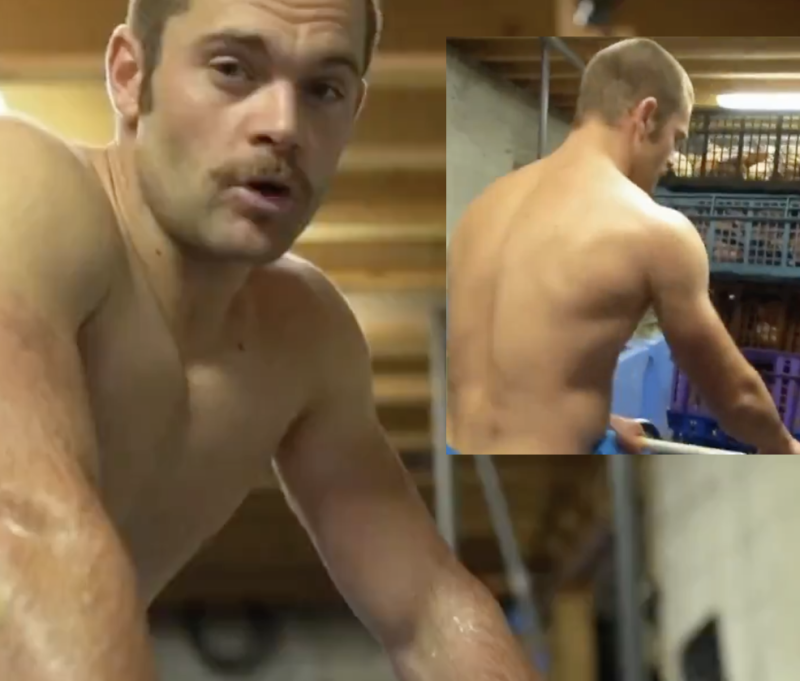 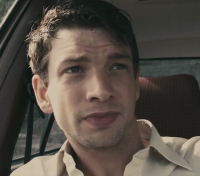 BUZZFEED: Black Capitol Police officers describe efforts to fend off Trump's mob, decry sympathizers in their midst. Some Democratic lawmakers are probing whether this mob had explicit inside help, citing images of officers opening doors and posing for selfies.

TWITTER: Arnold Schwarzenegger explicitly compares the Trump mob of 1/6/21 to Nazis in extremely personal remembrance of growing up in Austria:

My message to my fellow Americans and friends around the world following this week's attack on the Capitol. pic.twitter.com/blOy35LWJ5

Parler has not upheld its commitment to moderate and remove harmful or dangerous content encouraging violence and illegal activity, and is not in compliance with the App Store Review Guidelines.

EXTRATV: Could Bridgerton's Regé-Jean Page be the next James Bond ... once the last Daniel Craig installment finally comes out?

EXTRATV: Right-wing nutjob Antonio Sabàto Jr.'s dad died of COVID-19. Then, Jr. posted more anti-mask stuff on Twitter before leaving the platform in solidarity with the person who allowed COVID-19 to devour the country.