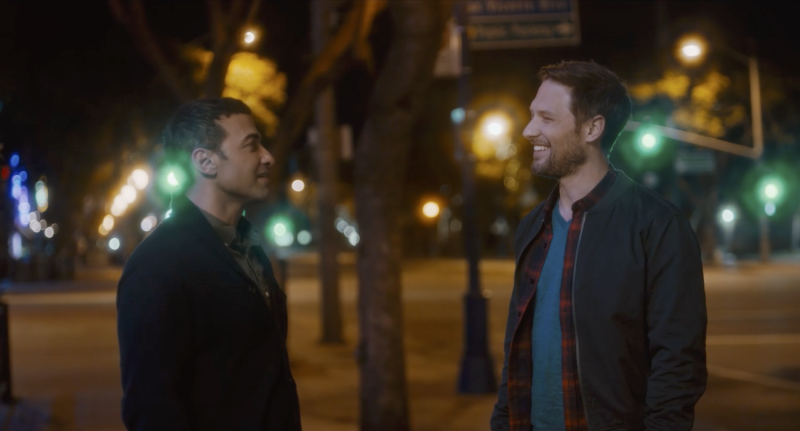 A rare depiction of a gay Muslim in the canon of LGBTQ films. (Image via Apple TV, iTunes & Amazon Prime) 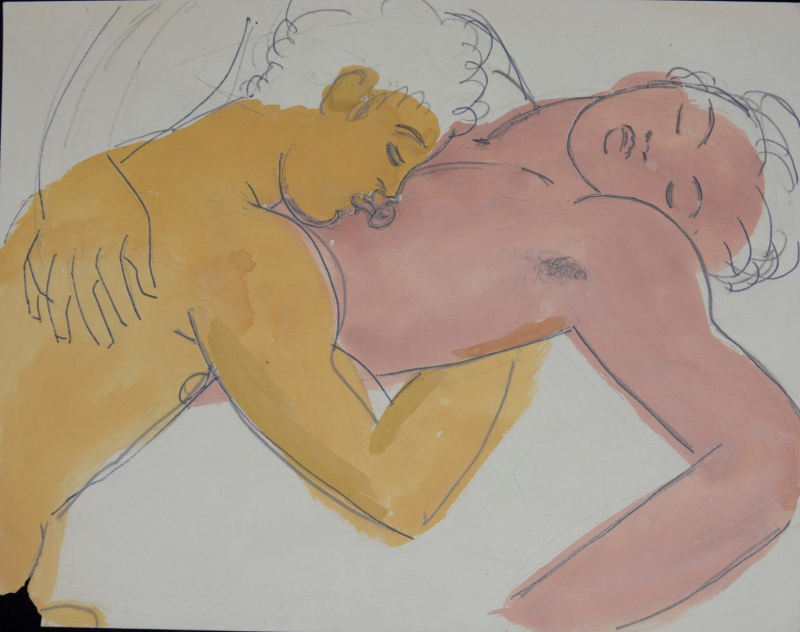 Out of the closet (Image by Duncan Grant)

CHARLESTON.ORG.UK: Homoerotic works by the late artist Duncan Grant are finally seeing the light of gay — years after they were suppressed because of the disapproving era in which they were created. They are sensational.

GAY TIMES: WandaVision, on Disney+, has added an LGBTQ+ hero to the Marvel Universe.

ATTITUDE: Out writer Alan Hollinghurst, one of England's most acclaimed novelists, talks with Attitude about his new book, lockdown and LGBTQ rights. Snippet:

There’s been a huge improvement in the legal situation of gay and queer people obviously, but one is also very worried — more so perhaps if we lived in many other countries — that hard-won liberties can quite easily be taken away again. I don’t suppose that’s about to happen [in England], but if we lived in Eastern Europe or Africa, we might be absolutely terrified about the way social and legal attitudes towards homosexuality are trending. We can’t afford to be complacent about these things.

He will be appearing virtually at an upcoming event — info here.

POLITICO: Trump's top impeachment lawyer has quit. I guess because Trump won't be convicted anyway, it's definitely not worth hitching your cart to that malevolence, just for career purposes. After all, it's thought that instead of hanging his hat on constitutional arguments against conviction, Trump wants to continue to assert that the election was stolen.

NPR: A group of 10 GOP senators is pitching to Biden a counterproposal to his COVID-19 relief plan, which Democrats are currently looking to pass without their support via budget reconciliation. See, the Republicans think we don't need $1.9 trillion in relief a year after a virus broke our economy. Instead, they believe we just need another $600 billion.

KTIV: A Nebraska lawmaker is proposing a ballot measure that would end that state's anti-equality marriage law — which is unconstitutional anyway.

TWITTER: Amazing. Gov. Asa Hutchinson (R-Arkansas) refuses to say that Rep. Marjorie Taylor Greene (R-Georgia) is unfit to serve over calling for Nancy Pelosi's murder, which he terms to be thinking “something a little bit different”:

ABC: Marjorie Taylor Greene has voiced support for executing Nancy Pelosi. Is she fit to serve?

GOV. ASA HUTCHINSON: I'm not gonna answer that question as to whether she's fit to serve, because she believes in something that everybody else does not accept. pic.twitter.com/B58nACFMai

LGBTQ NATION: Former Prime Minister of Ireland Leo Varadkar is talking about the time he and his partner met with former Vice President Mike Pence, which some saw as a great, in-your-face encounter with a bigot — and others criticized as legitimizing him.

YOUTUBE: One of only two truly funny sketches on SNL last night (plus a spot-on Fran Lebowitz by Bowen Yang) — a show that featured Michael Che joking of the military trans ban being lifted as “don't ask, don't tuck” ... not something trans people do ... and HAHA John Krasinski KISSING Pete Davidson ... and a game show sketch where the entire joke was that one of the competing pairs were GAY WOMEN — was Kate McKinnon's cold open about what, if anything, in America still works: