ABOVE: No unity with Nazis and Nazi sympathizers. Hoagland with her son, Mark Bingham, in the '90s (Image via family photo)

WTOP: Alice Hoagland, the mother of gay Republican rugby player Mark Bingham, who died heroically on United Flight 93 on September 11, 2001, after attempting to overpower the suicide terrorists on board, has died. She apparently died a month ago of Addison's disease, a malady of adrenal insufficiency. She was just 71. 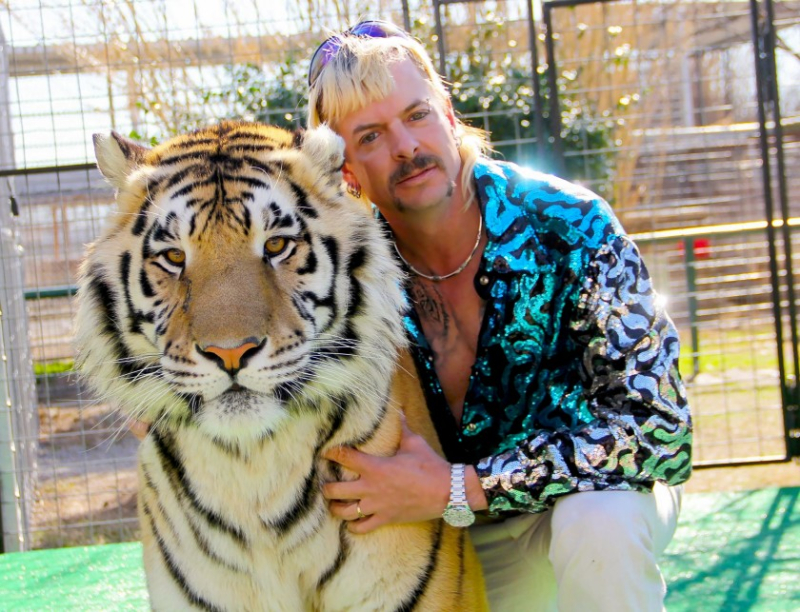 Save the Tiger King? Not fur anything! (Image via Netflix)

LA TIMES: Joe Exotic aka the star of Tiger King was fully expecting a full pardon from full-of-it Trump, and was prepping to leave prison in a stretch limo to go get McRibs (not a dig, this was what the plan was). When Trump blew him off, though, the sociopath turned on 'im, saying:

I was too innocent and too GAY to deserve a Pardon from Trump. I only mattered to Don Jr. when he needed to make a comment about me to boost his social media post. Boy were we all stupid to believe he actually stood for Equal Justice? His corrupt friends all come first.

(1) Joe Exotic belongs behind bars — gay straight or bi, and (2) yes, again, why are we surprised that Trump despises LGBTQ people, and (3) everything is transactional for Trump, and freeing that loon wasn't going to help him in any way.

EXTRATV: Gay influencer Harry Brant was laid to rest Thursday, and was memorialized by his grieving brother:

It is impossible to express the devastation I feel for the loss of one with whom I shared not only a lifetime of beautiful memories, but with one who cared so deeply for my own happiness, was so devoted to my personal comfort, It is the loss not only of a brother, but of a best friend, my other half. My heart shatters to think we will never see that dear sweet face again. @harry_brant.

TWITTER: Dr. Fauci is looked visibly relaxed now that Trump is golfing in Florida before his legal entanglements, as opposed to coming back — ever. In his first appearance at a Biden-era presser, Fauci was asked a hypothetical about Amazon helping with COVID-19 by Fox News and said:

POLITICO: Yes, Trump can be convicted of crimes.

JOE.MY.GOD.: Trump's inauguration lost out to Biden's in the Nielsen ratings.

HUFF POST: Rep. Andy Harris (R-Maryland) tried to bring a gun onto the House floor — which is illegal. Once caught by a guard wanding him, he attempted to hand it off to a colleague, Rep. John Katko (R-New York), who had the common sense to say no since he isn't licensed to carry a gun.

GR8ERDAYS: Tippi Hedren on her 91st birthday, the deep dish on This Was Hollywood, Joel Grey gets his COVID-19 vaccine and more old-school Hollywood stories.

ONLYFANS: You can see THIS BUTT totally bare at my OnlyFans. It's only $9.99/month and is a nice bump for Boy Culture. 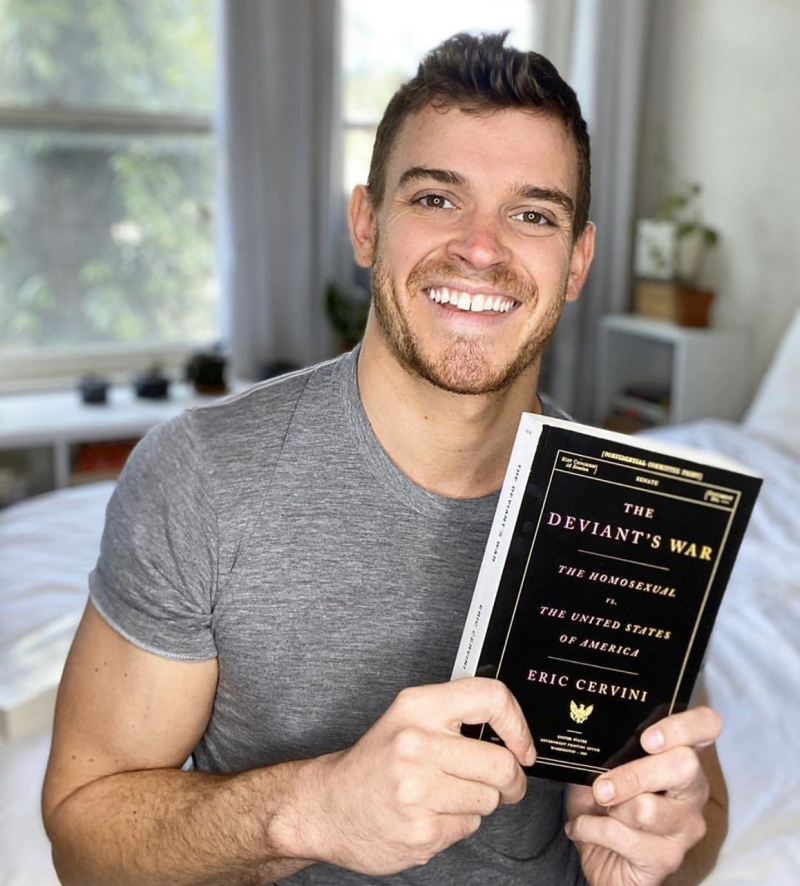 For authors, this is a dick pic. (Image via Eric Cervini)