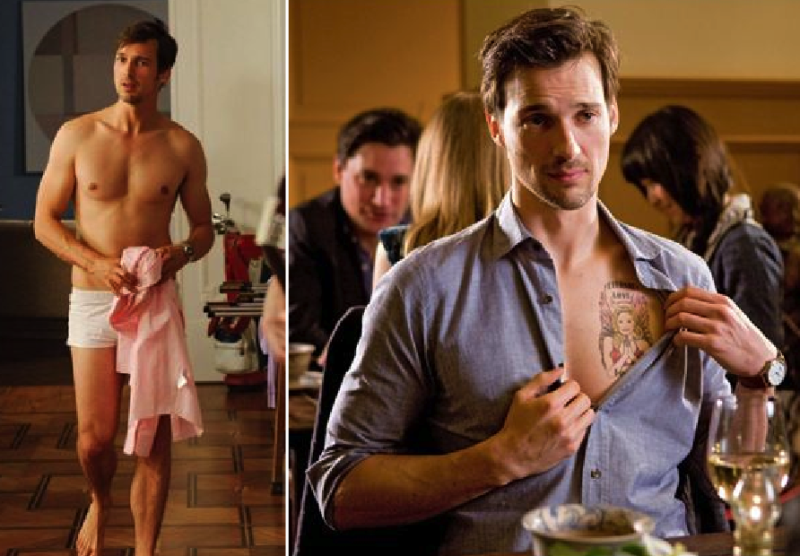 He shows more than this at the link! (Images via video stills)

Nikki Haley: I don’t even think there’s a basis for impeachment... Now they’re going to turn around and bring about impeachment yet they say they’re for unity... I mean at some point I mean give the man a break. I mean move on... pic.twitter.com/IqnZrIDIY0

TWITTER: How in the hell could Nikki Haley reduce the Capitol riot to not great, and say that Trump needs a break? She's also saying we need to move on — but what the fuck about Benghazi? That dragged on for YEARS.

“Those 8 minutes and 46 seconds … opened the eyes of millions of Americans … it was the knee on the neck of justice …” pic.twitter.com/bByWYFzChS

NBC NEWS: La Isla restaurant in the Bronx has (finally) fired the employee who felt the need to Adam-and-Eve-not-Adam-and-Steve a male couple who had come in to spend their money there during a pandemic.

EXTRATV: Elliot Page and his wife Emma Portner are divorcing.

BAY AREA REPORTER: Odd timing, but for the first time in nearly 40 years, San Francisco is allowing bathhouses to open. (Private sex clubs continued to exist throughout the ban, but only one is still in operation.)

DAILY BEAST: Biden has ordered no new private prison contracts from the feds, plans to limit/phase them out.

YOUTUBE: Out artist Justin Utley's “Underneath My Skin” music video is here: