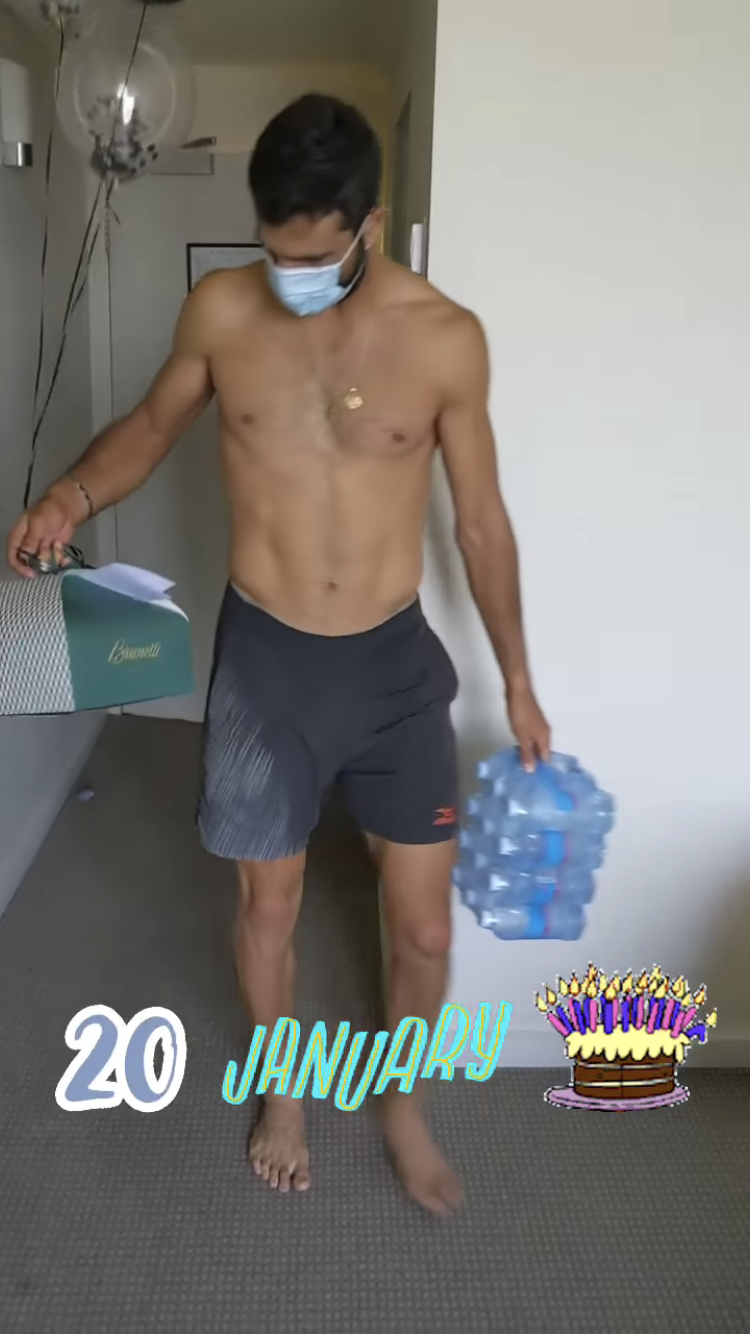 ABOVE: Robert Farah — and others — proves that tennis players were made for social media.

BELOW: Keep reading for Biden's pro-trans Week 1 action, Matthew Camp speaking out on the attempt on his life, Hawley whining about cancel culture, a major Senate development and more ... 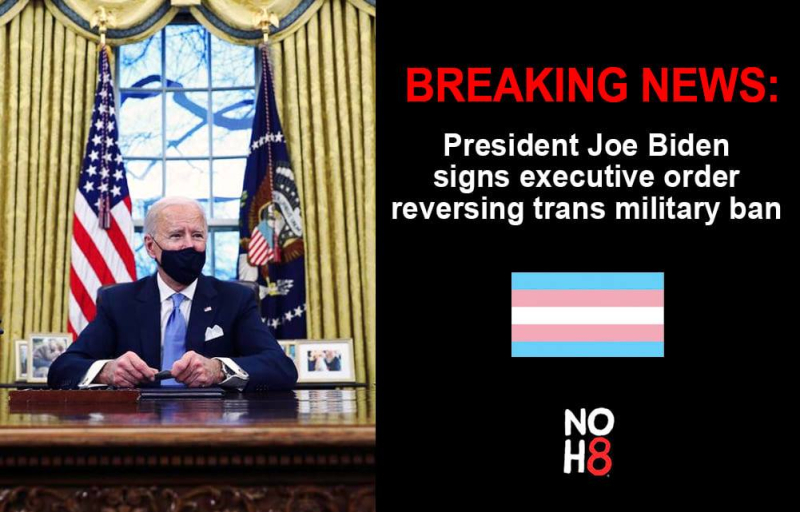 A quick disposal of Trumpian bigotry. (Image via NOH8)

NBC NEWS: President Biden has lifted the discriminatory trans ban, allowing trans soldiers to serve in the U.S. military again. He also canceled that last-second Trump memo that sought to discriminate against LGBTQ people in myriad ways. (It needs to be said every time: FUCK YOU if you're LGBTQ and voted for and carried water for Trump, who despises LGBTQ people.)

NEWNOWNEXT: Matthew Camp speaks out about the arson attack that nearly killed him and his roommate:

I don’t have any enemies that I know of. But I’m a gay sex worker who bought a house that used to be owned by a Satanist. I don’t know who did it, but it’s not hard to guess why they would.

NBC NEWS: Gay elders are telling their stories of living double lives as far back as the '50s. I hope younger queer people will respect that concept and not condemn them, devoid of the ability to contextualize. (I read a stream of breezy statements that JoJo Siwa coming out had erased Ellen DeGeneres, all from young people ... some were ironic, but many were not.)

CINCINNATI.COM: Sen. Rob Portman (R-Ohio) will not run in 2022. This might mean he will vote to convict Trump (“I don't excuse anything President Trump did on Jan. 6 or in the runup to it”) ... but it could also very easily mean that the even worse Rep. Jim Gym Jordan (R-Ohio) will run for and win that seat. Portman is whining about “partisan gridlock” and is set to deliver us ... more of the same. Let's hope for a wunderkind Dem candidate.

NEWSWEEK: Far-left commentator Jimmy Dore hosted a Boogaloo Boi — a group that espouses a second U.S. civil war — and gave him free reign to speak. Then, he gushed about how many liberal positions the guy actually holds. The far left is as bad as the far right, or is getting there quickly.

SOCIALITE LIFE: Trey Songz was arrested for assaulting a police officer — but the crowd was with him.

PEOPLE: Cindy McCain was formally censured by the Arizona GOP for failing to support Trump in 2020. She responds:

It is a high honor to be included in a group of Arizonans who have served our state and our nation so well … and who, like my late husband John, have been censured by the AZGOP. I'll wear this as a badge of honor.

NYT: Giuliani is being sued 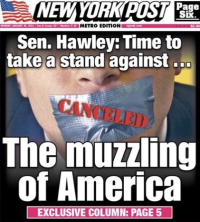 for $1.3B by Dominion Voting Systems for his election-fraud lies.

JOE.MY.GOD.: Sen. Josh Hawley (R-Missouri) thinks he is being “muzzled” by the left, this after he openly supported insurrection and the left had the temerity to complain about it. He wrote this up in a New York Post op-ed that took the cover — that's how appropriately right-wing and shameless it is.

THE HILL: Showing some decreases is COVID-19 positive tests and deaths, California is being rewarded with a lifting of the statewide stay-at-home orders, which will ease restrictions on various businesses, including salons and eateries.

NYT: Moderna is already working on a booster vaccine for the COVID-19 variant.

YOUTUBE: Budweiser is saving its money that would've been used on a Super Bowl ad and spending it on a series of COVID-19 vaccine awareness campaigns, like this one: