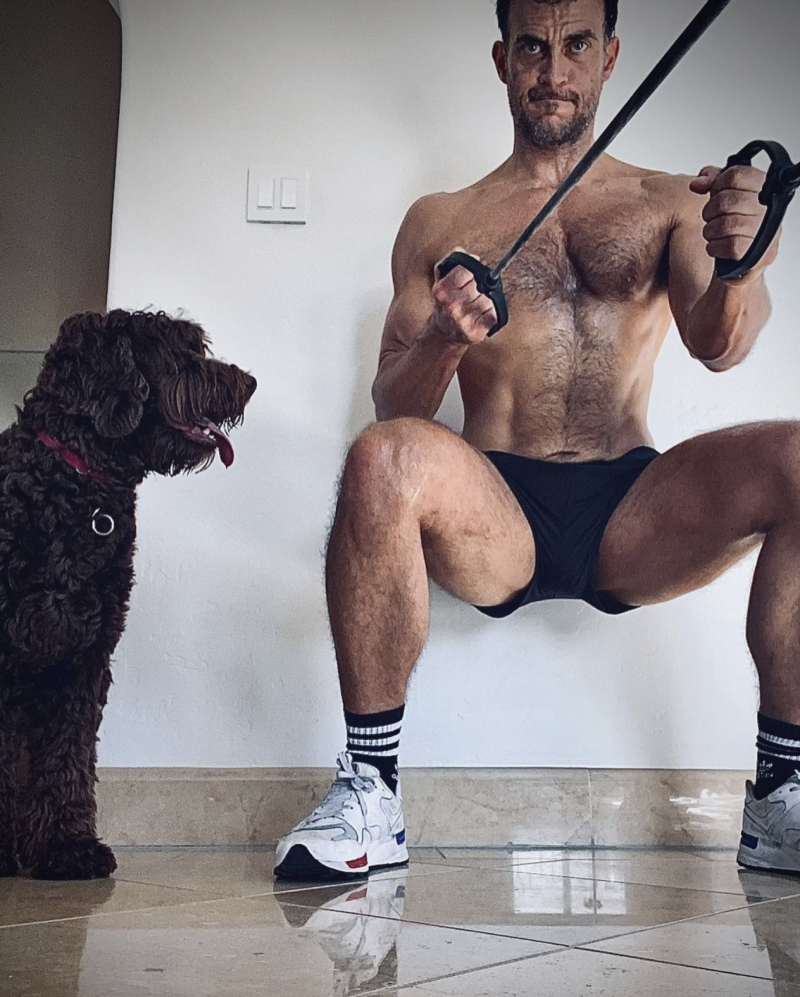 Who will they cast? (Image via Alice Oseman)

DEADLINE: The YA graphic novel Heartstopper by Alice Oseman will come to Netflix as an eight-part series directed by Doctor Who's Euros Lyn:

Heartstopper tells the story of Nick and Charlie, two British teens at an all-boys grammar school. Charlie, a high-strung, openly gay overthinker, and Nick, a cheerful, soft-hearted rugby player, one day are made to sit together. They quickly become friends, and soon Charlie is falling hard for Nick, even though he doesn’t think he has a chance. But love works in surprising ways, and Nick is more interested in Charlie than either of them realized. Heartstopper is about love, friendship, loyalty and mental illness. It encompasses all the small stories of Nick and Charlie’s lives that together make up something larger. 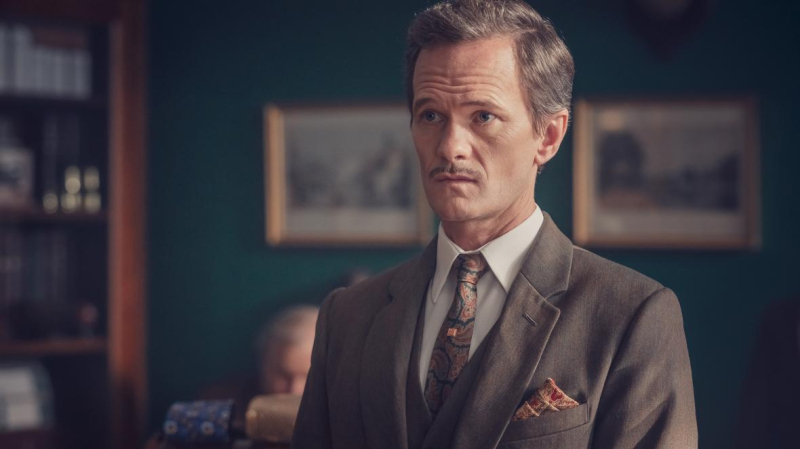 His role as a tailor in It's a Sin is a good fit. (Image via Channel 4)

ATTITUDE: Neil Patrick Harris, who is starring in the highly anticipated It's a Sin, the new AIDS-crisis drama out of the UK, has a strange take on whether gay actors should always play gay roles, saying:

I think there's something sexy about casting a straight actor to play a gay role, if they're willing to invest a lot into it. There's a nervousness that comes from the newness of it all. To declare that you'd never do that, you might miss opportunities.

I think perhaps his comment is a missed opportunity; he seems to be approaching it from the old-school train of thought as to whether straight actors should risk their careers to play gay, as opposed to addressing the current debate, about whether we should try to use as many gay actors in gay roles as possible; not that I think it's black-and-white ... or gay-and-straight.

HUFF POST: Yes! This is how it's done. Joe Biden asked Trump loyalist Peter Robb to resign as the general counsel of the National Labor Relations Board, he refused, so Biden shit-canned him. This is not the way it's usually done, but Robb is universally despised by unions — he had to go. It's a great sign that “Sleepy Joe” is kicking asses and taking names. That stupid surgeon general was also shit-canned.

NYT: Jen Psaki, our new White House press secretary, received glowing reviews for her first briefing, which was direct and transparent — and which she ended with:

Thank you, everyone. Let's do this again tomorrow.

WAPO: Insane QAnon Trumper Michael Flynn's brother was in on the call that led to the military's non-response to the Capitol riot. That is grave information to absorb, but:

The general’s presence during the call — which has not previously been reported — came weeks after his brother publicly suggested that President Donald Trump declare martial law and have the U.S. military oversee a redo of the election. There is no indication that Charles Flynn shares his brother’s extreme views or discharged his duties at the Pentagon on Jan. 6 in any manner that was influenced by his brother.

POLITICO: Proud Boys organizer Joe Biggs was arrested in central Florida Wednesday for his part in the Capitol riot.

FORBES: Could QAnon be imploding now that NONE of its prophesies came true?

TWITTER: My joke about Melania Trump looking like Mrs. Roper went junior viral, but did you catch this clip, showing she is 100% done with any niceties?

BEFORE FRANK: Check out X by Charles Moriarty, a photography book of the male gaze from youth to maturity. Described as intensely personal and artistic, the book contains familiar names like Matteo Lane, Matthew Camp and Kevin Stea. 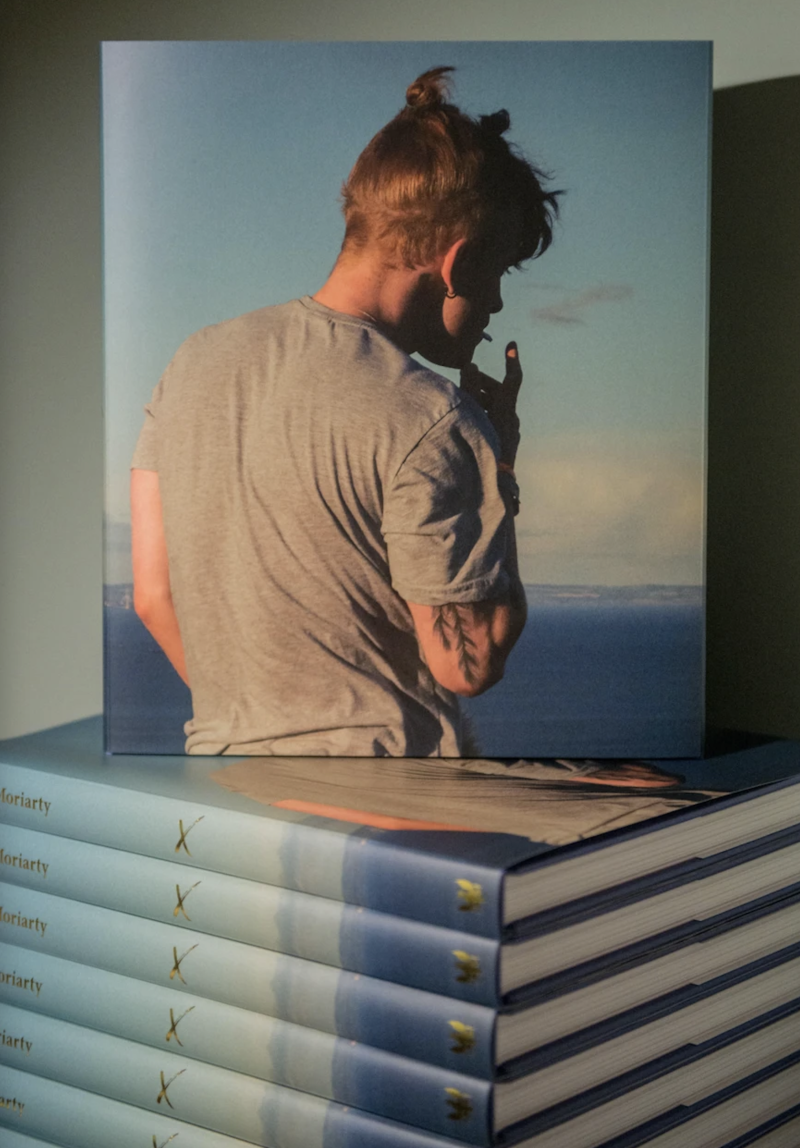 The book has an ultra-limited edition of 100, as well. (Image via CharlesMoriarty.com)

INSTAGRAM (FOLLOWS APPRECIATED): Aw, it's Robby Benson's birthday today! The '70s teen idol is 65 and still doing well following a string of heart surgeries. Here, he makes TV-ad history with Donny Most in that Reese's Peanut Butter Cups spot from FIFTY years ago: