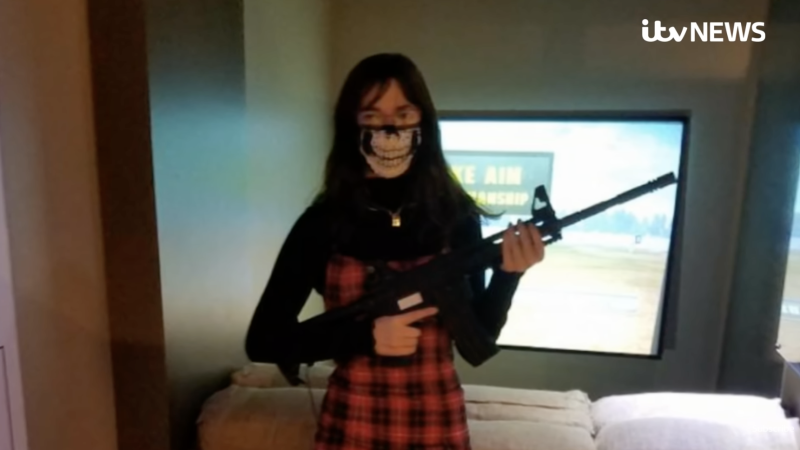 Riley June Williams, 22, of Harrisburg, Pennsylvania, is being sought for her role in the Capitol insurrection — and she was turned in to the FBI by a former romantic partner after she allegedly told them she had stolen Nancy Pelosi's laptop and planned to sell it to Russia.

Here, Williams is caught on video fleeing the Capitol:

Earlier, she had been singled out in video from inside the Capitol for her obvious air of authority as she aggressively pushed rioters up a set of stairs. Was she part of a treasonous cadre who had always planned the riot? She was directing the mob to Pelosi's office — that much as been confirmed.

This woman, Riley June Williams, was identified by ITV as the green shirt woman that directed the crowd to Pelosi’s office. pic.twitter.com/X1lhQRZzx0

Chilling, really. Via The Daily Beast:

While there doesn’t appear to be any publicly available footage of Williams inside Pelosi’s office, the FBI is investigating an allegation that the rioter took a laptop or hard-drive from the room. Williams’ ex-partner said they had seen a video of Williams taking the device, and alleged she “intended to send the computer device to a friend in Russia, who then planned to sell the device to SVR, Russia’s foreign intelligence service.”

The FBI has no supporting evidence for the ex-lover’s claim. Regardless, even if a laptop was taken, it appears not to have made its way into Russian hands—the ex-partner said that the deal “fell through for unknown reasons and Williams still has the computer device or destroyed it.” Pelosi’s aide Drew Hammill noted on Twitter last week that an office laptop was stolen, but said that it was “only used for presentations.”

While the FBI investigates the Russian matter, Williams is facing separate charges of entering a restricted building and disorderly conduct for her actions on the day of the Capitol riots—but she has disappeared.

Laughably, her mother IDs her as “empathetic” and “loving.” Check this out: