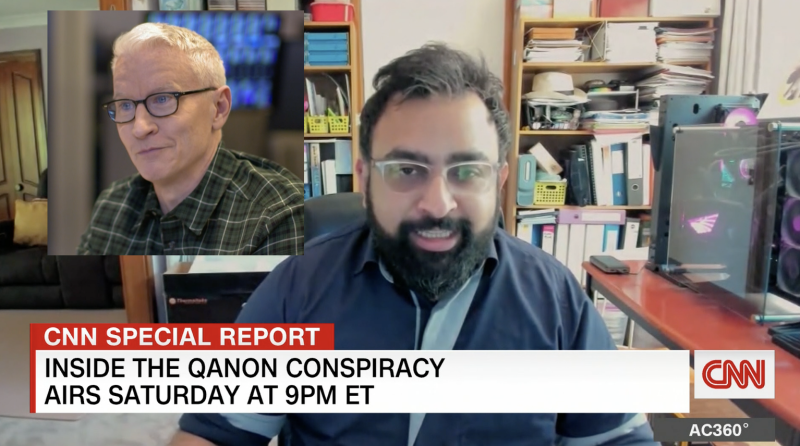 This is where the GOP is now — live boy, dead baby. (Images via video still)

CNN: Anderson Cooper interviews a QAnon supporter who admits that until mid-2019, he believed Cooper ate babies and was a robot.

THE GUARDIAN: Can't wait to tell 2016 this — an ex-KGB spy claims Trump was groomed as a Russian asset for 40 years because of his wealth, power and the ease with which he could be manipulated with flattery.

WASHINGTON BLADE: The Blade has a lengthy, extremely informative piece on the process that led to Biden signing two major LGBTQ-related executive orders his first week in office. He is already, inarguably, the most pro-LGBTQ POTUS in history. Alphonso David, HRC's president, told the outlet:

President Biden, Ambassador Rice and Secretary Austin have made clear to me their dedication to LGBTQ equality. Their actions over the last week have proven that dedication over and again. I look forward to continuing to engage with them and others in the Biden administration to advance the rights and protections our community deserves.

INDEPENDENT: Rep. Marjorie Taylor Greene (R-Georgia), who bragged about being part of the Capitol riot (at least in spirit), whose past approval of the idea of lynching Obama and Pelosi recently came to light, and who confronted Rep. Cori Bush (D-Missouri) aggressively inside the Capitol, prompting Bush to move offices out of concern for her own safety, is now claiming she had a call from ex-POTUS Trump, and that she has his “full support.” 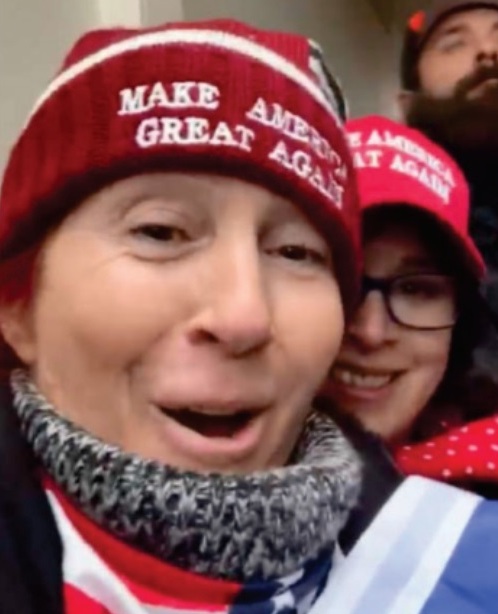 Bancroft & Diana Santos-Smith have since been arrested and charged. (Image via selfie)

LAW & CRIME: Dawn Bancroft, a Capitol insurrectionist, filmed herself inside the building on January 6 saying:

We were looking for Nancy [Pelosi] to shoot her in the friggin' brain, but we didn't find her.

EXTRATV: Trailblazing electronic musician SOPHIE, a transgender woman who made gender construct a signature in her work — and who co-wrote “Bitch I'm Madonna” — has died at 34 in a fall. 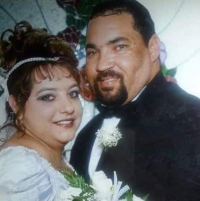 Oberlin, Louisiana, cemetery declined to bury a man — a dead cop (pictured) — because he was Black. The reason? The old cemetery has a contract from when it was purchased promising it would be for “white human beings” only.

The widow (also pictured) and their seven kids were told by an employee:'

Oh, we’re going to have a dispute. We can’t sell you a plot. This is a Whites-only cemetery. There are no coloreds here.

Once it happened, and after the widow made the interaction public, the cemetery's board expressed shock that such a provision existed, saying that with only 200 plots it had never come up. And yet, that one employee not only knew about it, she had a copy of the provision! The board met and reversed the policy and is now apologizing. Again, this is 2021.

POLITICO: Up to 20 million doses of COVID-19 vaccine sent to states are unaccounted for, just one aspect of the mess Trump left. 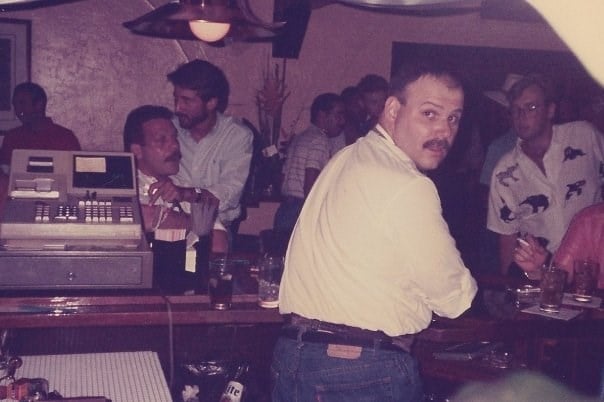 Peeks inside gay bars in the past were rare (due to privacy issues), but here's H.G. Roosters around 1980. (Image by T.A. Walker)

WPTV: H.G. Roosters, an LGBTQ bar in West Palm Beach, Florida, had to shutter in May — but now, it's asking for designation as a historic site — it's the oldest gay bar in Florida, having opened in 1965.

GR8ERDAYS (FOLLOWS APPRECIATED): What can you say about a birthday on which both Gene Hackman and Vanessa Redgrave were born?