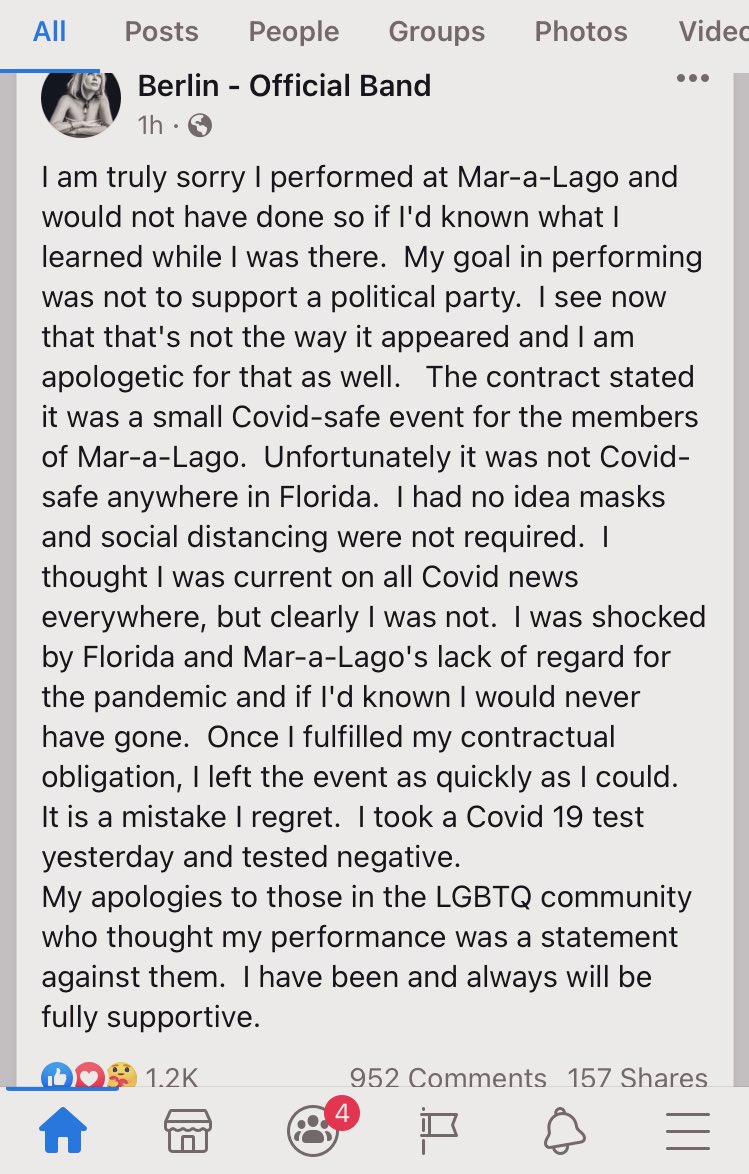 Now, let's talk about Tanya Roberts instead! (Image via Facebook)

It's pretty hard to unring a bell, but Berlin's Terri Nunn is attempting to do that with an abject apology for performing at the Mar-a-Lago NYE event.

In her apology, she focuses on both the unsafe and politically dodgy aspects of her appearance there, pleading ignorance over Florida's (and Mar-a-Lago's) disregard for coronavirus safety, and pleading that her presence at the event was not intended as an endorsement.

My apologies to those in the LGBTQ community who thought my performance was a statement against them. I have been and always will be fully supportive.