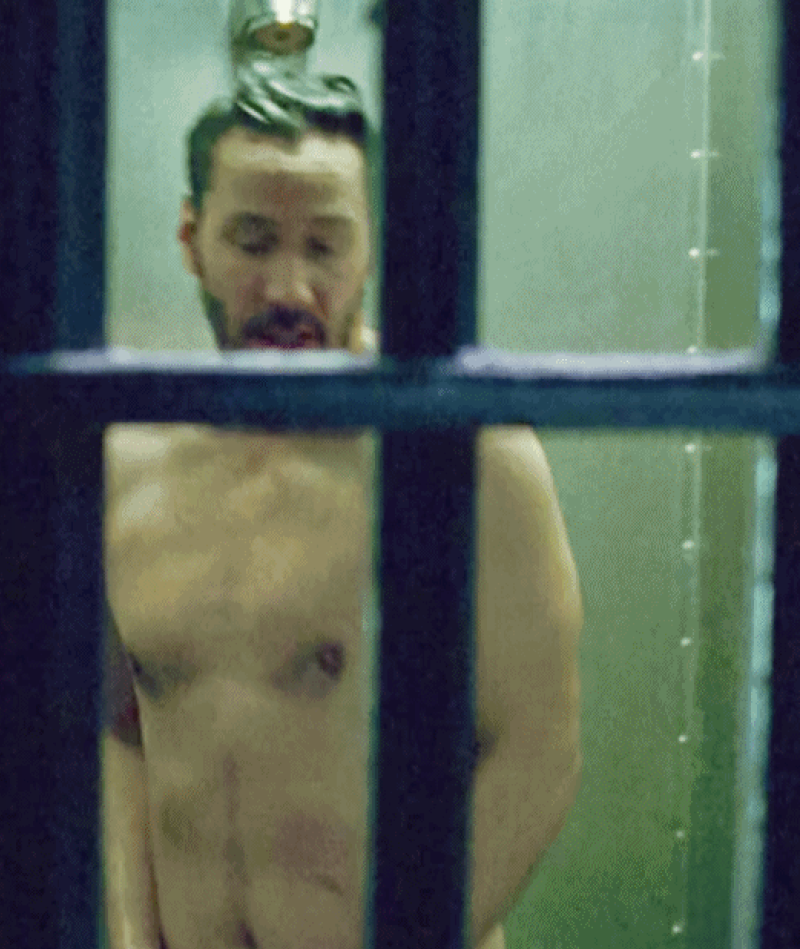 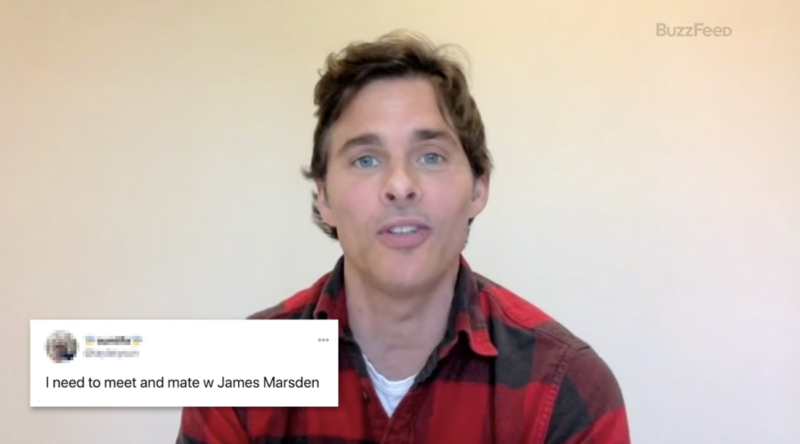 GREG IN HOLLYWOOD: James Marsden is okay with your thirst tweets.

NORTH JERSEY: Rep. Mikie Sherrill (D-New Jersey) flat out alleges several of her House colleagues brought future insurrectionists on a tour of the Capitol the day before the riots, calling it “reconnaissance.” 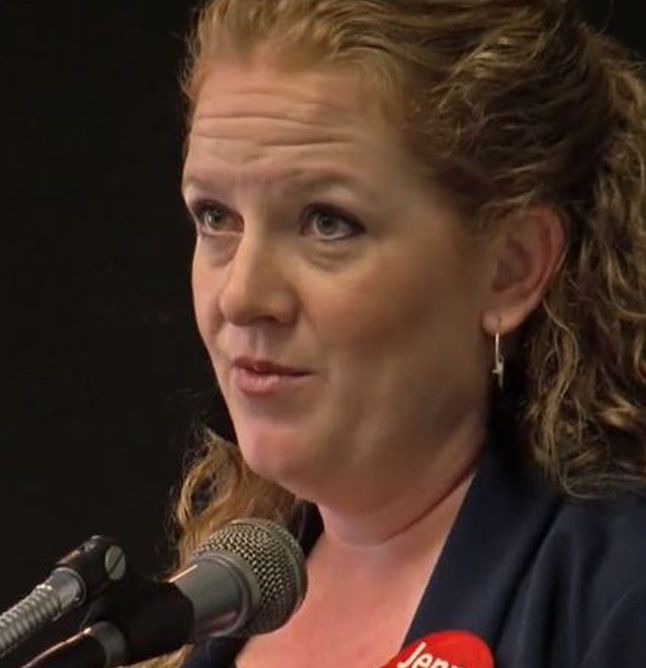 CBS7: Jenny Cudd (as in chews it) of Midland, Texas, who owns Becky's Flowers there, bragged about breaking down the door to Nancy Pelosi's office during the Capitol coup attempt. She then gave a defiant interview, proclaiming it wasn't illegal for her to go into the Capitol with the mob, and saying she'd do it again. By her reasoning, she hadn't been arrested because hey, she hadn't done anything wrong. Guess what? Arrested. 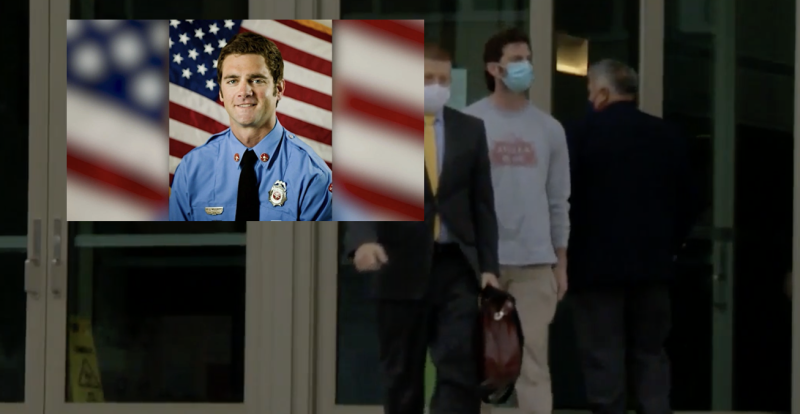 WESH2: A Central Florida firefighter was arrested for his part in the Capitol insurrection. The gutless Trumper's lawyer blames — the Capitol Police! And Trump. 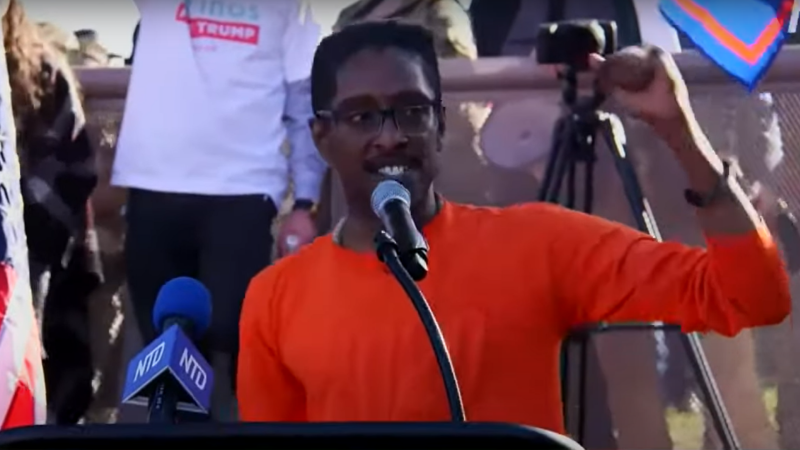 POC for white supremacy — what a concept. (Image via video still)

WAPO: Raving maniac Ali Alexander, one of the main organizers behind the Stop the Steal rally that was a prelude to the Capitol riot, explicitly named Reps. Biggs, Brooks and Gosar (all Rs, Brooks from Alabama and the others from Arizona) as being complicit in his effort to shake things up that day by putting pressure on R reps. All three deny it. P.S. Trump is 100% dirty on this — he's met with Alexander, who has bragged about having insider info.

TWITTER: AOC — who says she suspected fellow members of Congress were capable of selling her out during the insurrection — slams the GOP for refusing to speak up against the Capitol insurrection and in support of the Capitol Police who were endangered and, in one case, died:

Rep. @AOC: "I don't want to hear or see the Republican Party talk about blue lives ever again." pic.twitter.com/UNWICBbQOP

CNBC: Billionaire co-founder of Home Depot Ken Langone is dumping Trump, saying he feels “betrayed” by the actions Trump took that led up to the insurrection:

I think the biggest mistake anybody is going to make is try and rationalize what happened last week, what the president did and what that crowd did. 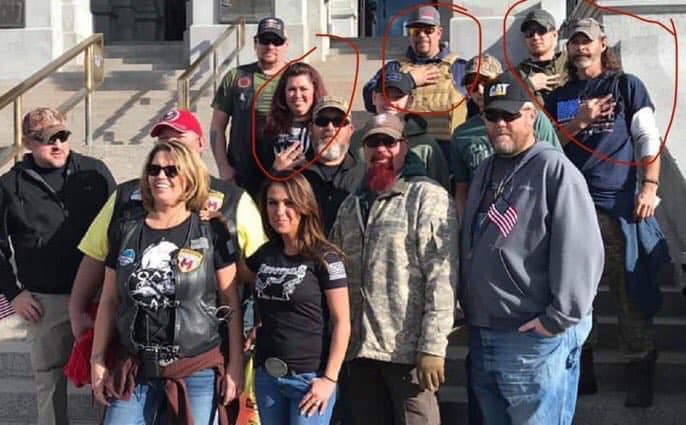 TWITTER: Rep. Lauren Boebert (R-Colorado) is seen in a photo from last year with a bunch of gun nuts. The people circled in the photo (as seen above) were at the Capitol on January 6 of this year. She is the connecting glue. She must be expelled.

YOUTUBE: Somebody named Jeffrey A. Rosen is apparently our acting AG. He took a full week to issue a statement on the history-making insurrection that took place on January 6:

EXTRATV: Bruce Willis, 65, is ever-so-sorry for being a Rite-Aid anti-masker.

WAPO: Hey, Bruce — tell it to Rep. Bonnie Watson Coleman (D-New Jersey), the cancer survivor who now has COVID-19 because of her colleagues who refused to wear masks while sheltering in place during the insurrection. It's all the same. It's entitled behavior and magical thinking, and it's boorish:

I am angry that after I spent months carefully isolating myself, a single chaotic day likely got me sick. I am angry that several of our nation’s leaders were unwilling to deal with the small annoyance of a mask for a few hours. I am angry that the attack on the Capitol and my subsequent illness have the same cause: my Republican colleagues’ inability to accept facts.

So far, Rep. Watson Coleman feels like she has a cold; no major symptoms.