ABOVE: Bolu Okupe, son of a prominent Nigerian politician noted for his virulent homophobia, has come out as “gay AF.”

Say yes to the harness! (GIF via OMG.Blog!)

THE AP: Kyle Rittenhouse is now ordered not to associate with any known white supremacists. So, like, does he move out of his house?

WAPO: Danielle Marshall's wife is a Capitol cop. Her mother is a loony QAnon right-winger who is anti-government, anti-abortion, anti-vaccines. She must surely be the only person whose had a spouse in the Capitol and a parent outside it on January 6. Right-wingers are big on personal responsibility, yet as Marshall writes of her mom, who flew to D.C. during a pandemic maskless and joined a coup attempt:

That she refuses to own up to her actions or take any responsibility, instead pointing the finger at some imaginary, shadowy enemy, is nearly unbearable. 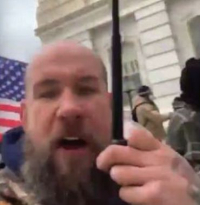 who owns the COVID-scofflaw Fairlamb Fit gym in Pompton Lakes, New Jersey, was arrested for his role in the Capitol riot, including allegedly punching a Capitol cop in the face. Shockingly, his own brother, Preston Fairlamb III, is not only a member of the Secret Service, but also led the detail in charge of protecting Michelle Obama — who became to close to the good Fairlamb that she attended his father's funeral, which was presumably also attended by this accused insurrectionist.

A former associate of Fairlamb's says that he was a lost cause even prior to COVID-19:

Over the last 8-10 years, Scott got pulled more and more into the conspiracy theory vortex and pushed everything in his life aside for it. Trump’s first campaign set his targets on [Hillary Clinton] and “lock her up,” then it moved to QAnon-type stuff over the last few years and ultimately resulted in his participation in the Jan. 6 Capitol riot. I feel for his wife, family, employees and community, but I have zero empathy for him. He’s had too many chances over the years to correct his pattern of bullying behavior ― all while portraying himself as a “good guy with a Batman cape” in his hometown.

HUFF POST: Bad news for progressives — they may actually have to be satisfied with a Joe Biden presidency. On his first day in office, Biden did many high-profile things to begin to correct Trump's anti-progressive moves, but he also issued the memo “Modernizing Regulatory Review.” Huff Post says:

“For the past several decades, we’ve seen Democratic administrations being almost apologetic about using regulations to advance the public interest,” said Matt Kent, who works on regulatory policy for Public Citizen. “This is a real change of pace.”

It could open the door for big changes on public health, worker safety and climate change. Again, day one.

Hey @SenTomCotton, unless you wore one of these berets you shouldn't be calling yourself a Ranger.

NEWSWEEK: Sen. Tom Cotton (R-Arkansas) lied about having been an Army Ranger.

THE ADVOCATE: In Louisiana, some 400 morons gathered for a classic wrestling event in the midst of a pandemic. Shocker! It became a super spreader event, with at least 20 so far sickened. If you watch video of the event, most are not in masks, or are not wearing them properly. Meanwhile, I'm too scared to have sex.

TMZ: Joe Exotic, who has now turned on Trump for not coming through with a pardon, is pivoting to Biden! He thinks Biden will help him because Biden/Harris want to reform the prison system. Not sure how freeing a murder-focused lunatic is reform, but okay. 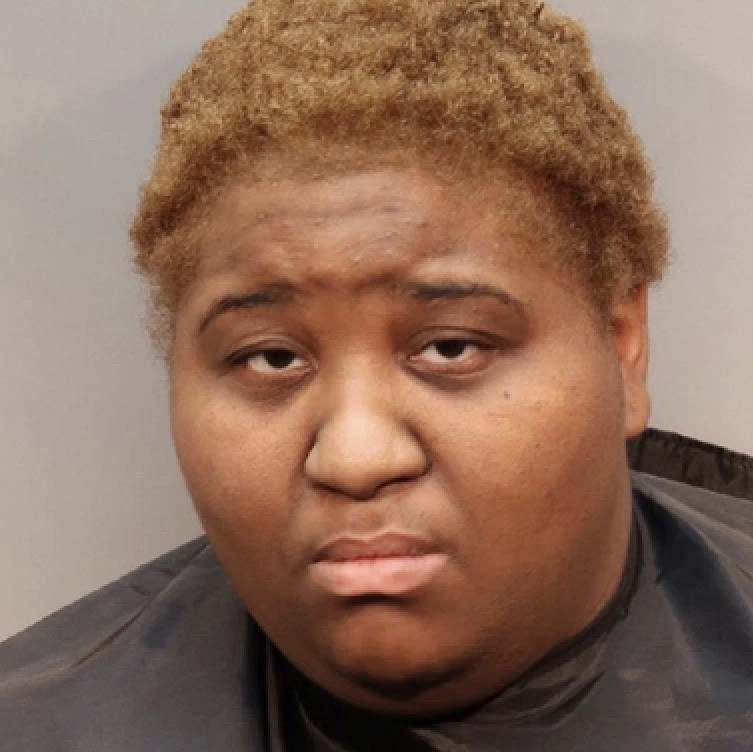 Her goose is cooked. (Image via mug shot)

DEADLINE: The Food Network has scrapped its entire Season 20 of Worst Cooks in America after the winner, Ariel Robinson, was arrested along with her husband for murdering their 3-year-old. Horrifying.