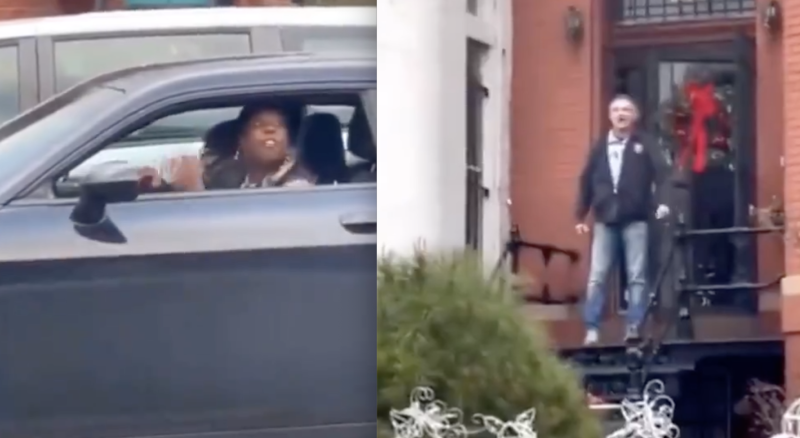 TWITTER: White man screaming about “fucking crackers” taking over D.C. on Wednesday is making me cry, too, lady:

Make DC a state and let these two people be the senators https://t.co/GESqyKDOVN

CNN: Trump's own former chief of staff, John Kelly, says he would vote to use the 25th Amendment to get rid of him. (Pence and half the Cabinet must vote yes, then it must be voted on by Congress, and must obtain a supermajority in favor of removal in order to be successful.)

WTOP: Gov. Larry Hogan of Maryland was trying to send the National Guard to restore peace at the Capitol Wednesday, and says that House Majority Leader Stony Hoyer was on the phone begging for it — but Acting Secretary of Defense Christopher Miller wouldn't approve it.

YAHOO! LIFE: A great shot of the young women who saved the electoral college ballot boxers from the insurrectionists.

TOWLEROAD: More on Ashli Babbit, a 14-year military veteran. I think the fact that a QAnon nutbag — or the type of person who could devolve into one — spent 14 years in the U.S. military says a lot about why people mistrust the military. Some great people go into it, but it also attracts a disproportionate number of white supremacist gun nuts. 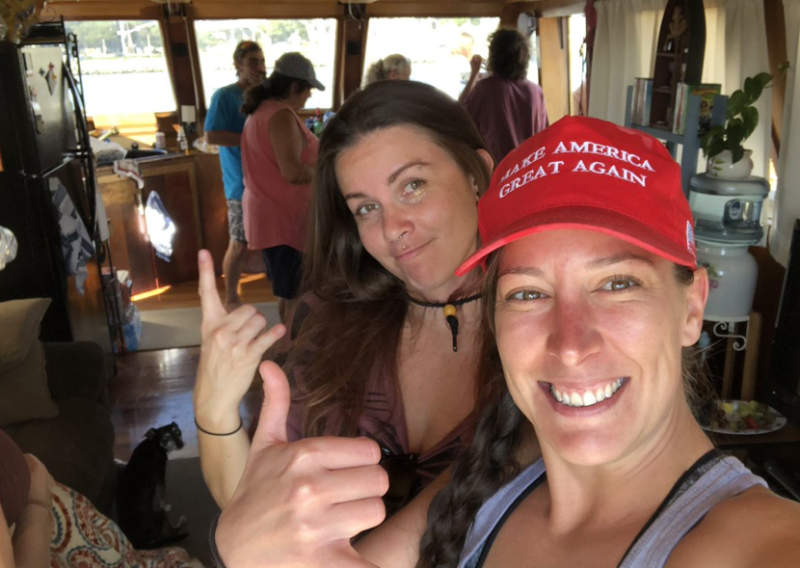 I think it's too late to rid the U.S. of cultists like Ashli Babbit. I really do. (Image via social media)

TWITTER: NYC's invaluable Ali Forney Center has announced the death of one of the people it has worked with in the past, trans woman Alexandria Winchester:

This week we learned that one of our clients, Alexandria Winchester, a young transgender woman of color, was murdered on the streets of our city. The details about her murder are still emerging, and it is believed she knew her murderer. (1/3) pic.twitter.com/tW6BRkTzgX

GR8ERDAYS: RIP Marion Ramsey of the Police Academy movies, who was 73. Along with her famous work in those goofy movies, she was in the company of Hello, Dolly! with Pearl Bailey, in Eubie! (also on Broadway) and worked with Bette Davis in the ill-fated Miss Moffat, which never made it to Broadway.