BELOW: Keep reading for the status of the Warnock & Ossoff races, Trump's reliance on Pence, Romney hectored, Biden taps Garland and more  ... 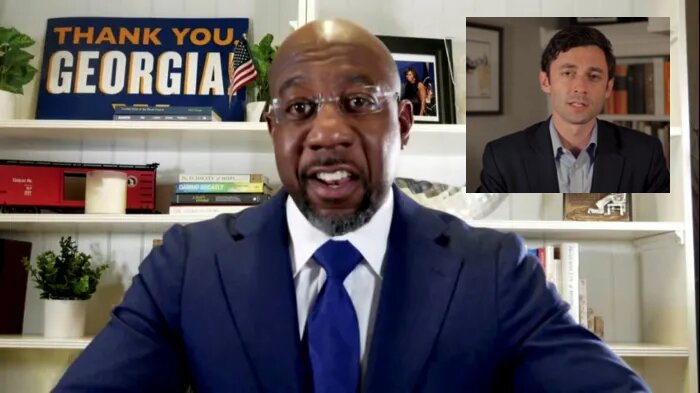 POLITICO: “Republicans Turn on Trump After Georgia Loss” is the headline of my dreams.

WAPO: Pence is poised to piss Trump off by following his role, as laid out in the Constitution, and confirming Biden's win. Pence is awful, but imagine if Trump had replaced him with a Nunes or other loyalist. Trump, however, disputes that Pence will fulfill his constitutional duty, and that he will instead attempt to steal the election, at Trump's direction. 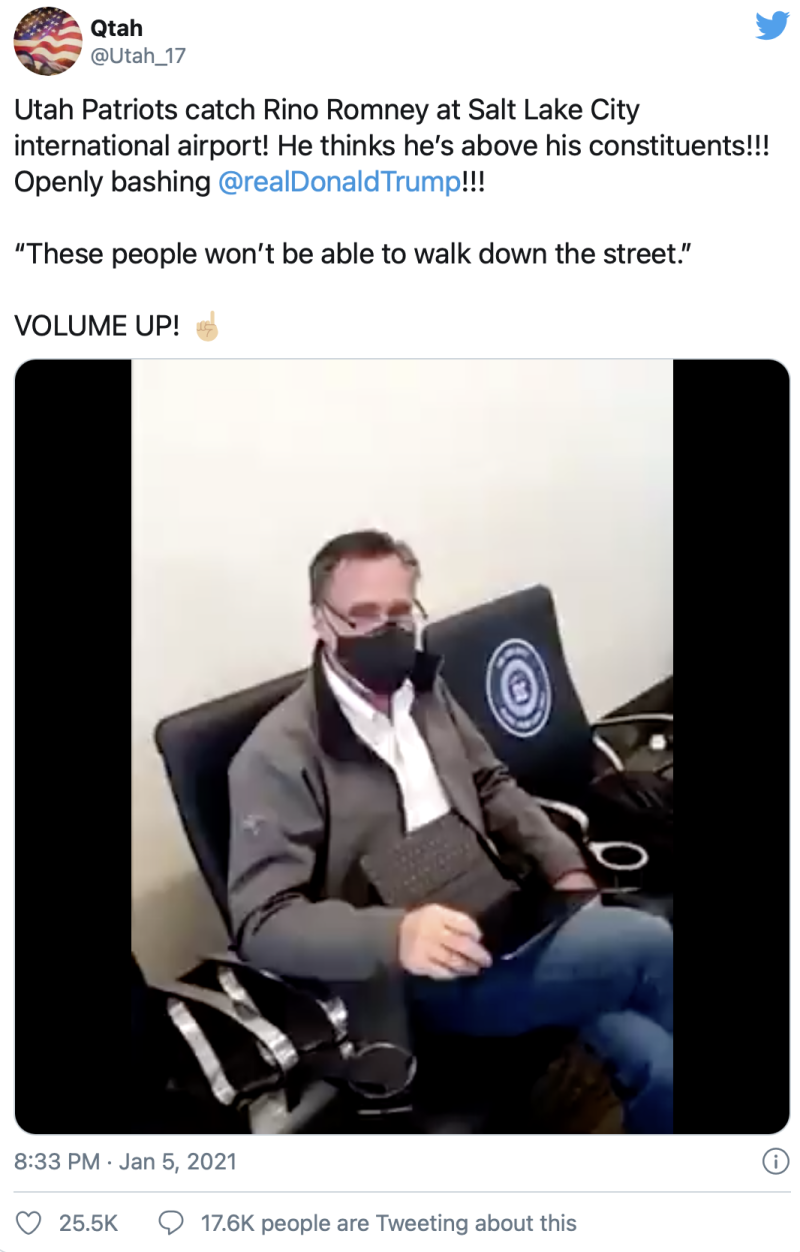 HUFF POST: Mitt Romney (R-Utah) was harassed at Salt Lake City International Airport for not sucking Trump's dick by a cabal of maskless QAnoners who think Romney only works for right-wingers ... and because they hate him, may have been voted in illegally. Then, he was harassed on his four-hour flight to D.C. by Trumpers. I love to see it! Please do drive Mitt right out of the Republican caucus. We will be happy to have him as the worst Democrat ever, but a Democrat.

Republican senators must decide today between upholding 244 years of democracy or going down in history as siding with a delusional con man.

It shouldn’t be a tough choice.

GUARDIAN: James Comey is embarrassing himself further by saying that Trump — no matter his crimes — should never be prosecuted after he leaves office, arguing that it's a dangerous precedent with former presidents. Is he mad?

POLITICO: Biden is choosing Merrick Garland as his AG. The name will ... ring a bell. Tough news for Doug Jones (who had a lot of Senate support) and Sally Yates (who probably had more progressives in her corner). Keep in mind that Garland's current job on the D.C. Circuit can now be filled by Biden with, no doubt, a very young Democrat.

FORBES: The city of Detroit is formally requesting the disbarment of Sidney Powell and the other so-called Kraken lawyers. Imagine being known as a Kraken lawyer.

SOCIALITE LIFE: A bear cub trying to catch snow will make you smile.

If Kim and Kanye get a divorce, they will retain joint custody of my loathing.