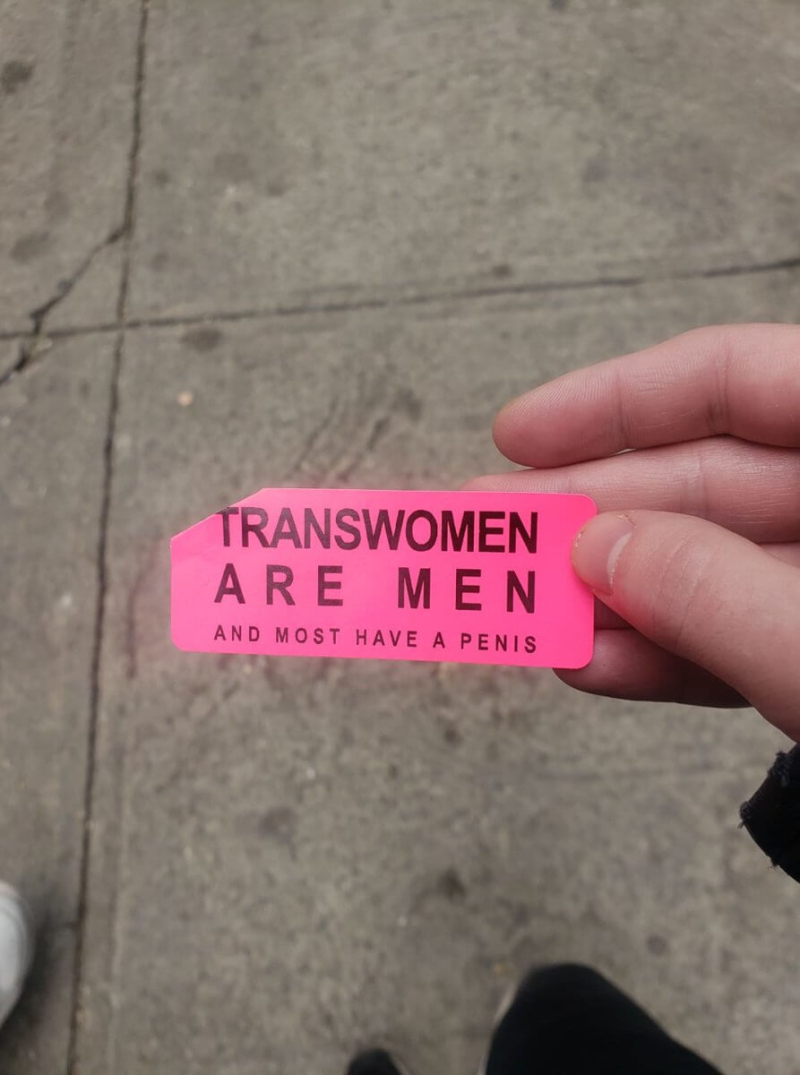 This is how people assert their feminism? (Image via Simon Chartrand/Facebook)

GCN: A couple of TERFs were caught red-handed plastering an NYC neighborhood with disgusting anti-trans stickers — then they insulted the couple who called them out as being “misogynistic.”

FORBES: Lou Dobbs just had his highly rated Lou Dobbs Tonight canceled by Fox over his legally actionable lies about the election having been stolen. He's done.

WCVB: USA Today erroneously reported that Jenny Cudd, arrested for her part in the Capitol riot, had been granted the right to take a Mexican vacation while out on bond, a ridiculous thing that no Black person in the U.S. would EVER be granted. Turns out, the judge was merely considering the request, so all the uproar was premature. Now, following national attention to how insane that would be — a federal judge has formally GRANTED the request. Unbelievable.

SOCIALITE LIFE: Todrick Hall is tacky trash. Even Trump would find this bed too much.

YOUTUBE: Sen. Ben Sasse (R-Nebraska) is about to get censured for the second time by his own party for daring to be anti-Trump. In response, he posted a direct-to-camera video in which he complains about members of his party being “hacked off” over “not bending the knee to one guy”:

CBS NEWS: America's right to LIVE FREE is somehow greater than Americans' right to LIVE AT ALL — SCOTUS says California can't stop massive, indoor religious services. Tell me this: If the government apparently has zero power to force us to do/not to do things in order to protect public health, why is prostitution illegal anywhere?

TWITTER: Don't try it with Rep. Hakeem Jeffries (D-New York) — his speech, swatting down GOP posturing about patriotism, is a can't-miss. He was dragging Utah's new Rep. Burgess Owens (R-Utah), a Black Trumper: 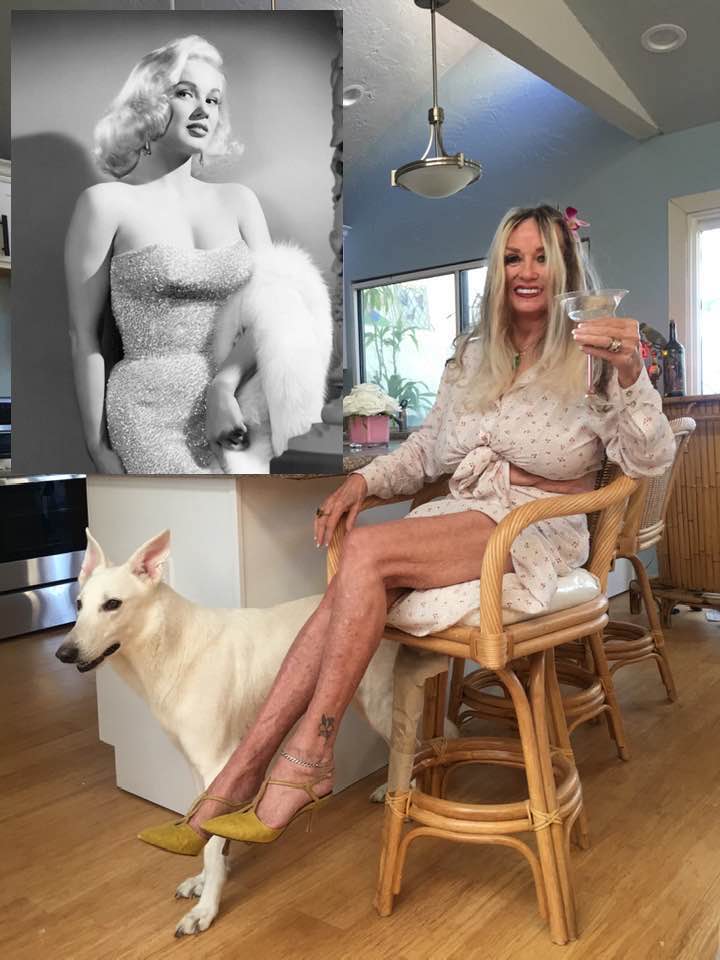 FACEBOOK: One of Hollywood's most unapologetically glamorous starlets, Mamie Van Doren, turns 90 with a pledge to no longer Photoshop her pictures. But she isn't swearing off her penchant for posing nude just yet. 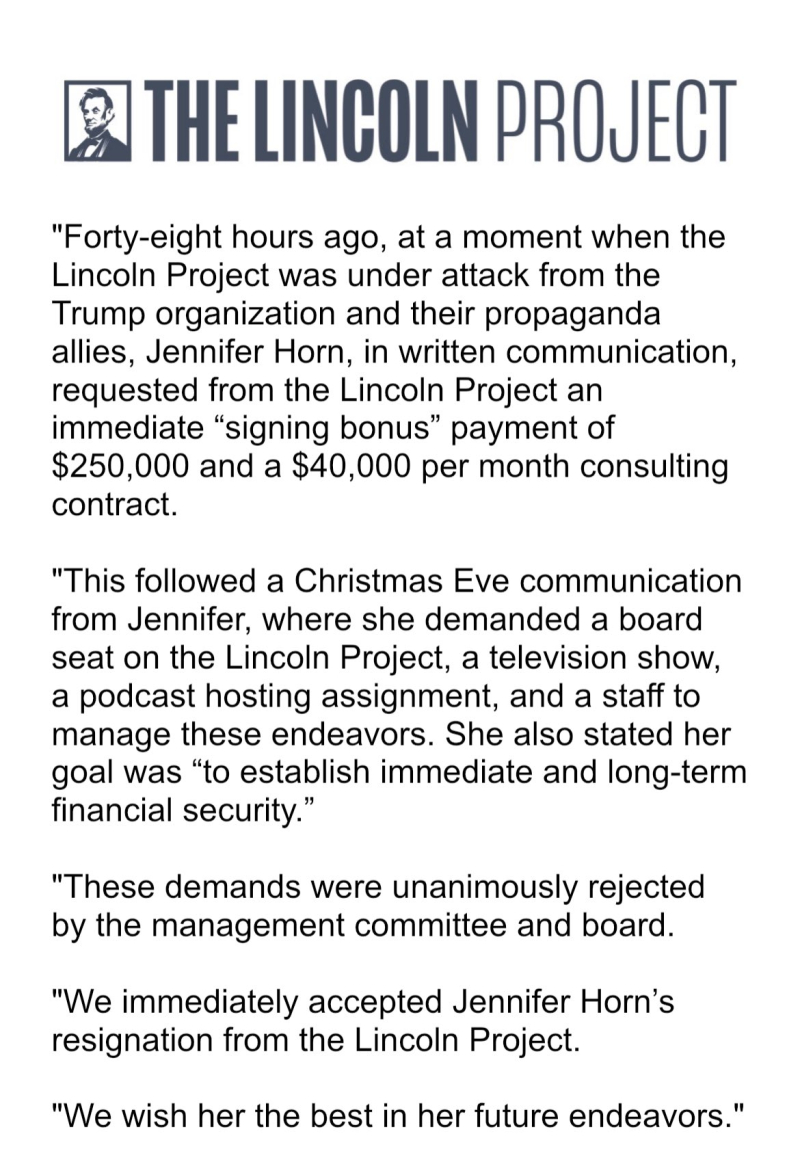 (Image via The Lincoln Project)

THE HILL: Jennifer Horn is leaving the Lincoln Project, claiming it's due to co-founder John Weaver's sexual improprieties ... but the org very vocally denounced him after firing his ass, and they're now saying she actually left after demanding a ton of cash and promises of TV glory.

VARIETY: Armie Hammer has been dropped by William Morris Endeavor over complaints about his kinky texts. Is more info coming?

INSTAGRAM: Remembering Silent Era superstar Ramon Novarro on the anniversary of his birth. The closeted gay actor had one of the more gruesome Hollywood endings — beaten by hustler brothers, left to choke on his own blood. One of his killers is still alive today and in prison — but not for murdering an old gay coot, because he was out of prison within just a few years for that. He's in for rape.