ABOVE: He and his shadow.

BELOW: Keep reading for a trans wrestling star, the QAnon Shaman shorn, a kinky guy in NYC using you to get his kicks and more ... 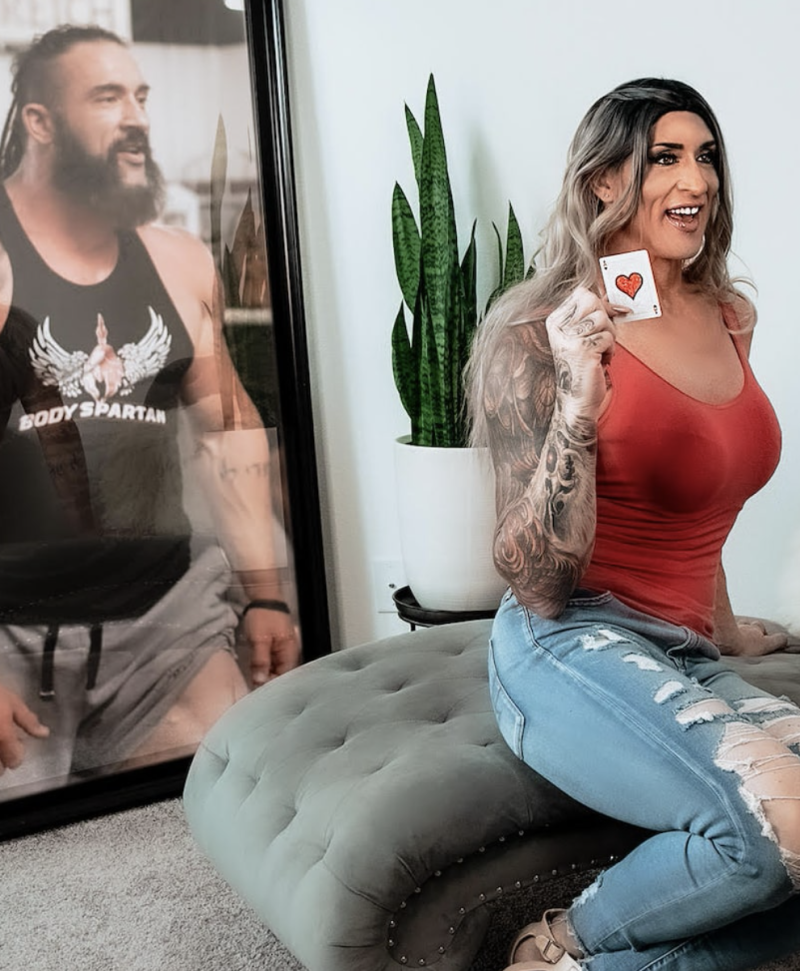 Tuft is body-slamming perceptions of being trans. (Image via ExtraTV)

EXTRATV: Former WWE wrestling star Tyler Reks is opening up about transitioning — she is now Gabbi Tuft, and becomes one of the most high-profile public figures yet to come out as trans. Considering her fanbase, her pledge to be totally transparent about the process may have as much if not more impact on public empathy than even Caitlyn Jenner's coming-out.

In an interview with Billy Bush, she said that telling her 9-year-old daughter was a big deal:

It's an ongoing conversation… I told her, “Sweetheart, I'm not going to go out in public right now and go outside,” and she goes, “Why, daddy?” “I'm afraid that people might make fun of me and it might affect you,” and she leans over gives me the biggest hug and she says, “Daddy, I will never make fun of you.” 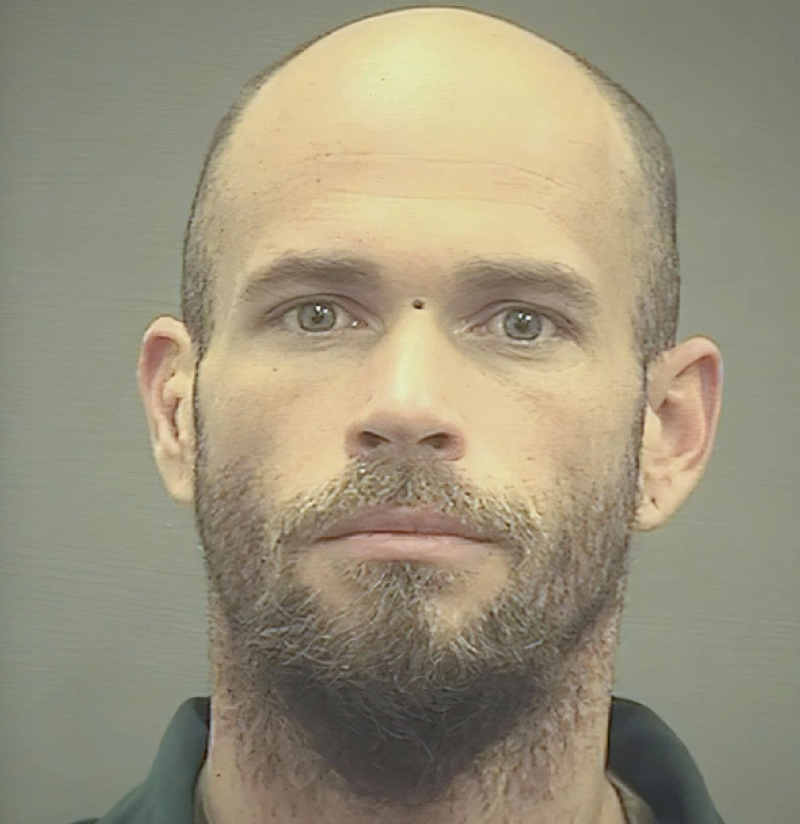 ABC11: Jacob Chansley, the QAnon Shaman from the Capitol Riot, has been granted the right to be served only organic food — and switched prisons in order for that to be facilitated. He's all cleaned up in his first mug shot, and he's already flipped hard on Trump, and is now blaming the whole riot on him. Gee, these insurrectionists must have disloyalty in their blood!

RUSSIAN LGBT NETWORK: After reportedly brutally apprehending them, Russia has handed two gay men who fled Chechnya back to their home jurisdictions, where they face violence and death. Biden has promised to make the fight for LGBTQ rights international. 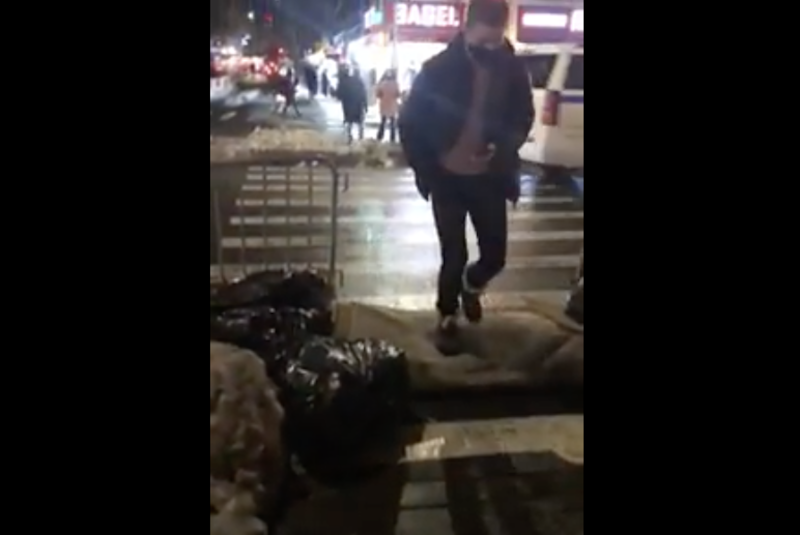 EV GRIEVE: Meanwhile, in the U.S., gay men are so comfy they can get into rolling themselves up in carpets on the street so that strangers will unknowingly step on them, giving them masochistic pleasure.

Today we started a pillow company, tomorrow we change the world

POLITICO: Fresh off assisting in the murder of over 400,000 Americans, COVID Response Chief Mike “Joe Biden Will NEVER Be President” Pence (who some say is also a former vice president) will become a Ronald Reagan Scholar (Reagan also enjoyed letting Americans die in a pandemic) for a youth conservative group, and will launch a podcast. Imagine listening to paint dry, except boring. I suggest the title Mother, May I?

HUFF POST: Surprise! Well-organized right-wing groups are behind the national anti-lockdown momentum, and are why California's Gov. Gavin Newsom should be worried about that state's ill-advised recall effort. 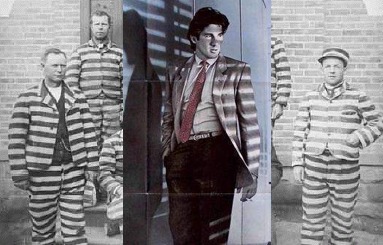 MY NEW PLAID PANTS: Jon Bernthal will star in a dude-centric series about what happens when the American Gigolo dude goes to prison? No.

AMAZON: The 21st (!) Boys on Film compilation is coming:

is yet another German actor who is happy to go full-frontal.

JAMA NETWORK: HRC is calling for more research after it's been shown that LGBTQ people are at a greater risk for serious COVID-19 complications, and:

Dillon Diaz has been integral to Noir Male’s popularity and success. We are excited for this new partnership. He brings fresh ideas and a welcome perspective to production that is crucial to the culture of the brand. We are pleased to offer him the opportunity to learn and grow as a writer and director. We are honored to have him as our first Brand Ambassador. He embodies our company ethos and all that we represent. Everyone behind the scenes at Noir Male is excited by Dillon and what he brings to the table. 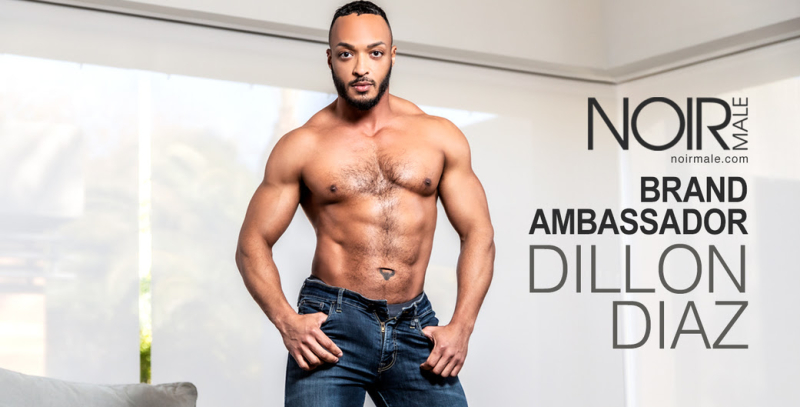 He brings a lot to the table, and then has sex on it. (Image via NoirMail)