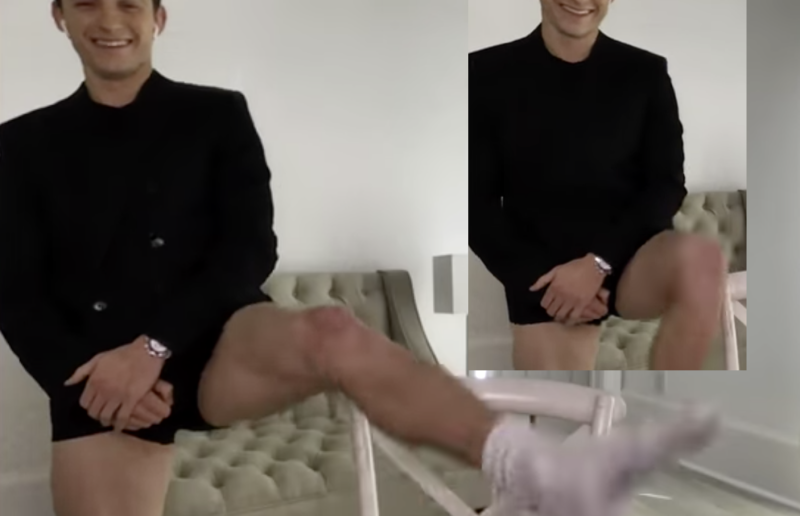 Jimmy Kimmel acts like Kurt Loder when presented with Madonna's cleavage, circa 1990. 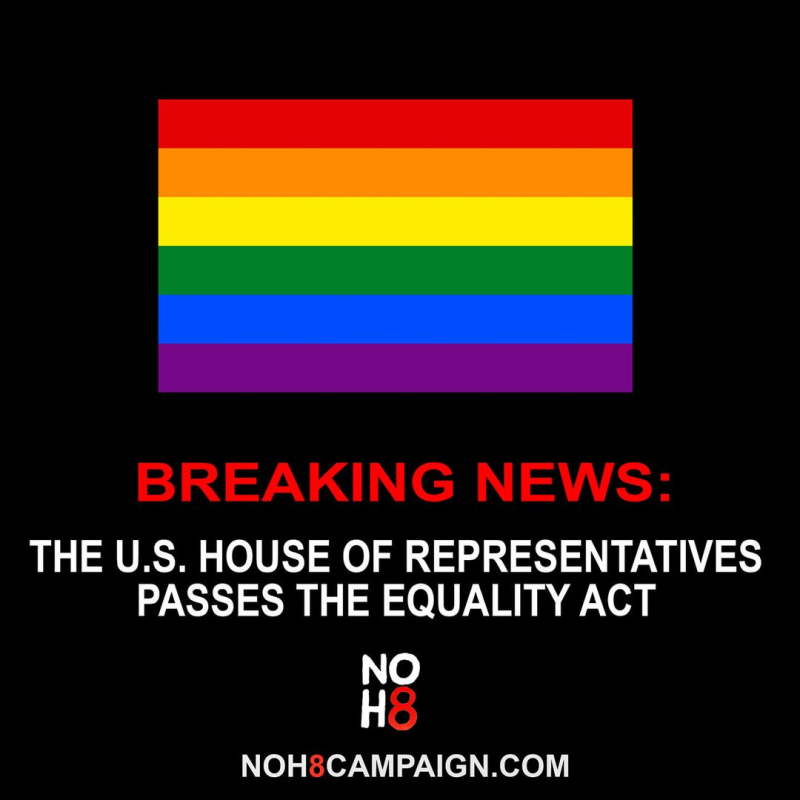 POLITICO: The Equality Act was passed by the House 224-206. Only three GOPers voted for it. Now, it's up to the Senate, where Republicans have already said it needs to include religious exemptions — which kinda defeats the point, no?

CBS NEWS: Senate Parliamentarian Elizabeth MacDonough has rules that a $15 minimum wage can not be included in the COVID-19 relief bill. Progressives are furious, but Biden is saying he'll work on a stand-alone $15 minimum-wage bill. Too much of a good thing is just the right amount. (Image via DNA) 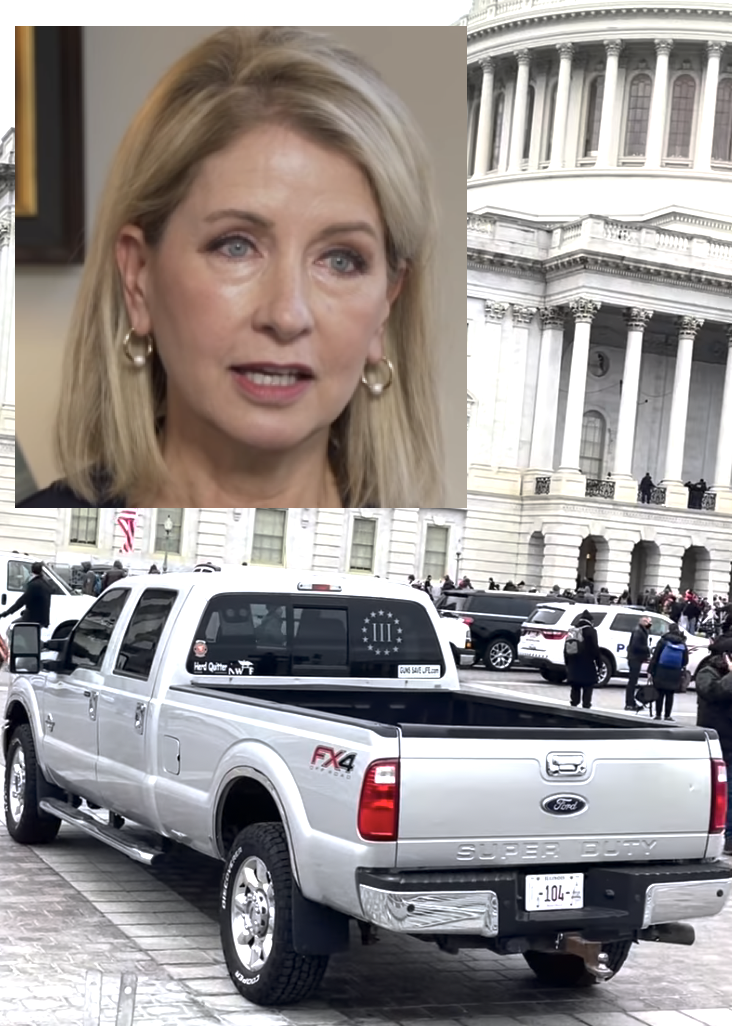 JOE.MY.GOD.: A Three Percenter militia truck spotted parked at the Capitol on January 6 turns out to belong to the husband of Rep. Mary Miller (R-Illinois). Said husband had also recently quoted Hitler favorably.

HUFF POST: The case in Georgia against Trump's election interference is moving along — but slowly. It's in the “early stages.” 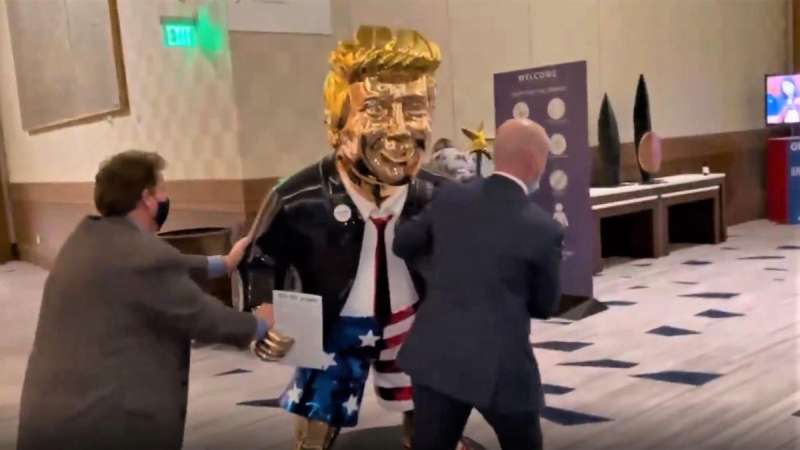 Someone doesn't know their Bible! (Image via video still)

TWITTER: At CPAC, where Trump will speak, a false idol made in his image has materialized.

HUFF POST: Despite his dubious criticism of Trump after the fact, Sen. Mitch McConnell (R-Kentucky) now says he would “absolutely” support Trump if he were the Republican nominee in 2024. (Spoiler alert: He won't be.)

US WEEKLY: Harry and Meghan stepped away from their royal duties to avoid a “toxic” environment. 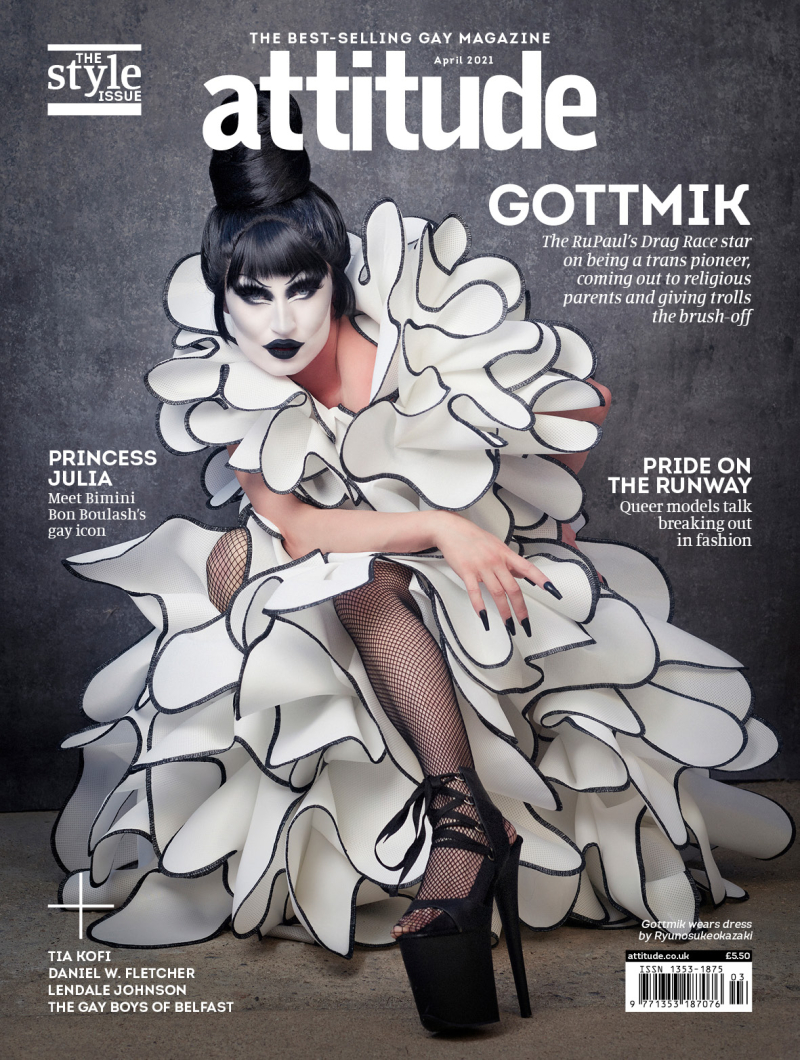 ATTITUDE: Gottmik — a trans man who does drag — covers Attitude, asserting that “transphobes are on the wrong side of history — and I'm just laughing from a gorgeous place.” The same issue also offers three covers of LGBTQ models:

TWITTER: Naomi Wolf has lost her goddamned mind. The writer, who voted for Biden but has since sided with Trumpers as an anti-vaxxer and conspiracy theorist objecting to ANY government-directed shutdowns in the interest of public health, actually tweeted the following — and was shocked when Twitter removed it: 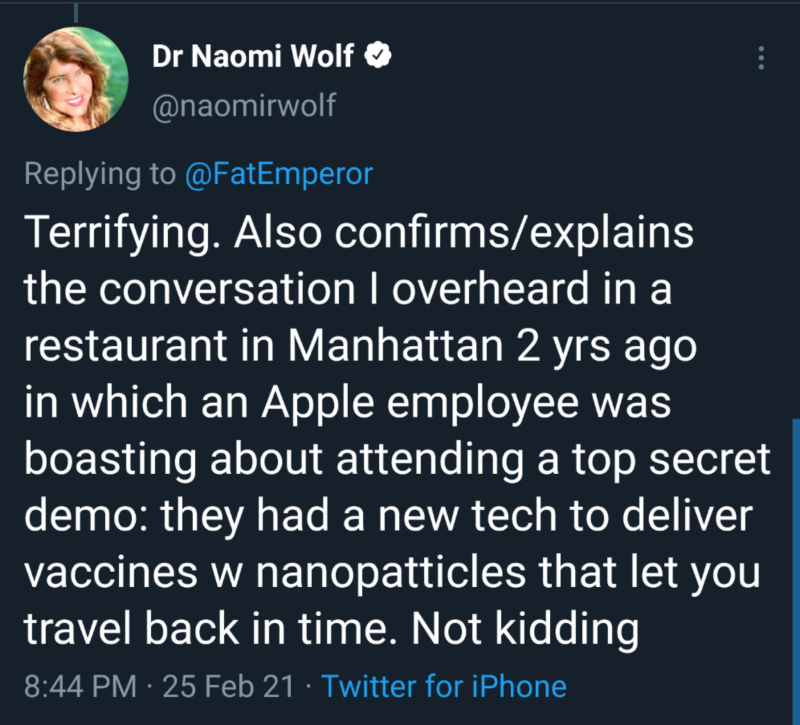 Her latest tweets are all about connecting dots re: vaccine conspiracies. (Image via Twitter)