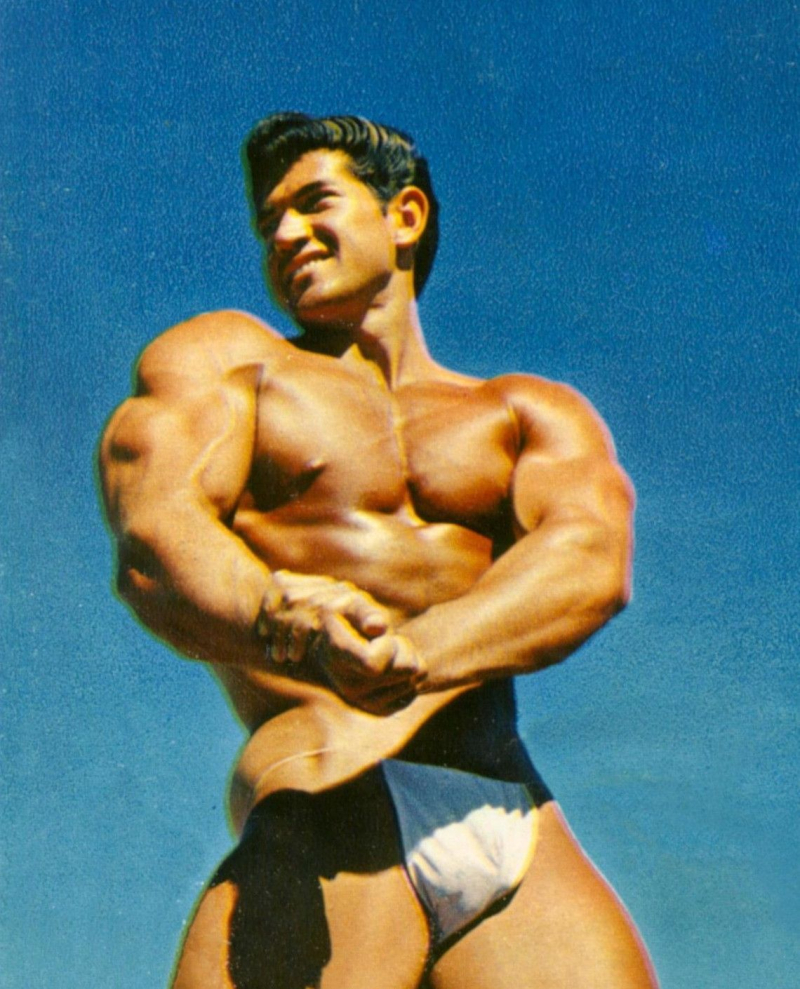 Reg Lewis, a towering figure in the bodybuilding field from the 1950s on, reportedly died on Valentine's Day, He was 85.

Lewis won many titles, including Mr. America and Mr. Universe - Tall (Short and Overall for that year, '57, were won by Arthur Robin, who is alive and in his nineties).

He was also a prominent figure in Mae West's coterie of beefcake.

Plus, a scan from my collection:

Posted at 9:47 AM in ABS, BICEPS, FOR YOUR THIGHS ONLY, GUYS, MOVIES, MUSCLES, OBITUARY, SHIRTLESS | Permalink | Comments (0)