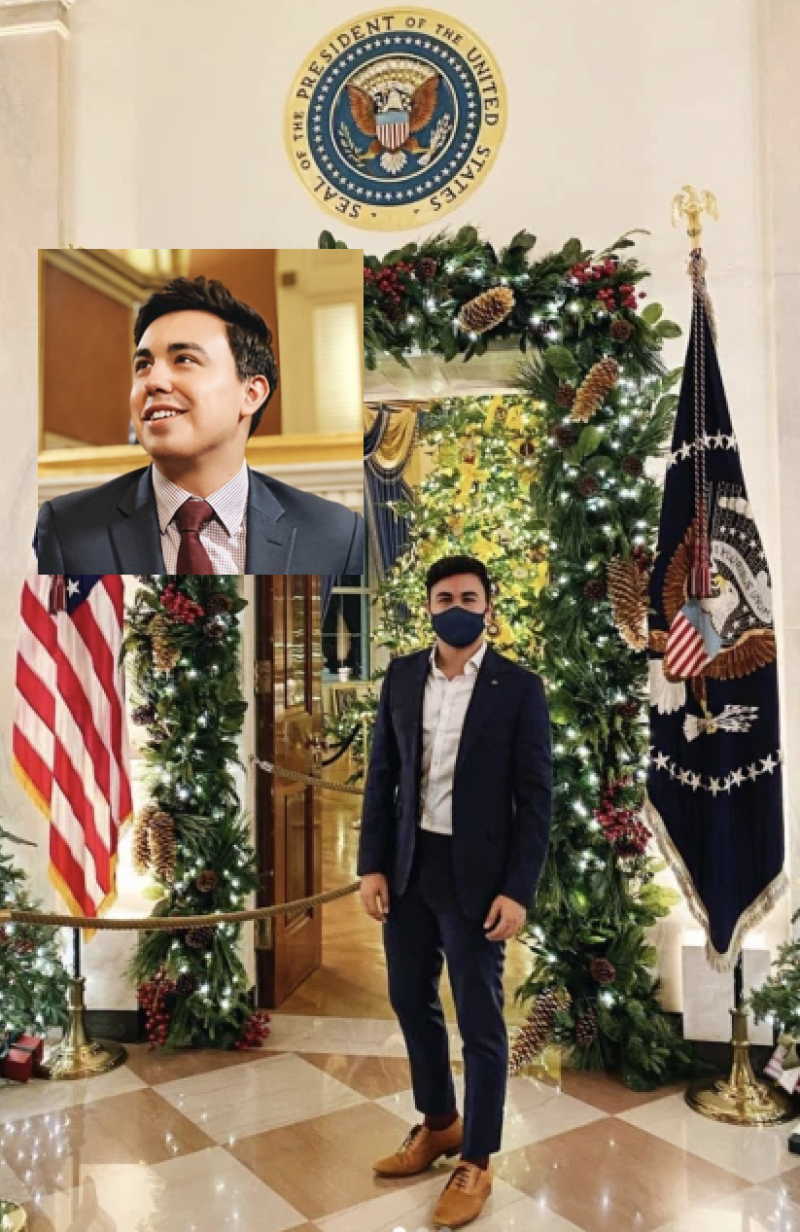 Verastigui, 27, was inside the White House last year. (Images via social media)

Verastigui has been inside the White House under Trump's reign and inside Congress — more than once — which doesn't jibe with QAnon's belief that Trump is somehow ridding the world of child predators (in secret ... SHHH).

Jared Holt published this portion of a chat that incriminated Verastigui. (Image via Twitter)

Verastigui's Twitter feed is very active, including tweets and re-tweets from up until February 5, when he was raving about various GOPers. The most ironic retweet includes the rhetorical question, “What about children?”

Hysterically, Verastigui apparently shot a photo of GOP Chair Ronna McDaniel (ROMNEY) ... that she still uses to this day! 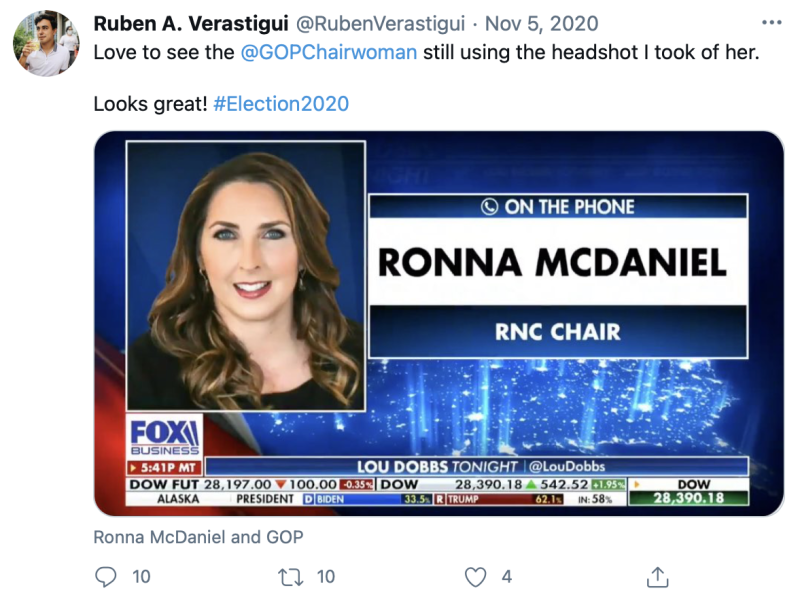