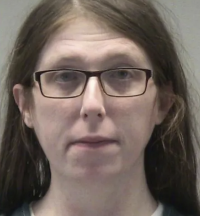 Jessica Watkins, the woman associated with the anti-government terrorist group the Oath Keepers, is actually trans. How in the actual fuck does a trans woman feel she fits in with a far-right militia? This horrendous woman wore tactical gear while storming the Capitol on January 6. She, among the many arrested, is likely to wind up with the stiffest sentence because of the violence inherent in her actions — so isn't it perfect that she's now asking to be released from prison because she's a'scared of how she'll be treated for being trans? Federal judges have already been way too lenient on these terrorists. Lock her up, and keep her locked up.

More on Watkins: This awful person is both a veteran and trans, yet unabashedly supports Trump — who went out of his way to institute a trans ban on the military — to the extent that she claims she was in charge of security forthe Trump rally, and met with the Secret Service. And the Secret Service hasn't denied her claim!

VICE: A rare story of individuals fighting China over a gay-censorship issue — and actually succeeding! 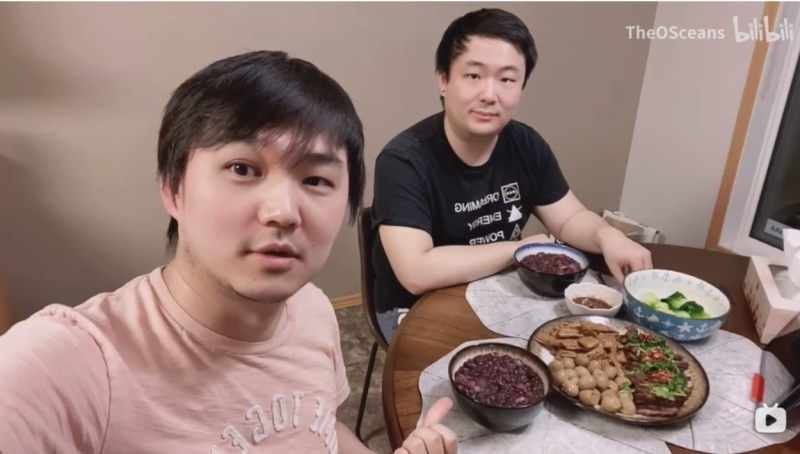 The Canadian residents fought a Chinese ban on their romantic video. (Image via video still)

ELECTION LAW BLOG: The Supreme Court has ruled against hearing cases involving the conduct of the presidential election in Pennsylvania in 2020, but three justices dissented, suggesting an appetite for stirring the pot on the issue of election integrity. Justice Clarence Thomas's dissent is revolting — he attempts, as a right-wing ideologue, to sow doubt in our electoral process without any proof. In fact, he argues proof isn't necessary!

A SCOTUS justice who pooh-poohs evidence (Image via screen grab)

REUTERS: The Court also, however, smacked Trump down in his quest to keep his tax returns private.

Neera Tanden=accomplished policy expert, would be 1st Asian American woman to lead OMB, has lived experience having benefitted from a number of federal programs as a kid, looking ahead to the committee votes this week and continuing to work toward her confirmation

HUFF POST: Neera Tanden, who is immensely qualified to run the White House Office of Management and Budget, is about to lose out on confirmation because assholes like Sen. Joe Manchin (D?-West Virginia), Sen. Susan Collins (R-Maine) and Sen. Mitt Romney (R-Utah) think she's far too partisan. They all voted to confirm fucking Mike Pompeo and Bill Barr. Give me a break. I hope, if she is not confirmed, that Tanden is given some other job that does not require confirmation. So what if she was a hothead on social media?

SOCIALITE: I'm practicing serenity by watching a silverback gorilla and his son inspecting the progress of a caterpillar.

NYT: Central Park ice rinks with a Trump connection were about to get shut down, but they'll remain open. However, that douche canoe who skated around with a TRUMP 2024 flag was certainly shut down:

INSTAGRAM (FOLLOWS APPRECIATED): So many big birthdays today, among them the eternal James Hong — who's been in, you know, everything:

ROLLING STONE: After a nearly 30-year run, Daft Punk has broken up.

KENNETH IN THE (212): When you have a Speedo addiction.

GR8ERDAYS: André Leon Tally is fighting eviction — and the story is messy.

The story involves some unfashionable disloyalty. (Image via video still)