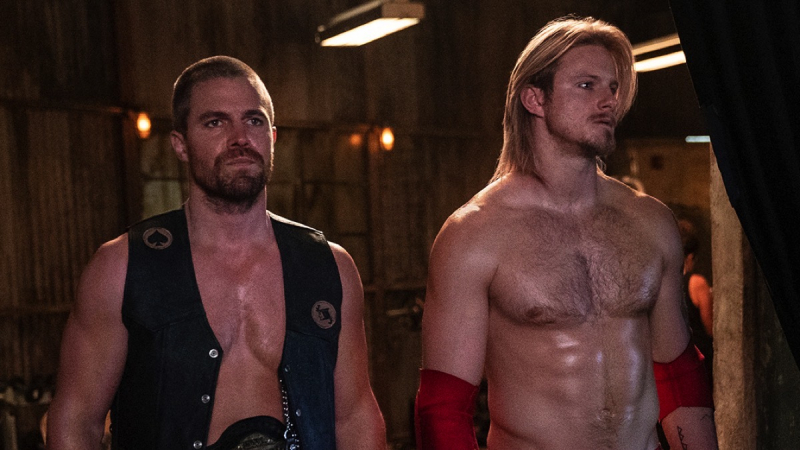 Oh, my Starz! (Image via Starz)

SOCIALITE LIFE: Stephen Amell and Alexander Ludwig look like Cruising extras in Heels, a new Starz series. (The lower half of the snap is also good.)

MARKETWATCH: Dow ends above 32,000 for the very first time.

CNN: Congress has officially passed Biden's monumental COVID-19 stimulus, the American Rescue Plan, which could halve childhood poverty in the U.S., among many other things. It enjoys 75% approval among Americans. And not a single Republican senator voted for it. (Guess how many Democrats voted for Trump's first, measly stimulus? Answer: ALL OF THEM.)

THE HILL: Sen. Roger Wicker (R-Mississippi) voted against the American Rescue Act, then bolted to Twitter to rave about his amendment, granting relief to restaurants. I'll have it both ways, please, with a side of lies! 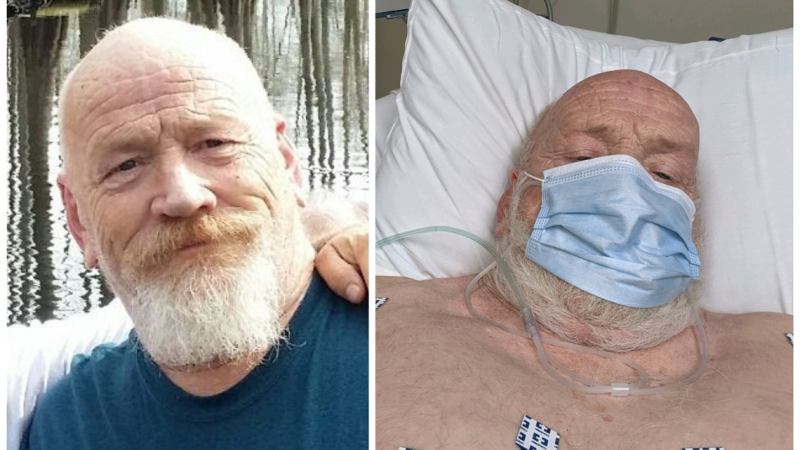 Being part of an experimental-drug trial may have saved his life. (Images via Paul Russell)

IDAHO STATESMAN: Boise trucker though COVID-19 was a hoax — now, he'll be on oxygen the rest of his life. I always wonder how conspiracy theorists feel when they become examples of how their theory was dangerously wrong — and are likely brushed off as crisis actors and plants by people with whom they previously agreed.

EXTRATV: It's revolting that Rep. Matt Gaetz (R-Florida) is jumping on the #FreeBritney bandwagon. And yes, it does matter who your champions are.

JOE.MY.GOD.: Nothing says OHIO to me like 77-year-old Fox News provocateur Geraldo Rivera. I guess forcing himself on Bette Midler doesn't count as a sexual assault since they're both famous and we already know it happened?!