ABOVE: As the coronavirus lingers, people are getting more and more punchy. 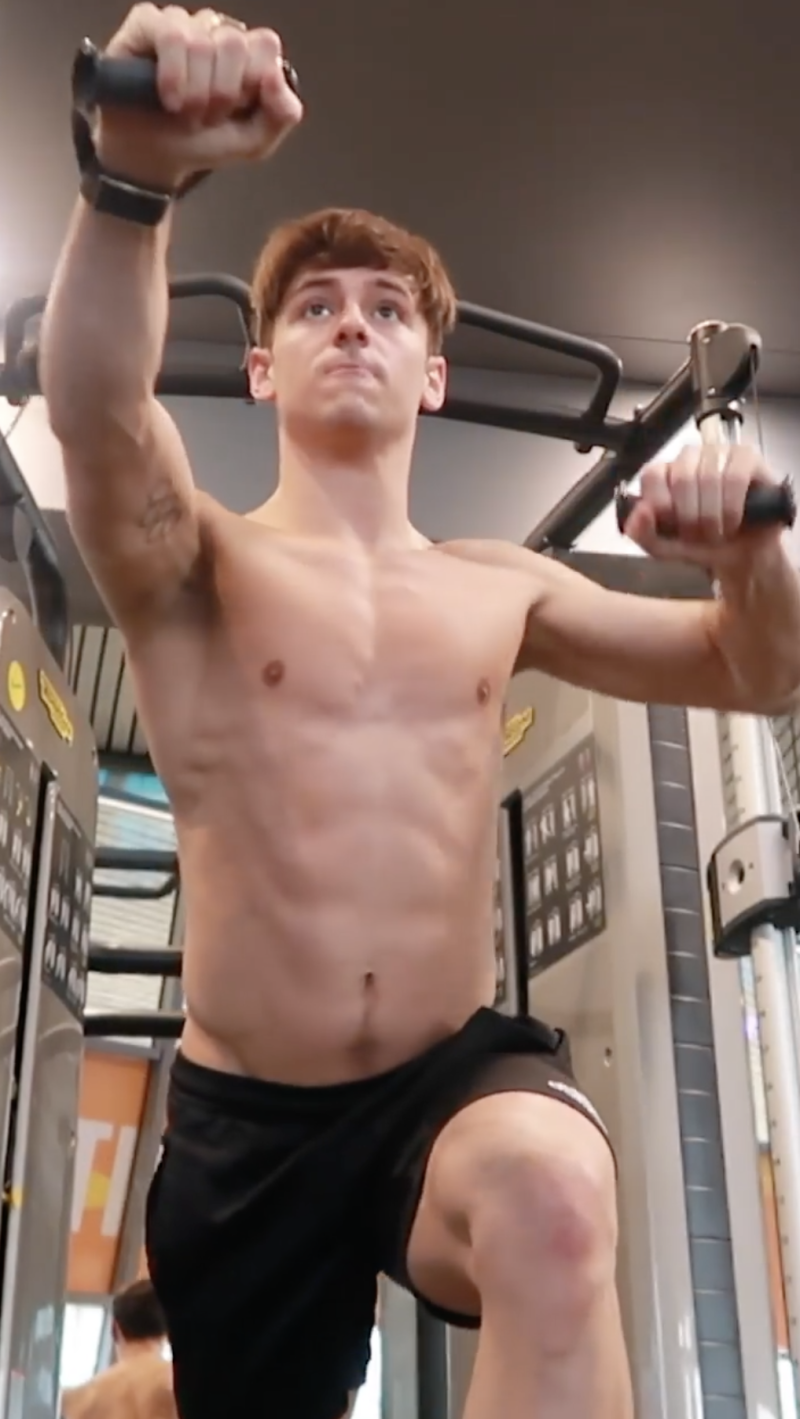 The song on his latest post is a classic, reimagined. (Image via video still) 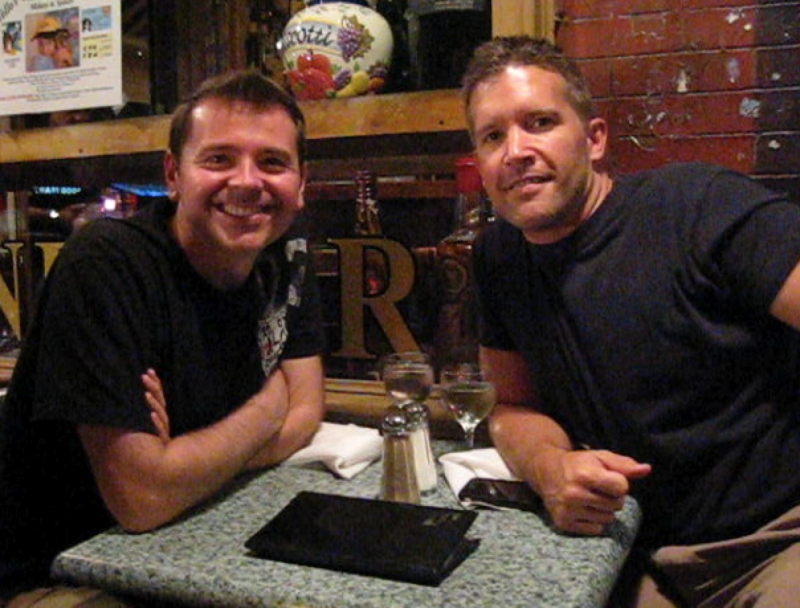 My last meet-up with Andy — 11+ years ago! (Image via Matthew Rettenmund)

TOWLEROAD: End of an era! After nearly 18 years, Andy Towle announced he is stepping away from his site Towleroad. In his letter, he touches on a lot of the things mine eventually will. What separates us is my site has never been lucrative, so when I leave, it will just die (unless I sell the domain), so that makes it harder to pull the plug. I was gratified that Andy saw fit to thank me in his notes, and to include Boy Culture in his summary of all things queer-blog-explosion. Towleroad will go on, though Andy teased that it could change directions ... ?

INDEPENDENT: Taylor Swift, years ago, had a series of high-profile relationships — and then wrote about them in her music. A sacred idol now, she's always been  hypersensitive about any jokes on the matter, once saying Tina Fey and Amy Poehler deserved a special place in hell for simply teasing her at the Golden Globes. Now, she's channeling all of her power as one of the most successful women alive to trash the Netflix series Ginny & Georgia for a one-liner. P.S. I'd be willing to bet most of her outraged fangirls demanding Netflix stop slut-shaming would call Madonna a slut in a hot second. 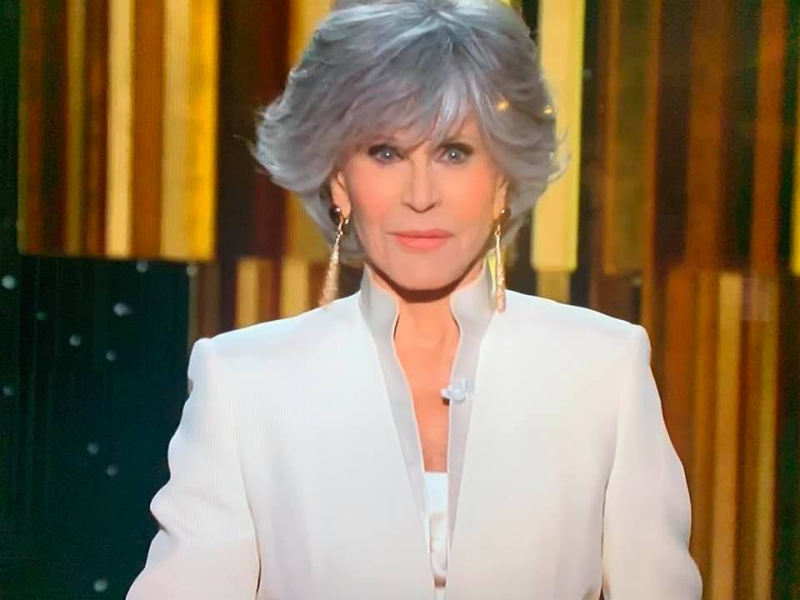 The highlight was this lady and her speech. (Image via video still)

EXTRATV: A complete list of the Golden Globe winners. I thought the aforementioned Tina Fey and Amy Poehler were hilarious (and uber glam — Amy's new face is edging into Bardot territory), and that the HFPA generously allowed one and all to dunk on them for having no Black members (out of 87!) and for inclusivity issues. I was surprised by some of the winners, too, mostly that Rosamund Pike won for her riotously entertaining, anchoring performance in the half-great, half-ludicrous I Care a Lot over Maria Bakalova for Borat Subsequent Moviefilm (she was the best thing in it); that Andra Day bested Frances McDormand and Carey Mulligan (my pick) for her performance in The United States vs. Billie Holiday (a rare film I haven't yet seen, curses); and that Jodie Foster won for her excellent turn in The Mauritanian over Amanda Seyfriend (the only tolerable thing about Mank, not counting its lovely look).

Went to the Golden Globes as your Baroness fiancée who is totally, TOTALLY cool with you marrying Maria. She seems very sweet and not at all deranged. Enjoy your curtain lederhosen, Baron!!!! pic.twitter.com/aSYtGhkmxr

So pleased Nomadland hasn't hit backlash territory yet, and I hope Promising Young Woman does better at the Oscars. P.S. Its director Emerald Fennell looked like Madeline Kahn in High Anxiety, no?

CNN: Former French President Nicolas Sarkozy has been sentenced to prison for corruption in a historic ruling that I hope the U.S. will emulate. 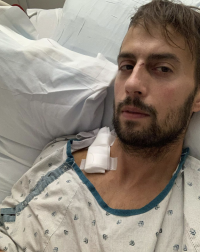 Ryan Fischer has spoken out from his hospital bed about the ordeal he endured last week, being shot while defending Gaga's three French bulldogs from gun-toting thieves in a white sedan. No leads in the case, but the dogs were found abandoned — seems likely the thieves had no clue whose dogs they'd boosted and panicked over the intense scrutiny.

Among other things, Fischer wrote:

I am still in recovery from a very close call with death and have kept myself (for the most part, I mean I am human) from the growing media story. I will write and say more later, but the gratitude for all the love I feel from around this planet is immense and intense. I felt your healing support! Thank you. I am humbled and grateful that attention and focus from the police were enough to get Koji and Gustav back to safety, and I know they are committed to bringing these criminals and attempted murderers to justice. I am so appreciative of everything you continue to do.

I've read Gaga will pay his medical expenses, but I hope she will hand him at least the same $500,000 she has committed to handing the woman who found the dogs.

NY1: New York Gov. Andrew Cuomo has reversed course in light of a second allegation of sexual harassment (this one not involving any touching), apologizing for having said anything he feels is being misconstrued and acquiescing to calls for the investigation into his conduct to be 100% independent — that means New York AG Letitia James will take over the inquiry. 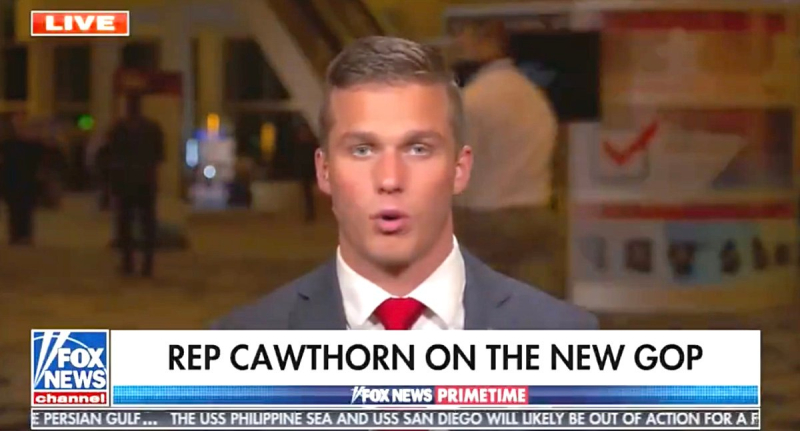 THE HILL: CPAC's straw poll revealed only 55% want Trump for 2024, making him their #1. Still, considering CPAC represents the most right-wing of the ring-wingers, that's low. Second place was “Ron Desnatis,” making one wonder if we elected someone via the wrong spelling that would mean a citizen somewhere with that alternate spelling would take office? 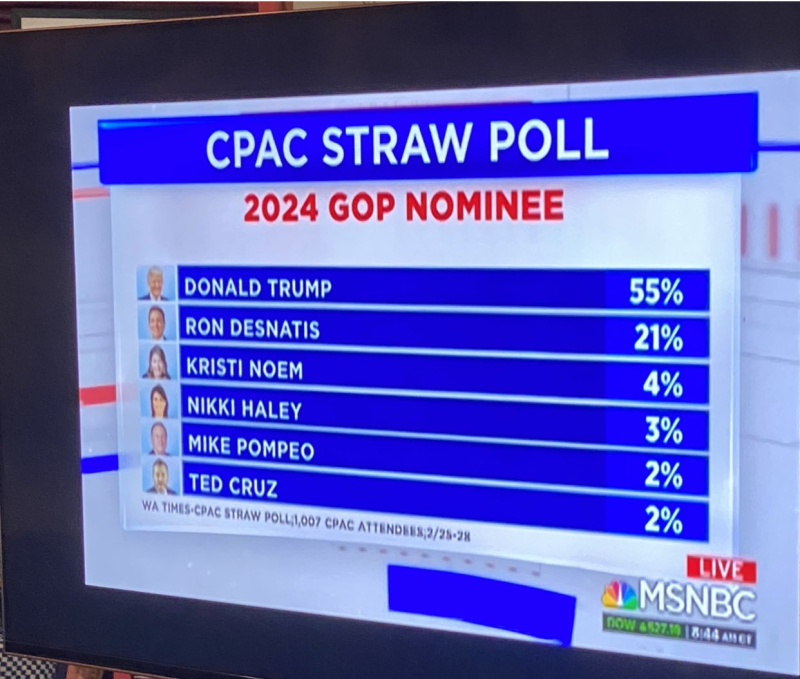 INSTAGRAM (FOLLOWS APPRECIATED): Happy b'day to so many, including one we have watched grow up practically from birth: