SORRY, CAN'T DO THIS!: Bully Piers Morgan Storms Off When Confronted Over His Meghan Markle Comments Comments (0) 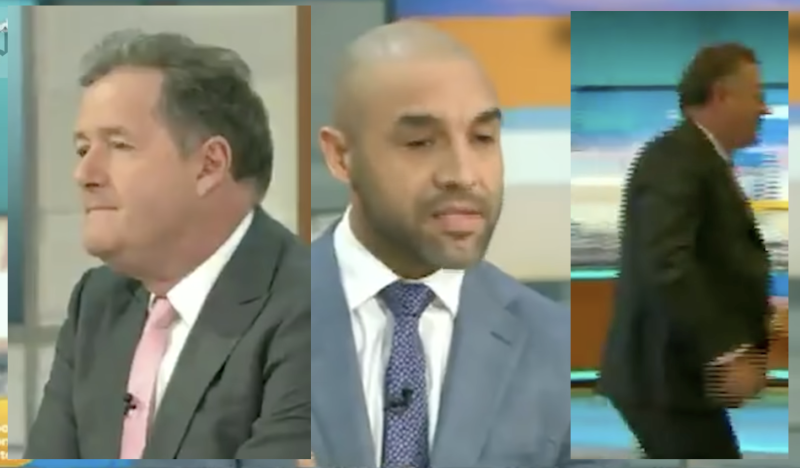 Morgan simply couldn't do it. (Images via video stills)

UPDATE: Morgan, one of the most inexplicably powerful and influential figures in the UK media, has quit in the aftermath of the controversy surrounding his remarks about Markle.

Piers Morgan, one of the most loud-mouthed bullies in the media — one with axes to grind against a slew of public figures, often women — could not sit and listen to one dressing-down on Good Morning Britian by co-worker Alex Beresford.

Beresford took Morgan to task for his venom against Markle, pointing out that Markle and Morgan had previously been in contact, and that she had cut him off. This reminded me immediately of the fact that Morgan, whose hatred of Madonna is legendary and oft-repeated, seemed to be most incensed by the fact that Madonna had ignored him. There is a huge ego at play there, and one that has been given far too much oxygen in the media.

Keep reading to listen to Beresford's critique and to watch Piers' hissy fit: