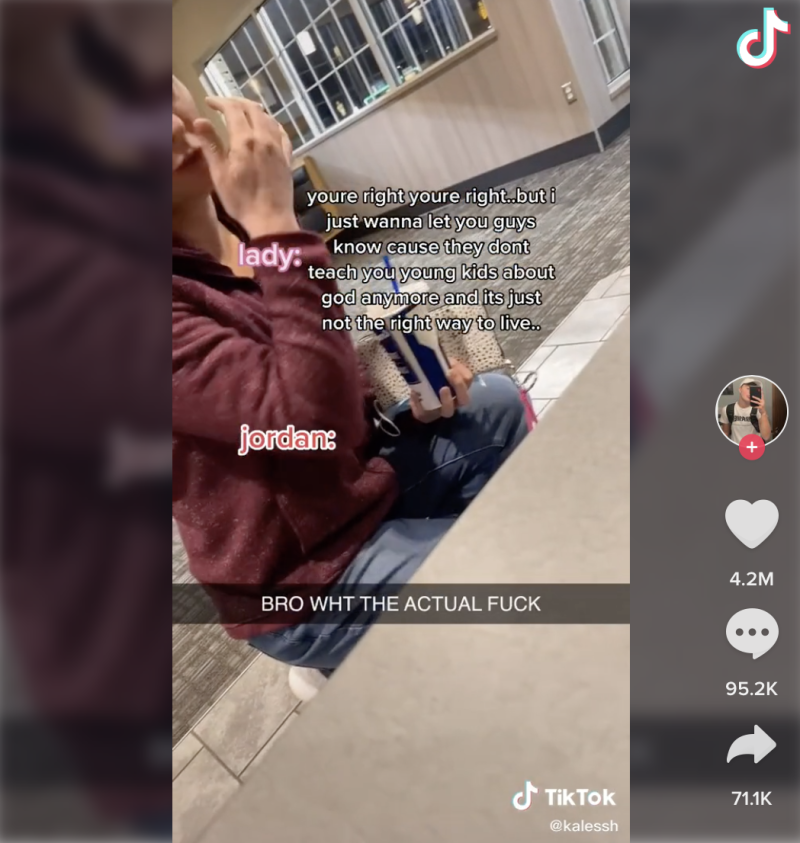 OMG.BLOG! (WORK UNFRIENDLY): Evangelical Christians are utterly insane. Watch and listen as one approaches two teenage girls and lectures them about God, telling them being gay won't get them into heaven. (They're cousins, BTW, not a couple.)

NEW YORKER: In an extensive piece on the likelihood that New York AG Cy Vance Jr. will be able to take down Trump, it is revealed that the Trump Organization's CFO, Allen Weisselberg, is in the crosshairs — and a prime target to flip on the Trumps. In the article, which is juicy from beginning to end, Weisselberg's former daughter-in-law states:

His whole worth is, “Does Donald like me today?” It’s his whole life, his core being. He’s obsessed. He has more feelings and adoration for Donald than for his wife ... For Donald, it’s a business. But for Allen it’s a love affair.

Doesn't sound too promising that Weisselberg will flip.

Also, in the same piece, it is alleged that Trump when the Weisselbergs were sitting shivah for his dearly departed mother. Then:

Trump showed up in a limousine and blurted out, “This is where my C.F.O. lives? It’s embarrassing!” Then, Jennifer recalled, Trump showed various shivah attendees photographs of naked women with him on a yacht. “After that, he starts hitting on me,” she said. Jennifer claimed that Allen Weisselberg, instead of being offended on her behalf, humored his boss: “He didn’t stand up for me!” Asked about this, Weisselberg’s lawyer, Mary Mulligan, said, “No comment.”

She is a believer in the idea that you can't do anything racist if you're not a racist. (Images via Twitter)

TWITTER: Sharon Osbourne is trying to fix it after her embarrassingly indignant rant on The Talk. She allowed in a BBC interview that Morgan has a personal vendetta against Meghan — but wouldn't entertain that it has anything to do with racism (or misogyny, which hasn't even been brought up, in spite of Morgan's well-documented vitriol against strong women from the Year 1).

TWITTER: Here is Piers Morgan explaining why he is nastily obsessed with Meghan Markle. It's — I'll say it again — remarkably similar to how he came to loathe Madonna:

He met her once pic.twitter.com/igBu50WTHN

THE GUARDIAN: Eddie Izzard has it right:

What's all the fuss? The famous comic came out as trans some time ago, and now uses she/her pronouns. The only appropriate response is: Good for her! I think what is confounding some is her insistence she she seesaws, and may go back into boy mode at times (including a male role in a new movie). At which time, the only appropriate response is: Good for him! This stuff matters so much to an individual, but unaffected individuals shouldn't be so threatened:

At the moment, Izzard is self-identifying as a trans woman. Does she think she will ever physically transition? “I might do. I feel that boy mode has had a good innings in this one life that we get. It would be great to get up in the morning and think I look like a woman so I’m going to throw on a tracksuit and have breakfast. It is getting better and better. I do feel I can express myself in a more feminine way, which may be the age thing.”

EXTRATV: Won't you be my neighbor? Disgraced Trump fixer Michael Cohen lives in the same building as Ivanka Trump! 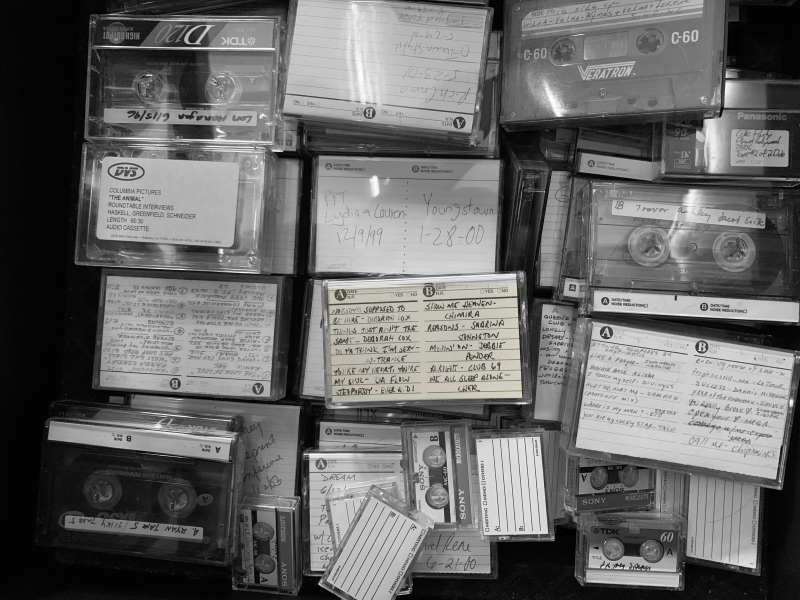 I have a lot of great music and one-of-a-kind interviews entrusted to cassettes! (Image by Matthew Rettenmund)

NYT: Lou Ottens, the father of the audio cassette (b. 1963) has died at 94. Innovation is happening so quickly that something like the audio cassette was created, became utterly indispensable and utterly ubiquitous, and was made moribund within about half of its creator's life.

THR: The Razzies are here, and Dolittle looks set to clean up.

YOUTUBE: The people behind this incredible, drone-created shot — yes, it's all one shot — of a Minnesota bowling alley are juggling interest from Hollywood. It is definitely all one take, though took a dozen or so tries to get it this perfect:

GAY FLESHBOT (WORK UNFRIENDLY): Hole lotta shakin' goin' on! Kinda surprising how many actors have not only gone nude, but revealed more than just their butts.

KENNETH IN THE (212): A weekly look at what's in the various LGBTQ publications that still exist, including a Lavender look at real gay weddings — and wedding photography. 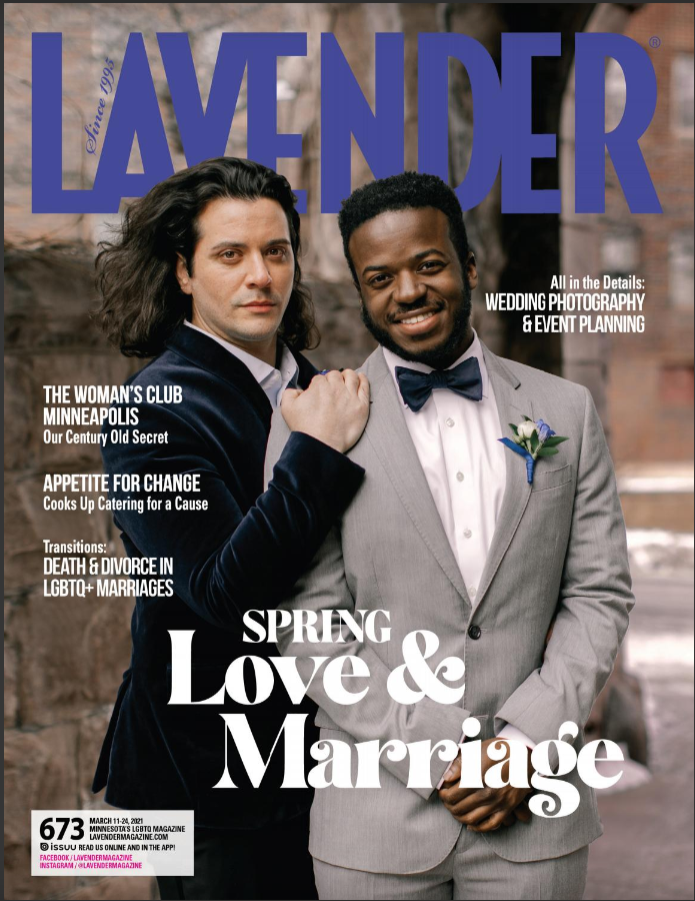 They do! (Image via Lavender)