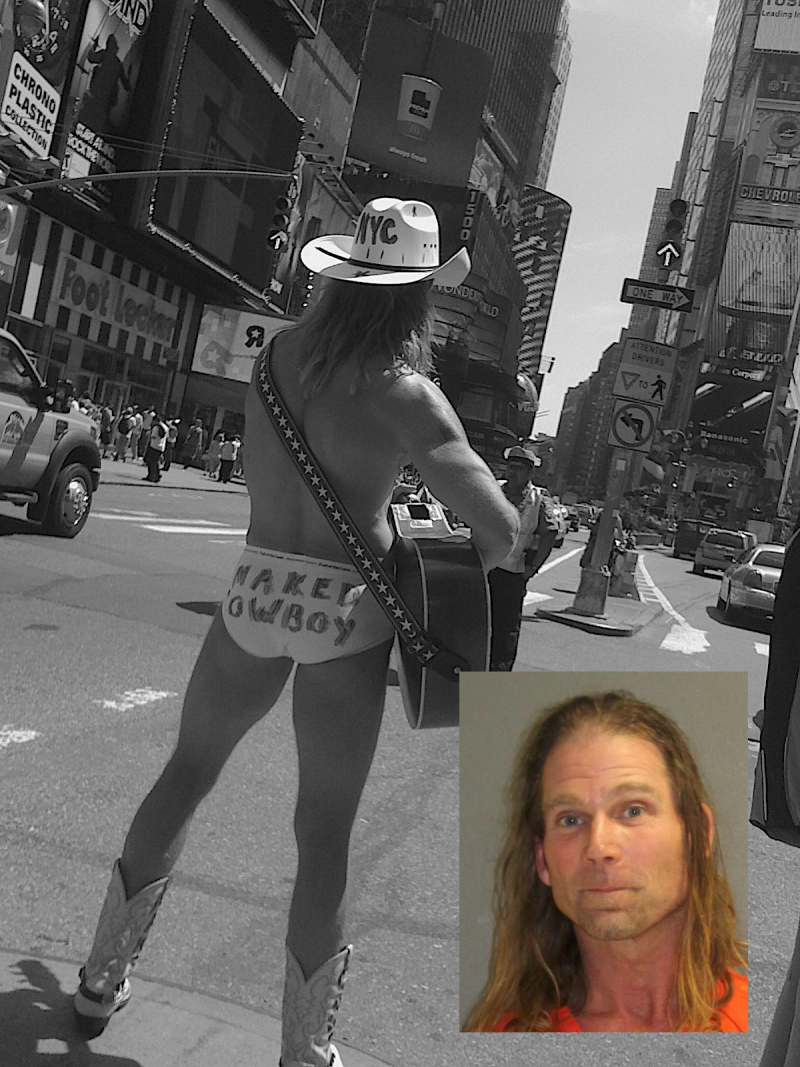 Robert Burck — known in NYC as the Naked Cowboy, who has haunted Times Square for at least 15 years in his underpanties — was arrested in Florida while attending Dayton Beach's Bike Week.

According to The Orlando Sentinel, Burck, 50, was arrested for aggressive panhandling on March 6. Video shows the arrest, and records reveal he was sprung today, Sunday.

Screw him — I remember him being pro-W and he was certainly pro-Trump. No clue what made Daytona cops decide it was worth arresting him, though, unless these were deputized members of the fashion police.