ABOVE: Someone remix the above, because I feel like dancing. My mom is FINALLY getting her first shot today, and I hope I will get mine by April or — apparently — May. 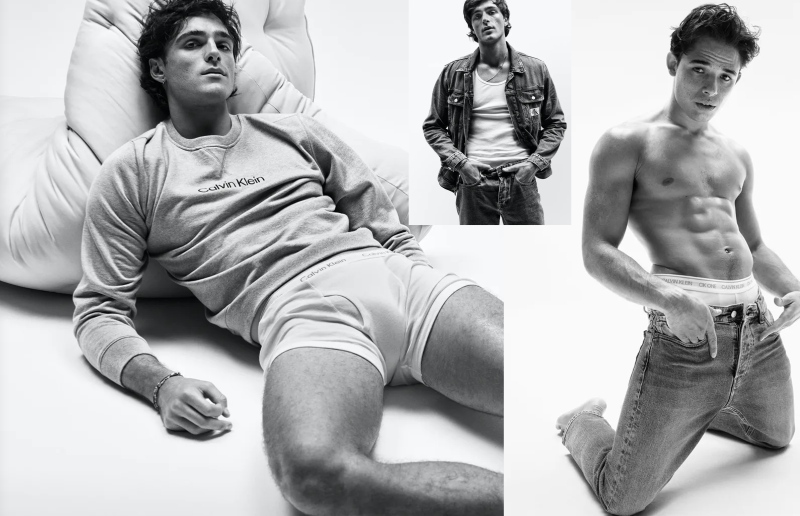 There was a 0% chance CK wasn't gonna snap up Elordi; Ramos is a bonus! (Images via Calvin Klein)

Marjorie Taylor Greene tries to shut down House business for the day with one of her random motions to adjourn pic.twitter.com/18AFkvKaz0

TWITTER: Rep. Marjorie Taylor Greene (R-Georgia) YET AGAIN tries to shut down House business by demanding that the body adjourn. She is not only useless, she's classless — wearing a THIS MASK IS AS USELESS AS JOE BIDEN mask.

HUFF POST: Tim Allen thinks getting the giggles over Trump's divisiveness puts him above the rest of us mere mortals. In his interview with Marc Maron, he confirmed he voted for Trump in '16 in spite of being friendly with the Clintons, and added to his gross statement that being a conservative in Hollywood was like being a Jew in Nazi Germany by saying:

Once I realized that the last president pissed people off, I kind of liked that. So it was fun to just not say anything. Didn't join the lynching crowd.

Now being a white man with millions of dollars who is voting for the status quo and getting a little criticism for it is tantamount to lynching?!

INSTAGRAM: Another person who apparently has an inflated sense of self is LGBTQ actor Hugh Sheridan, who came out in 2020 but is P.O.'ed that a gig he'd lined up to star in a production of Hedwig and the Angry Inch fizzled over complaints that he isn't trans. He has referred to 2020 as being all about “cancel culture” while hyping a new project — called, um, Hughman.

I totally understand why so many people look at the debate over casting LGBTQ people in LGBTQ roles as boiling down to “acting is acting.” However, saying “acting is acting” presumes the playing field is level. I think it's quickly becoming more level when it comes to gay actors, but it's clearly not level for trans actors, and being a non-trans actor and losing a role because of it really doesn't feel like cancellation to me. If it feels like cancellation to Hugh, I would suggest he take a moment to realize what not even being seen for roles feels like for trans people, or maybe just check out his own timeline and reflect upon the fact that immediately after losing that part he is bouncing into an entire show named for himself. Not exactly canceled.

Also, unrelated to Hugh, I find that a lot of people who snap that “acting is acting” are also among the ones who get pissed off when classic roles are reimagined with non-white actors, or non-male actors or, like Bridgerton, completely tweak expectations. People frame this issue as trans people constantly complaining, but it's the non-trans people who seem to be most aggrieved. Just a thought!

I don't think it's possible to ever insist on gay actors in gay roles in every case. When it comes to non-trans actors playing trans roles, I think there is at least a good-faith debate to be had as to whether it's comparable to casting people of one race to play another, so I'm unsure if it's a limited or permanent issue.

POLITICO: Texas Gov. Greg Abbott, a Republican, has totally lifted all COVID-19 restrictions in the state, even though cases are on the rise. California Gov. Gavin Newsom, a Democrat under attack even though his state ranks #30 in deaths per capita, calls the move “reckless.”

JOE.MY.GOD.: Turns out CPAC agreed with media that its stage wound up resembling a rune popularized by Nazis. And they were mad! And not, as you might guess, in a WOW, I COULDA HADDA V-8 way.

A Chris before dying (GIF via GIPHY)

GAY FLESHBOT (WORK UNFRIENDLY): Do you care — perhaps even a lot? — for Chris Messina?

GREG IN HOLLYWOOD: First Andy Towle retired on us, now Greg Hernandez has one foot out the door. (Perhaps temporarily.)

KENNETH IN THE (212): Kenneth continues on, thrusting hot men in our faces.

Laughing all the way to White Plains! (GIF via GIPHY)

DLISTED: Somewhat related — I'd feel embarrassed asking my readers to hand me money as an incentive to keep going (I've considered it!), and yet here is a friend of André Leon Talley asking for free money to enable the fashion legend to continue living in a mansion he doesn't own. Okay, then! ALT has said he appreciates, but does not need, the support. 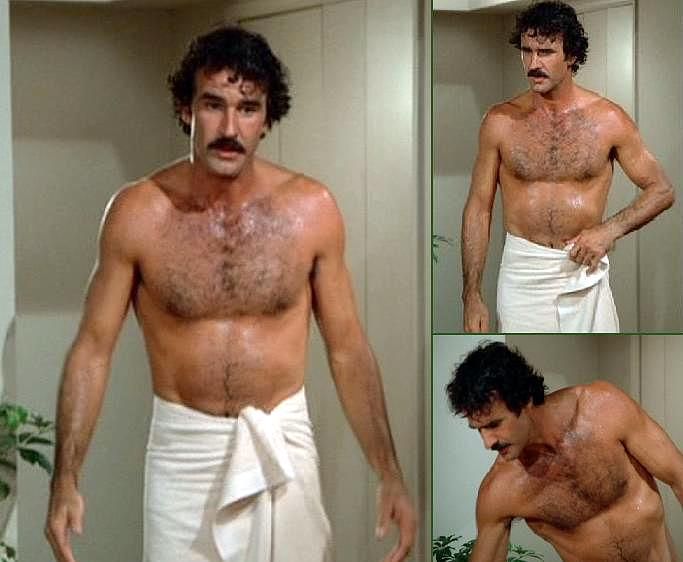 A case for the ex (Images via video stills)

GR8ERDAYS: RIP Geoffrey Scott, the handsome actor known for playing Mark Jennings on Dynasty, among other things. He was also a prolific commercial actor, a Marlboro and Old Spice man who shared a cup of Maxwell House with Margaret Hamilton: