POLITICO: Is Andrew Yang really going to be mayor of NYC?

SOCIALITE LIFE: Pics of Harry Styles posing as Ariel from The Little Mermaid have surfaced.

JOE.MY.GOD.: Outrageously anti-gay activist Judith Reisman has died at 86 — finally. She felt all gay men were pedophiles, and slurred Kinsey and his work.

JOE.MY.GOD.: Tucker Carlson is using his Fox News platform to falsely claim the Pfizer COVID-19 vaccine doesn't work, all because Pfizer's CEO said a booster shot will be needed in a year. (Isn't that what we all expected? A more or less seasonal COVID-19 shot, just like we get with the flu shot?) 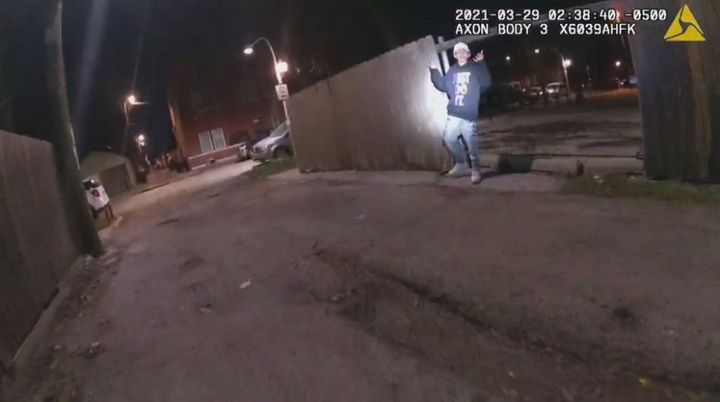 Toledo was told to put his hands up, he did, he was shot. (Image via Civilian Office of Police Accountability)

HUFF POST: Adam Toledo, 13, was shot dead by Chicago cops, and the narrative was that he had a gun. Even the city's (out lesbian, formerly popular mayor, Lori Lightfoot, suggested society had failed Toledo on the supposition that he had a gun in his hands. It's not been confirmed he did not have a gun in his hands, and that his hands were in the air — and he was still shot dead.

KPRC: Texas is heading toward eliminating licensing from gun ownership.

THE GUARDIAN: A data breach has revealed a slew of sitting public officials and police officers who threw money at accused MAGA killer Kyle Rittenhouse.