ABOVE: Food for thought. Penske, who owns Rolling Stone, really is a far-right GOP donor.

BELOW: Keep reading for the incident at the Capitol, Eric Andre nude, Bhad Babie's OnlyFans bonanza and more ... 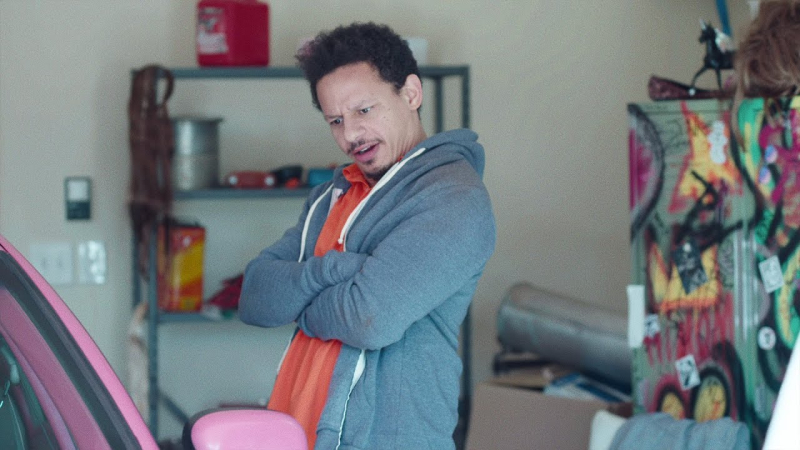 COCKTAILS & COCKTALK (WORK UNFRIENDLY): Eric Andre's nude scene is not a Bad Trip at all.

HUFF POST: A car smashed into a barrier, injuring two Capitol Police officers, at the U.S. Capitol. A suspect is in custody. There are conflicting reports, but it sounds like it was the suspect who was shot after he rammed cops while trying to bypass a security barrier and jumped of his car wielding a knife. I've read one officer has since died of his injuries. The incident reportedly took place where senators and staffers usually enter the Capitol for work, on the northwestern side.

BREAKING: Sources tell The Post that officers were just rammed into a barricade outside the Capitol. Suspect has been shot. Two officers appear in critical condition.

The attack occurred at the same time a Capitol helicopter unexpectedly landed on the East Lawn of the Capitol complex, a sign that something was amiss:

JUST IN - Helicopter just landed on the east front of the US Capitol.pic.twitter.com/UfeAqH9PmM

USA TODAY: GOPers have been whining that the fence around the Capitol was unnecessary — I guess they were advance men?

CNN: The head of the homicide division of the Minneapolis PD and others have testified that Derek Chauvin's restraint of George Floyd was “totally unnecessary.”

DAILY BEAST: Shady texts from accused sex trafficker Joel Greenberg reportedly led to Rep. Matt Gaetz' legal troubles. Greenberg, in 2018, endeavored to get Gaetz a quickie ID by taking him to the Lake Mary, Florida, branch of his tax-collection agency after hours on a weekend. That raised red flags, and led to the discovery of information that tied Gaetz to wrongdoing. After that, fed dug deeper. Now, Gaetz stands accused of paying an underage girl for sex, among other possible crimes.

THE HILL: Gaetz's spokesman has quit in the midst of the widening scandal involving Gaetz and child sex trafficking.

ABC NEWS: When Gaetz was a member of the Florida House of Representatives, he and his colleagues allegedly made a game — complete with a points system — revolving around bedding female interns, staffers and peers.

Remember how the Democrats are supposed to be the ones acting entitled?

COMPLEX: In sort of related news, 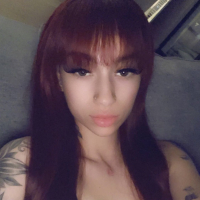 Bhad Babie — the rapper formerly known as bratty Danielle Bregoli — has had a pretty spotty career, but has never been far from the public eye. Now, having turned 18 less than a week ago, she joined OnlyFans ... and banked a million dollars.

I can't blame her for taking a million, and she and her fans did nothing illegal, but many women are upset that her overnight success — due to having turned legal overnight — means men were fantasizing about her when she wasn't 18. That is not a false statement, but the idea that they're pedophiles is jarring. I don't know if we can ever come to a true consensus on what is right and what is wrong when it comes to the age of consent, but right now, it is totally legal for an adult of any age to have sex with anyone 16, 17 or 18 (depending on the state). If you think any of those ages are too low ... what is the appropriate age to allow people to be responsible for their own sexual choices? Because I can guarantee you if it's 21, people will be looking at 20-year-olds, etc.

Will we ever figure this out? It feels like all age gaps are now called perverted, and all older people with younger partners referred to as groomers. It feels like Q Anon has warped our sensibilities — or maybe Q Anon is the logical extension of an increasing awareness of pedophilia (awareness and revulsion = good) and a conflation of older/younger relationships with pedophilia (conflation = bad).

EXTRATV: This Daytime Emmy winner went missing in October, and her body wasn't found until Tuesday — buried under debris in her own home. I hate stories like this; they always make me wonder if the person were buried alive and suffered. I also look around at all my stuff, and while I am not a true hoarder (no used diapers! no perilous stacks!), I wonder if my desire to be an amateur archivist of gay stuff, photography and Madonnabilia will be my undoing as well. RIP Evelyn Sakash, 66.

INSTAGRAM: I don't know why I'm so obsessed with Debralee Scott, but I am.

KENNETH IN THE (212): Weekly gay-mag round-up includes features on Nico Santos, Santiago Garcia and the one and only Olivia Newton-John.