ABOVE: Tell me again how you'd say no because tattoos ick you out.

BELOW: The Senate votes to curb anti-Asian hate, a white soldier is arrested for harassing a young Black man who dared to set foot in his neighborhood, Karen Olivo is militantly about social justice and more ... It's really that simple — #StopAsianHate (Image via YWCA)

Utter and total villains, and proud to be.

NBC NEWS: Jonathan Pentland, a U.S. soldier, has been arrested and charged in the case of that viral video showing him pushing a Black man in a South Carolina neighborhood and threatening him:

BREAKING: “A white non-commissioned Army officer depicted in a viral video accosting and shoving a Black man in a South Carolina neighborhood has been charged with third-degree assault,” @AP reports.
Video here shows some of the confrontation:
pic.twitter.com/rKa9sKawah

“Get to know me, because this is who I am!” Pentland screams as he bullies the victim. We know you.

NBC NEWS: Courtney Stodden comes out as non-binary. Probably a reflection of a bias I have, but it surprises me she would ID this way. I have never experienced this feeling, so I can't relate, but I don't have any ill will about it, even if — as a copy editor — it introduces an extra fact to check.

PINK NEWS: Texas Senate Bill 1646 would criminalize parents who are affirming of their minor children's gender choices. Seriously. It would all kids to be removed from parents who allow medical and other affirmation of gender identity if it goes against the gender assigned at birth. 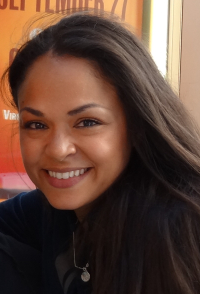 Karen Olivo (she/they) has announced they will not return to Moulin Rouge!, and is calling out the industry over its refusal to forcefully reject Scott Rudin — and to stand up as more than just entertainment:

Social justice is more important than being the sparkling diamond. Building a better industry for my students is more important than me putting money in my pockets ... The silence about Scott Rudin? Unacceptable. Unacceptable. That's the easy one, y'all. That's the monster. That should be a no-brainer ...  I don't need to be on a stage. I need to be out here. People are more important than your pocketbook — that's it. That's all that needs to be said from here on out. I value humanity more. I want a theatre industry that matches my integrity. Come on, ya'll! Why don't we go make it? It's not here, obviously. Let's go make it. Let's divest, and invest in ourselves. Let's put our money with people who value human life and respect human life — it's easy. That's it.

EXTRATV: Former child star of the '50s dies in Arizona at 77 — and there was no one to claim his body.