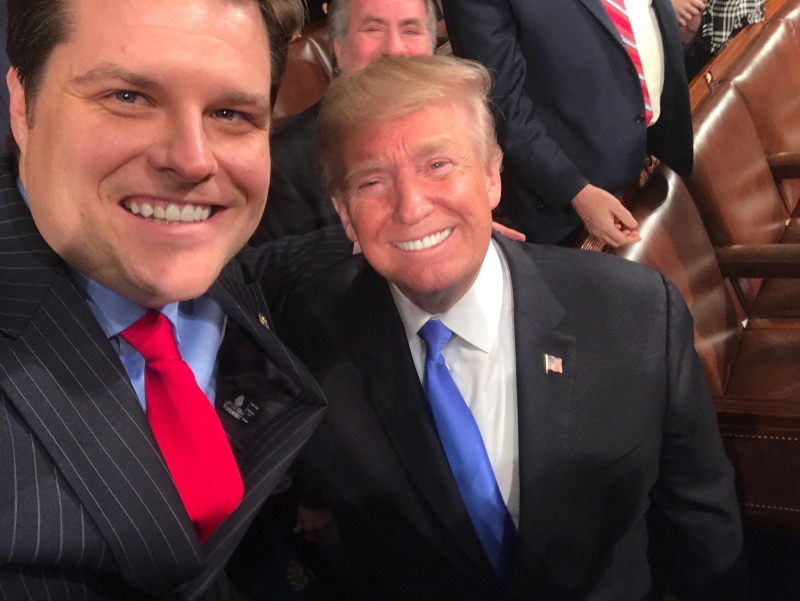 Trump is like any star — he doesn't ultimately respect anyone who would be a fan. (Image via selfie)

Rep. Matt Gaetz (R-Florida) sought a blanket pre-pardon from Trump in the waning days of Trump's presidency — and was probably as surprised as we are now that he was flatly refused.

The fact that Gaetz felt he needed a pardon suggests he was well aware of a host of crimes he had committed, perhaps including the ones that have fueled the current investigation into alleged sex trafficking and sex with an underage (17) girl.

Via The New York Times:

In recent days, some Trump associates have speculated that Mr. Gaetz’s request for a group pardon was an attempt to camouflage his own potential criminal exposure.

Either way, Mr. Gaetz’s appeal to the Trump White House shows how the third-term congressman sought to leverage an unlikely presidential relationship he had spent years cultivating.

Gaetz's goose is cooked, and he strikes me as the type of guy who would probably take everyone down with him if he is going down.