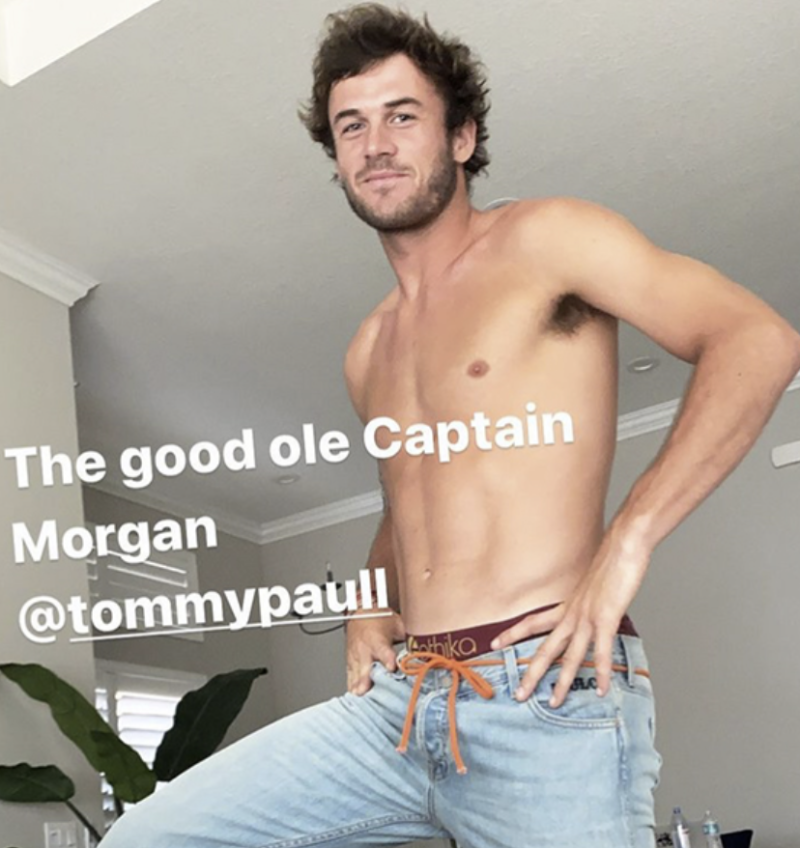 Tommy, can you Nair me? (Image via Instagram Stories)

KENNETH IN THE (212): Tennis hotties get fresh at the weekend.

“At the age of 66 and after 25 years of work in the trenches,” Schindler wrote, “it is time to make way for newer and younger voices. Institutions and communities make a mistake when their leadership resists orderly and timely transitions to fresh blood. The generations that have come of age in the years since I was young have different perspectives on the challenges facing our community and even on what it means to be queer in American society. Those perspectives demand to be heard.”

Schindler insists that he, and other older LGBTQ people, still have “much to contribute”—and he intends to do so as a writer and activist—but a part of stepping aside was necessary to ensure a younger generation felt they had a platform.

OUTSPORTS: Basketball player Kevin Durant sent actor Michael Rapaport homophobic messages. Once they were aired, all the NBA did was fine him $50K — which he can easily afford. No suspension.

VICE: An anti-gay marriage Japanese official doxxed a gay couple on his personal blog. (I thought I was the last person with a blog.) 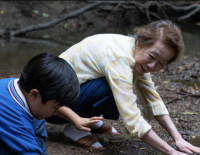 were a mercilessly efficient affair, consisting of an hour-long Zoom package. Nonetheless, the winners made history — all four acting winners in the movie categories were POC: Chadwick Boseman and Viola Davis (Ma Rainey's Black Bottom), Youn Yuh-jung (Minari) and Daniel Kaluuya (Judas and the Black Messiah). I think Yuh-jung's win over Maria Bakalova (Borat Subsequent Moviefilm) was not terribly surprising (and she so deserves it!), but I was shocked that Davis (who also deserves it) pulled this off; it had felt like she was sort of taken for granted in Ma Rainey's Black Bottom, and that it would go to Frances McDormand (Nomadland) or even Carey Mulligan (Promising Young Woman) — all of the leading actress nominees are outstanding.

REUTERS: Sixty percent of Republican voters think the 2020 election was stolen, and half believe the January 6, 2021, riot at the Capitol was a peaceful protest or was ginned up by Antifa. (I guess they take the phrase “lyin' eyes” the wrong way?)

JOE.MY.GOD.: Rep. Paul Gosar (R-Arizona) is not a fan of OnlyFans — and it's because of a 1910 law against paying to transport women (loophole pics?) across state lines for the express purpose of prostitution.

One by one, Pastor Jim Conrad introduced seven new members, which in the Baptist tradition have to be approved by a majority of the congregation. He didn’t mention that Brockton Bates and his partner Skyler were gay nor that another new member was transgender. He didn’t have to. His church knew who they were accepting and had spent the last two years coming to terms with the fact that inclusion for Towne View had to look different than what was required to remain in the SBC, whose bylaws state that “churches which act to affirm, approve, or endorse homosexual behavior would be deemed not to be in cooperation with the Convention.” 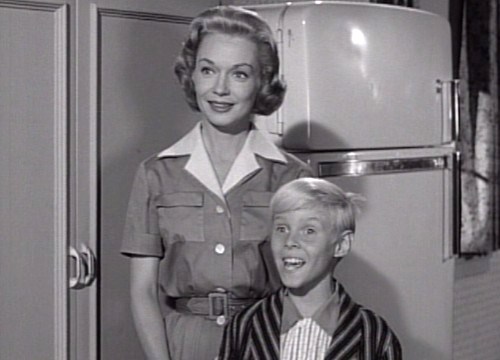 Yes, she was still with us! Incredible longevity. (Image via video still)

GR8ERDAYS: Gloria Henry, a '40s and '50s B-movie star and the lovely mom on TV's Dennis the Menace has died just a day after turning 98.

WOW REPORT: Hey, don't feel bad, others are hurting, too. Someone just sacrificed their Hamptons home for $145M — $30M under asking price!

YOUTUBE: No, Randy Rainbow isn't irrelevant post-Trump! Check out his take on that embarrassing run-for-the-border event staged by the GOP:

INSTAGRAM: It would've been Bette Davis's 113th birthday — and don't think she couldn't have done it, either!