ABOVE: Back to the beach. Euphoria me, and me — you know the rest. (Image via Man About Town)

MAN ABOUT TOWN: Jacob Elordi covers Man About Town, and talks about his career-making role on Euphoria:

What I like about Euphoria is we don't need to spell everything out all the time. If people are feeling a kind of way, it's human. If they are that, it's human. The show throws you in there and lets you know, hey, these are the people, this is who they are. Now, watch them play.

INSTAGRAM: Madonna has been on a roll with outstanding selfies and glam looks lately, and topped off her latest with a sensual make-out session with BF Ahlamalik — that includes sharing pot smoke. 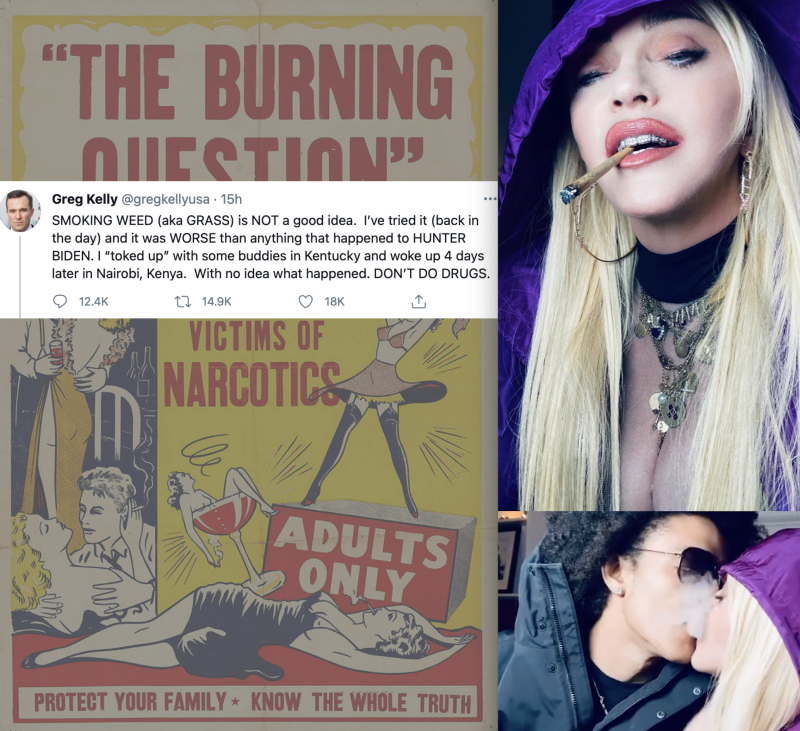 I betcha the % of Fox News WEED (aka GRASS) smokers is ... high. (Image via Twitter)

TWITTER: Fox News tool Greg Kelly warned people against the dangers of drugs, only to come off sounding like he has a bad case of reefer madness. I'm so very sorry, but nobody has ever smoked pot and woken up on another continent.

PEOPLE: The body of Evelyn Sakash, the 66-year-0ld Emmy-winning set decorator missing since September, was found in her own home under a pile of debris. Her hoarding apparently concealed her death, which is not suspected to have been the result of foul play. I hope she died and then was covered, rather than being trapped and dying that way.

I was on a call with the White House today with all of the governors talking about the specifics of this package and I was shocked by how much doesn’t go into infrastructure.It goes into research and development. It goes into housing and pipes and different initiatives, green energy.

OMG.BLOG! (WORK UNFRIENDLY): So Lovely John appears to be sincere, meaning camp is alive and well! 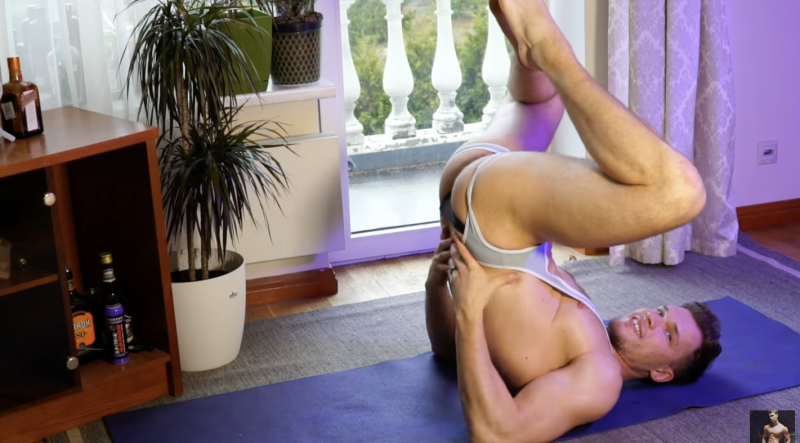 Yoga wakes him up. (Image via video still)