Senator, you're no Jack Kennedy. (Images via video still)

TWITTER: Sen. John Kennedy (R-Louisiana) smugly asked Stacey Abrams to explain why she is against the new voting law in Georgia, and why she finds it racist, only to then try to trip her up with constant interruptions — and he was in for a surprise: The woman who was just nominated for a Nobel Peace Prize was PREPARED.

"Ok, I get the idea. I get the idea" -- Stacey Abrams gave Sen. John Kennedy waaaaay more than he bargained for when he asked her to list off provisions of the Georgia voter suppression bill she objects to pic.twitter.com/PP7s7ZltMS

COLUMBIA DISPATCH: Ma'Khia Bryant, 16, was shot dead by police Tuesday after she called the cops in Columbus, Ohio, over an altercation with other girls. Bryant apparently had a knife, but there is no indication officers made any effort to assess the situation, let alone de-escalate things. The excuse is that they have to shoot when someone is about to injure or kill someone else.

COMPLEX: Some people still think — and gay people are among them — that celebrities come out as nonbinary or gay or trans for attention and success. Lil Nas X was sick of hearing that, so challenged people to name 5 successful gay men of the past 10 years. 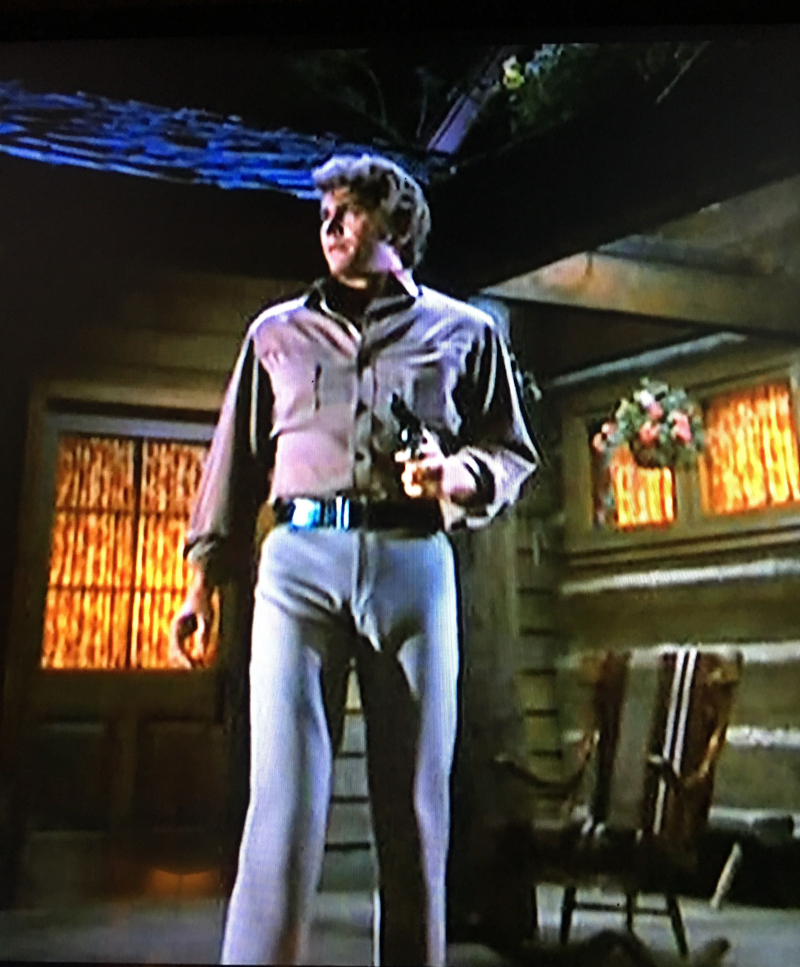 GR8ERDAYS: A slew of TV and movie stars showing VPL — bulge-tastic! (The pic above is a video still of a young Michael Landon.)

DAZED DIGITAL: Sounds like Cher is game to pop up on RuPaul's Drag Race.

HUFF POST: The Biden DOJ, headed up by Merrick Garland, has announced a sweeping probe of the Minnesota PD in the wake of the conviction of Derek Chauvin for murdering George Floyd.

PINK NEWS: For some odd reason, creator Ryan Murphy says of his upcoming Halston Netflix project that Ewan McGregor wasn't just surprisingly right for the titular role of the iconic fashion designer, he “was the only choice.” High praise for his star, but also a none-too-subtle warning to take it or leave it, viewers.

KENNETH IN THE (212): The origin story of Animotion's “Obsession.”

EXTRATV: RIP to burlesque legend Tempest Storm, 93. She dated Elvis, won Best Props in Hollywood at the satirical Mickey Awards (to which she was escorted by Martin & Lewis), married Black singing cowboy Herb Jeffries, earned 100K a year in the '50s with her 41s and stripped until age 82.