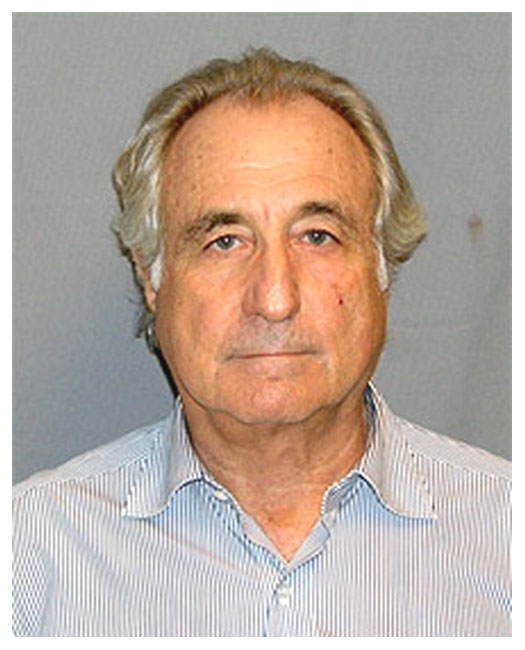 Bernie Madoff has reportedly died in prison at 82. It is believed to have been a death from natural causes, and he had been known to suffer from end-stage renal failure and possibly cancer.

The Ponzi schemer — his was the world's biggest such fraud, to the tune of $64.8 billion — and sociopath was probably one of the most hated men in America at the time of his passing.

Madoff defrauded about 4,800 Bernard L. Madoff Investment Securities clients, and for every celebrity name — Kevin Bacon & Kyra Sedgwick, Jeffrey Katzenberg, Rue McClanahan, Elie Wiesel, Larry King — there were so many others who lost their life savings and, in many cases, every penny they had.

He also destroyed his family by ensnaring them in his web. His brother was sentenced to 10 years in prison, and his sons, who had told authorities their dad confessed his entire operation was “one big lie,” were so shamed that one took his own life. The other died of lymphoma.

Working on Wall Street from 1960 until his 2008 arrest, he was played by Al Pacino in the acclaimed Netflix film The Wizard of Lies (2017) and had become over the years a pop cultural touchstone, always with a negative punchline.

At the time of his death, Madoff was serving a 150-year prison term.

He is survived by his wife of over 60 years, Ruth Madoff.