ABOVE: Incredible story, and image.

BELOW: Keep reading for a coming-out, Biden's executive orders on gun control, a mass shooting with a famous perp, Maluma's sweaty workout and more ... 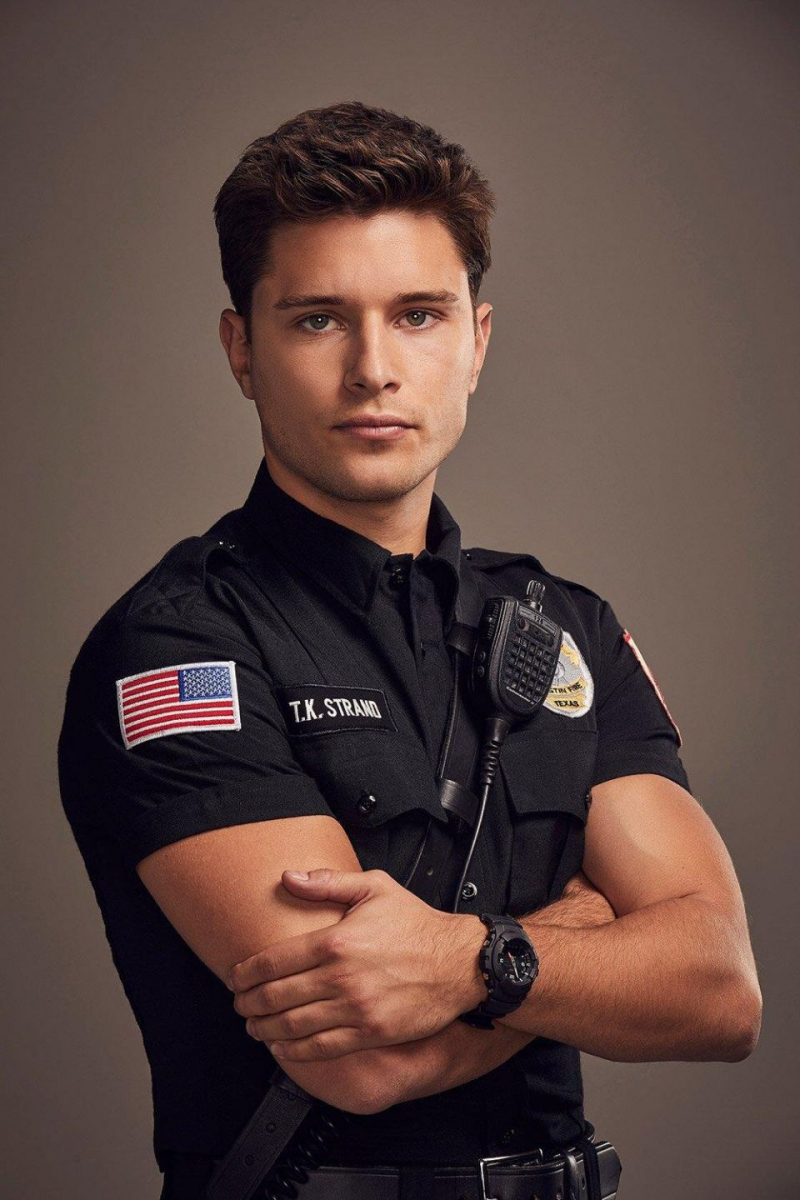 The uniform alone is questioning. (Image via FOX)

VARIETY: In an interview with Marc Malkin, 9-1-1: Lone Star actor Ronen Rubinstein, who is from Staten Island, New York, comes out as bi, saying:

I fully identify as bisexual. I literally just got goosebumps saying that. It feels so good to talk about it, it feels so good to finally be comfortable with it ... The biggest thing for me is where I come from, it’s like people like me and people who have identified as bisexual or gay or as any part of the community, you’re just not welcomed. It’s as brutally honest as that. It’s either you faced insane amounts of profanity, like the F-word was thrown around all the time or you would get your ass kicked if you were gay. So there was definitely a fear of sort of embracing how I felt. I was definitely more aware of it in high school. I was aware of my feelings and how I started looking at men, but I couldn’t talk to anybody about it.

I'll never get tired (or grouse WHO?) when a public figure comes out as queer in any way. It's all good. Always. ALWAYS.

HUFF POST: President Biden is acting on the spate of shootings in the U.S by issuing a suite of executive orders directing the DOJ to limit gun proliferation, and to nominate a head of the agency whose job it will be to zero in on illegal gun trafficking. This is the first significant action taken on the issue of gun control in years. Over four, to be exact.

THE AP: This is crazy — the latest mass shooter,

a man who killed a prominent doctor and four others in South Carolina Wednesday — turns out to be former NFL player Phillip Adams. Adams, who had previously been treated by the doctor he murdered, shot himself to death after. The victims were the doctor, his wife, their young grandkids and a man who'd been doing work at their home. Horrific.

WAPO: Sen. Joe Manchin (D-In Name Only West Virginia) has written an op-ed defiantly stating he will not only never vote to end the filibuster — the only way for President Biden to get anything major passed — but will also refuse to weaken the filibuster. With Dems like him and Sen. Kyrsten Sinema (D-In Name Only Arizona), there is almost zero chance of tackling voting rights, and taxing the rich. 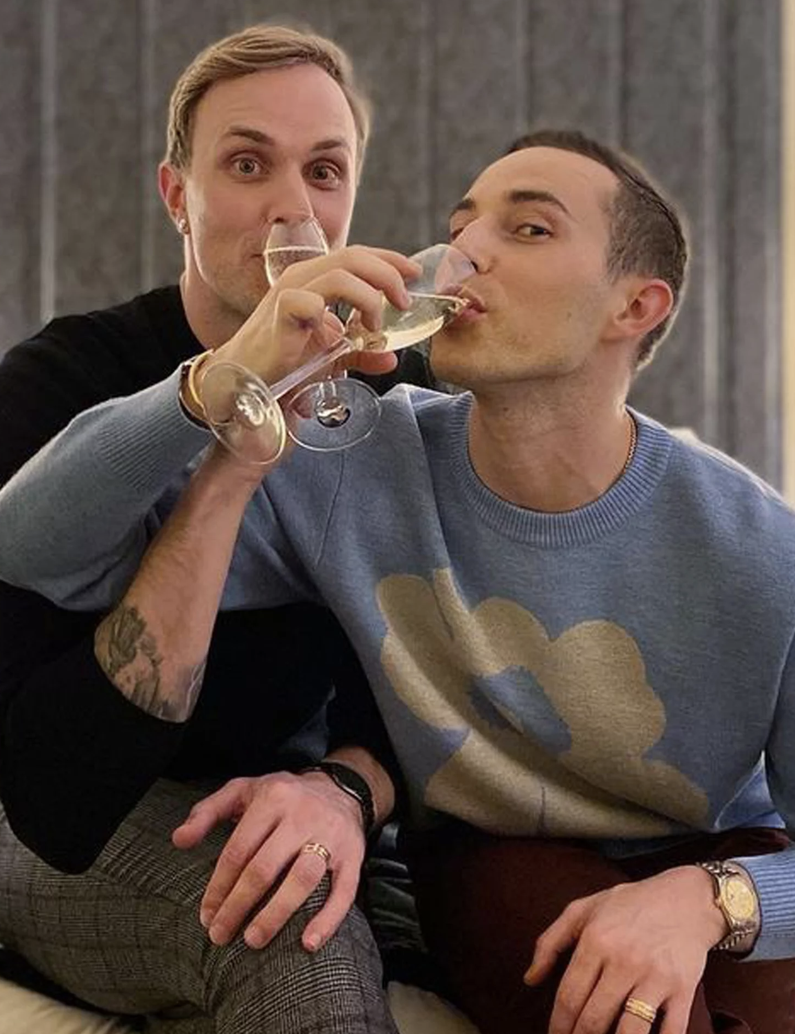 EXTRATV: Adam Rippon spent a whole year during the pandemic not seeing his fiancé. Now, they're planning to get hitched — and the Olympic showman is talking to Cup of Joe about his surprisingly low-key approach to the I dos.

NBC NEWS: Federal investigators are now looking into trips Rep. Matt Gaetz (R-Florida) took to the Bahamas, specifically to see whether he paid the women on those trips for sex. (In all fairness, who would do it with him for free?!) 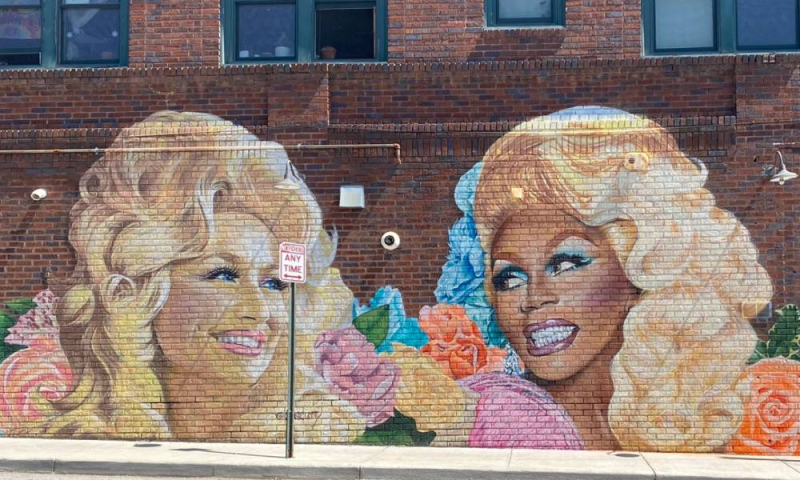 Build THIS wall, not THE wall! (Art by Gus Cutty, image via Twitter @BeautyParadeSalon)

PINK NEWS: RuPaul and Dolly Parton are honored with a new mural in North Carolina.

INSTAGRAM: Yes, there are more famous people born today, but Michael Spound called out to me:

YOUTUBE: Aw, You're Bald and Gay? is the title of my near-future autobiography.

INSTAGRAM: RIP to character actor James Hampton, who you may recognize from, well, EVERYTHING. So interesting that he was buddies with Burt Reynolds. Reynolds had such a mixture of funnymen as his closest comrades.